By order of the Peaky Blinders 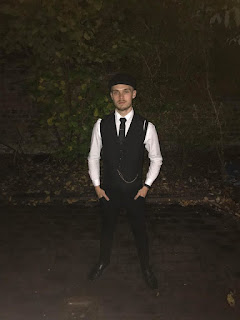 It's been one of those weekends of odds and jobs. Painting, raspberry picking, runner bean processing, cat food pouch sorting [7500 sent off at the last count with proceeds to a local school] mixed in with a recycling meeting of the three of us who now coordinate the Sussex Green Living schemes [its popularity has gone through the roof]...we've called ourselves the Horsham Wombles and a BBQ thrown in for good measure. In between whiles I've snatched a snooze or seven.

What this leaves me with is naff all in terms of blog material, but heck when has that ever stopped me! This beautiful little moth was sitting on our car. It was only the size of my fingernail and I think it's what's known as a micro moth [that said I'm no expert]. Looking at photos online it might be a mint moth. 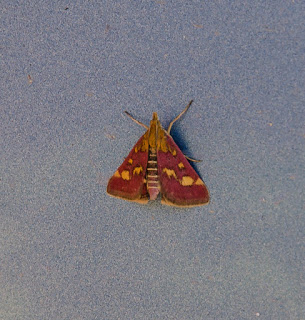 Ah yes and Peaky Blinders. This premiered on 12th September 2013 and I watched my first episode on Saturday 24th August. Loved it, but am going to have some serious watching to catch up just as they're about to start showing series 5. Always late to the party and no I haven't yet watched any GOT either!