Day off...long overdue trip into town needed...lots of errands to run. Heck why not do my best to enjoy the sunshine and inject a bit of fun in between the grunt work by snapping a few shots in passing. Nothing special, but just capturing the ever changing face of the town centre.

Temporary Horsham. There's currently a selection of hearts in the town which is part of a larger trail which goes across parts of Sussex and into Surrey. They're in aid of the local hospice and will be auctioned off to raise funds. Likewise our bandstand has been yarnbombed as part of a campaign highlighting the problem of plastic in our oceans. All the knitting was done by the Sussex Green Living volunteers. This sort of thing is so fleeting that I have to capture the images before it all disappears again. 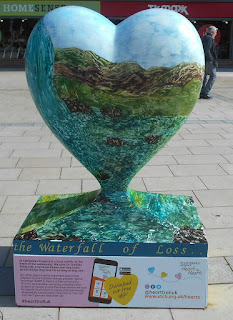 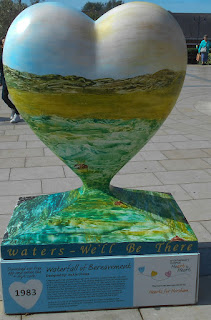 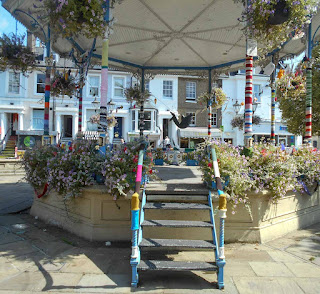 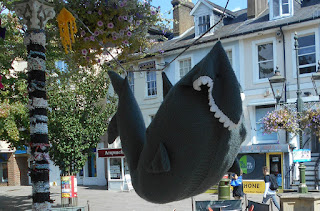 Old Horsham. It's easy to miss this delicate decoration high up above the shop fronts in our main street. It looks rather like a piece of Wedgwood Jasperware with the blue and elegant white detailing. The Scotch Wool sign has just reappeared as this particular building is being refitted before a new business moves in. The company stopped trading in the town in the early 1970s and it's remarkable how well it's survived. It won't be long before it is covered up once again. 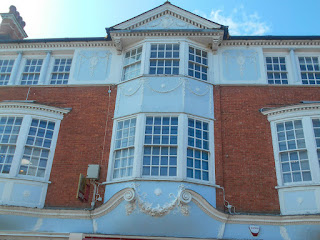 New Horsham.  A couple of rather stylish new notice boards have appeared and we have just gained one of these amazing living walls. There have been some rumblings locally about the cost of this, but I feel it must be a positive to help our beleaguered insects. 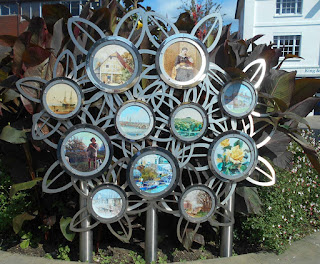 Random Horsham. This object is currently on show in our local museum as part of the exhibition they're holding. I presumed it was some sort of pub game....indeed it is and is called toad in the hole!🐸 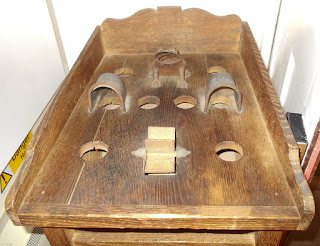 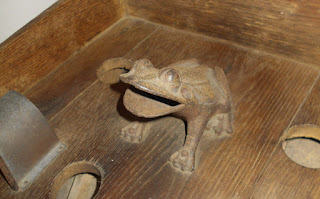 I thought that I had better round off my little trip with a pot of tea and teacake. Well it's important that we support the independent cafes isn't it now. That was my excuse anyway!