Back in 2017 https://gnatbottomedtowers.blogspot.com/search?q=rye I wrote about how I had been a little underwhelmed by Rye. I did finish by wondering if I might change my mind should I ever revisit the town with more time to spare. That time has now come! Did I find what I was looking for...why indeed I did. So do please come and join me on my alternative wanderings unearthing the more unusual. 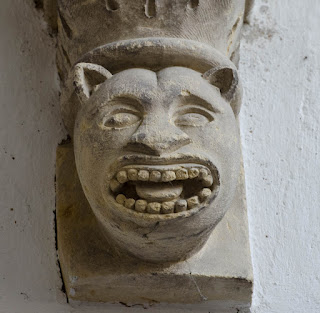 This was the one that got away last time.....I found out about this carving in the church subsequently. Obviously it was essential to a grotesque addict like me to rectify this situation. 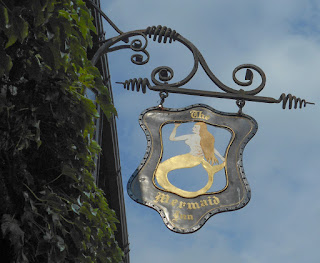 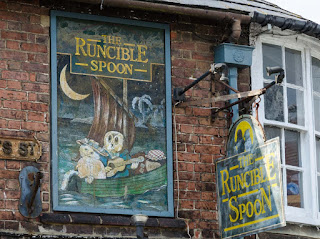 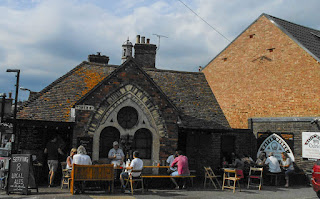 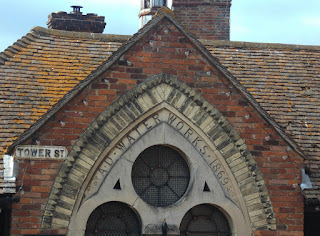 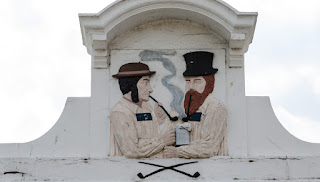 For those of us who enjoy an alcholic tipple [me!!] Rye has a mighty fine selection of watering holes. There's the Pipemakers Arms and The Runcible Spoon along with the Waterworks. It will come as no surprise that the latter is housed in the former waterworks building then. Then there's probably Rye's most famous and oldest pub The Mermaid Inn. It's over 600 years old and is known for its hauntings and association with the nefarious Hawkhurst smuggling gang. I had also heard that it has a wooden chair with a goat carved on the back which reputedly once belonged to a witch's coven. Unfortunately I couldn't spot it, but there's picture of it on the link https://bjournal.co/judith-blincow/

This just jumped out at me as I was walking past. The middle plank comes from the 15th century prison door apparently. It's now been incorporated into somebody's gate. 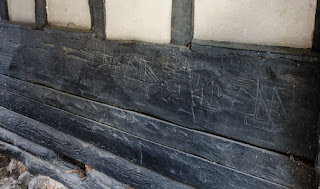 This plank is hidden up the side of the cottage Hucksteps Row cottage. It's covered in ancient ship graffiti. This type of thing is not uncommon in coastal places, but I've only encountered them before in churches rather than on domestic dwellings. It is opposite St Mary's though. 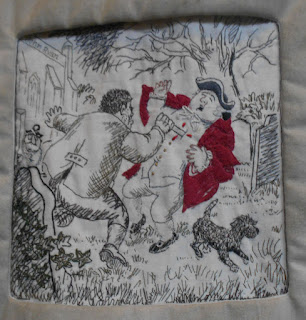 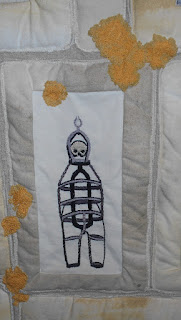 Let's finish with a gruesome tale of mistaken identity from 1742. One butcher by the name of John Breads didn't take kindly to the mayor, James Lamb [his house is now owned by the NT] fining him for selling his meat at inflated prices. He decided to wreak his revenge and do away with Lamb. On the night in question and in his capacity as mayor, Lamb was due to attend a banquet for which he would be wearing his distinctive red cloak. However, he was ill that night so sent his brother-in-law, Alan Grebell, to represent him and it was he who was fatally stabbed by Breads. Breads was executed and his skull remains within its original gibbet which is now housed in the town hall. It is not on view to the public.

Perhaps not your typical tourist review!