I don't know about you, but whenever I've seen photos or footage of Dungeness it's looked wild and desolate...like the end of the earth. What I didn't expect to find was that it was buzzing with people pottering around enjoying the delights of the pub/cafes or the art studios. I guess that's down to it being the clement time of year and only being a few miles away from Lydd and Camber Sands! Return in November and I'm sure it would be bleak. This was the final part of what Mr GBT chose to do for his 60th birthday weekend.

For this set of photos Mr GBT had to be my eyes...there was no way I was climbing the old lighthouse. This one was opened in 1904 by the Prince of Wales. Its replacement can be seen in the second image which was put into service in 1961 and fully automated in 1991. 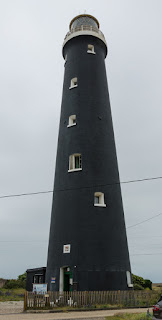 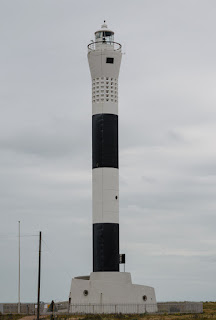 Some of the views from the top- am rather partial to those snazzy red chimneys on top of the white houses. 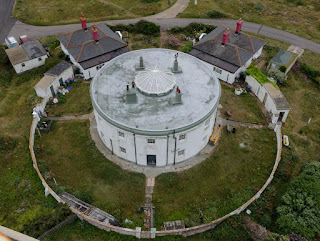 For anybody who likes a geeky fact or three [me!] this is the great lens which weighs about 3 tons. Its light shone out  at 20 million candle-power and it could be seen 20 miles away. 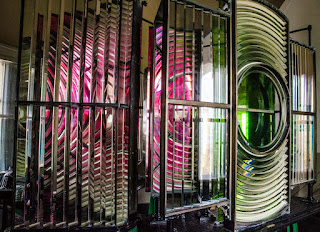 Some of the homes. On that particular Sunday the pub car park was full of vintage cars. I quite like the effect of the colour of the cars picking up the colours nearby. Purely accidental of course! 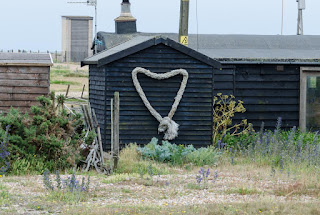 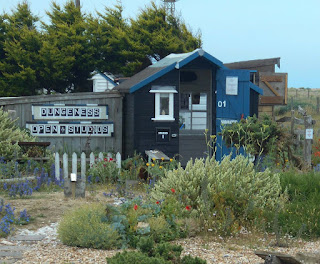 What struck me the most though was the abandoned rusting metal objects and the boats just quietly disintegrating. I found it strangely moving 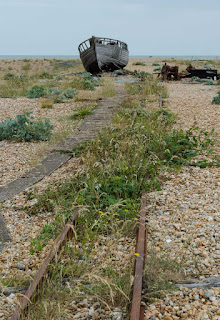 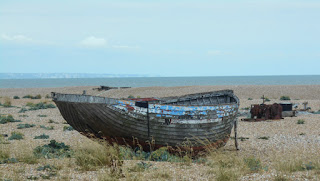 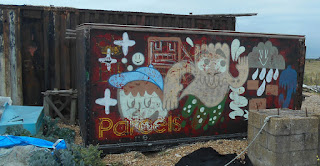 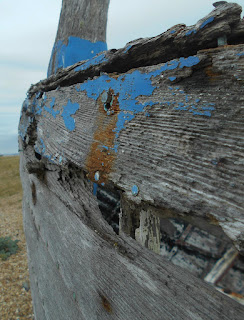 Although my natural inclination is always to head inland, I really relished this unusual coastal landscape.