Well seeing as I had to scotch my plans to go to London on Tuesday with Arty L due to not feeling well, I thought perhaps you might not mind me inflicting a few more photos of my trip to Guildford upon you instead!! Ice Badger and I did what we always do...just mosied around and stopped at anything that caught our eye. Naturally such wanderings were interspersed with essential cafe stops. After all we are there to support the local businesses....well that's my excuse and I'm sticking to it!

The river Wey runs through the centre of the town. This bridge looks to be normal scale until I tell you that the railings running along the top are only waist height. The arches are tiny. A bit like these weeny "doors" that run around the base of the nearby church. I know people used to be much shorter than today, but I don't think they were ever pygmy sized were they?!!  I believe that the river has been up over the past few weeks with the storms we've recently had and the evidence of the flood protection over the church door. Ironically the sign recording the highest ever flood level was right next door to it. 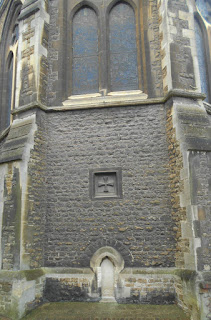 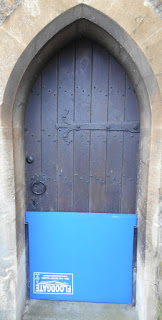 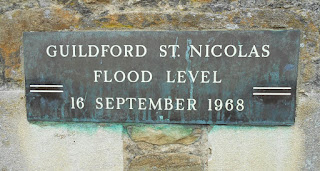 Ice Badger pointed this delightful street name out to me. It used to colloquially be known as "Piss Pot Alley"!

"The Bargeman" stands next to the riverbank. The way one of his legs has dissolved into a molten pool of metal fascinated me, but I'm not quite sure about that expression on his face...whether he's incredibly jovial or slightly unnerving! 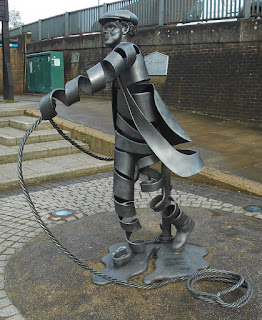 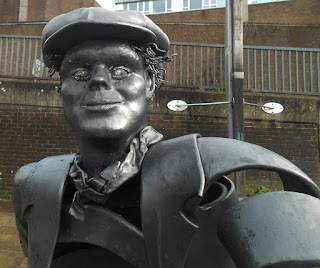 This rather grandiose edifice is there to disguise a tunnel entrance, but as it stands opposite the castle [in the next photo] it blends in well with its surroundings. The rather poignant memorial to the young man who drowned trying to save another boy is hidden away on one of the inner walls. 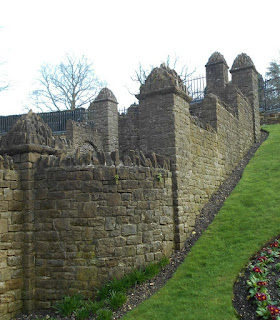 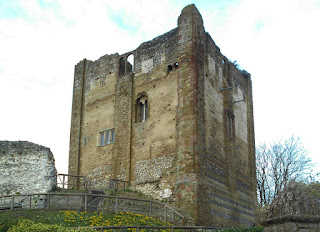 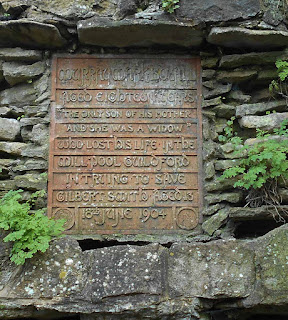 The original castle was Norman, but it's seen many changes over its time. At one time Eleanor and Edward I lived within its walls as recorded in this archetypal and rather fabulous 1972 sundial. 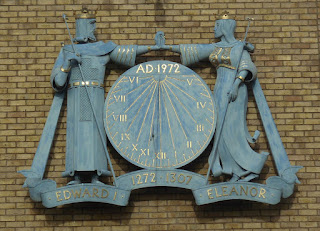 To finish a few eyecatchers we came across as we meandered back to the park and ride. I'm sorry, but that fake dormer window isn't fooling anybody!! 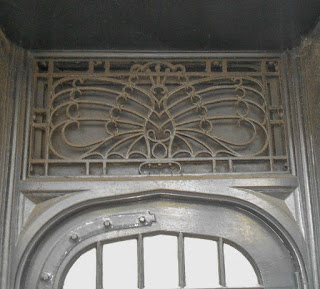 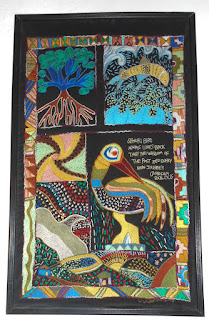 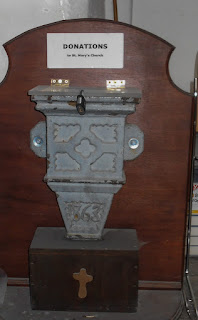 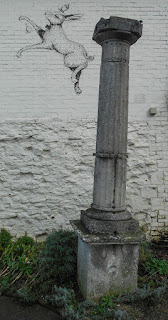 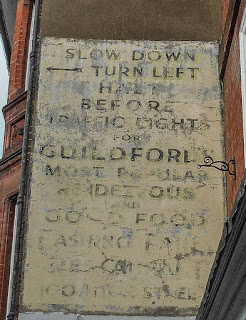 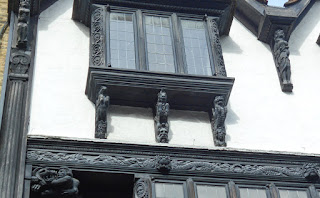 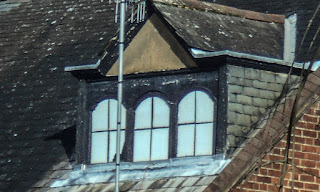 We have promised ourselves that we will return to look at the cathedral another time. Unfortunately it's a bit of a way out of the town centre so will need a separate trip.