An afternoon of adventuring.

That's how friend E described our stolen afternoon out last week when we were both unexpectedly off work. I had a nose around to see what was open fairly near to us, but what would also be new to both of us. Albury in Surrey fitted the bill.

Being a church crawler being able to enjoy the tranquility of old churches is something I have really missed this year. Whilst I enjoy looking at graveyards it's the interiors I favour really. Thankfully the CCT has been able to open many of its charges on a daily basis with there being no services there is a much lower risk attached. SS Peter and Paul is the old parish church, but the main centre occupation in Albury developed elsewhere and so it was replaced by a Victorian one in the village centre. Many of the original fittings have been transferred across. This one is a Saxon one [the cupola is 19th century] with later additions, but as you look up to the tower above you it's possible to see where the different levels of the Saxon floors once lay. 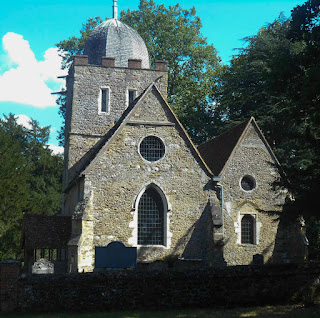 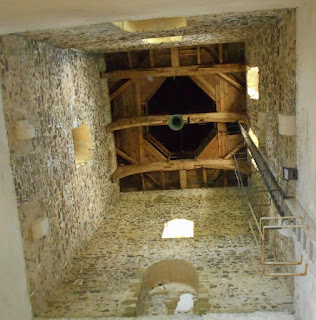 Although it's fairly bare inside it has some rather lovely details remaining. The brass commemorating the death of one John Weston [d 23 November 1440] might not be exceptional in itself, but when I looked at it closely you can see that he's depicted standing on a hill with trees on top and lots of little flowers growing. 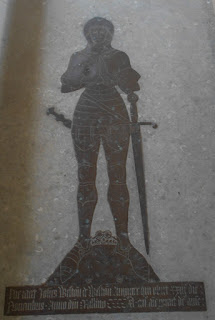 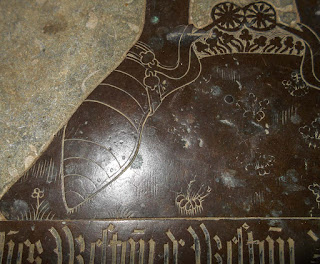 There is the much vaunted Drummond chapel to admire too. High Victorian is not my taste, but it was impressive. I muttered to E that it looked like something Pugin would have had a hand in...I found out later that that was because it was decorated by him! 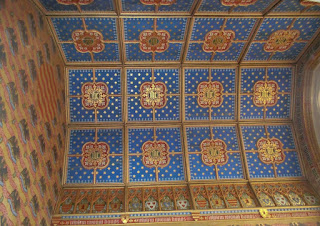 Now this was much more to my liking. A 15th century depiction of St Christopher carrying a rather oversized baby Jesus. It faces the North door and apparently [I can't vouch for this] if you caught a glimpse of this saint in the morning you would have a safe day. 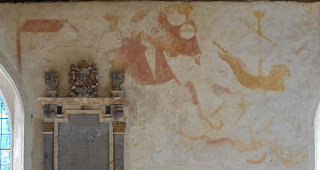 Now the plan had been to go on elsewhere after here, but adventures need surprises and unplanned bits, so we made an unscheduled stop in the village itself. Am so glad we did as it is charming...even the bollards echo the design of the brick chimneys. 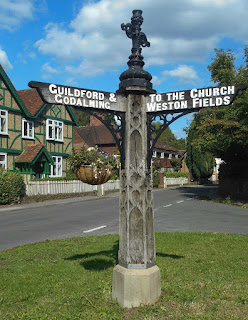 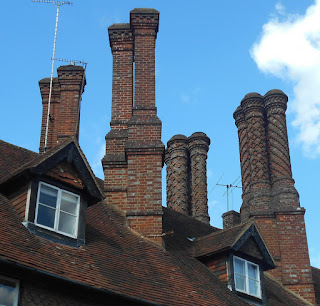 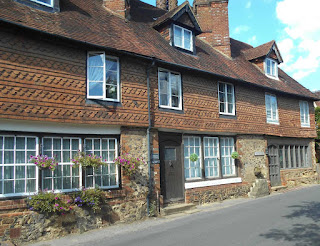 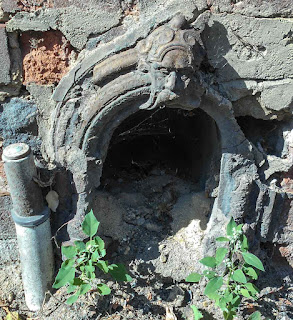 Inevitably we ran out of time. No worries....Mr GBT and I shall be returning to carry out a full exploration of the other place I had in mind this coming weekend!
Arilx