I'll spare you the history lesson as anyone reading only has to hear the date 1066 and you'll know that it's the Battle of Hastings. Unusually accompanied by TYM [his choice], we recently enjoyed visiting the supposed battle site [it's exact position is now thought to have been elsewhere in the town]. Just a handful of shots to give you a flavour.

The rather magnificent gatehouse now acts as the entrance [this is the view from inside] and from here you're able to take a walk around where the course of English history was radically altered in a brutal  and bloody few hours.  All along the route there are a series of rather fabulous carvings representing the Norman and Saxon sides. 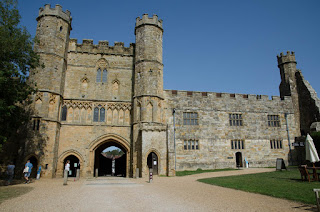 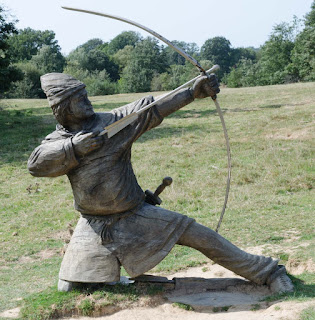 The Abbey was founded in 1070 by William I to assuage his guilt at the bloodloss caused by his invasion, but following its dissolution in 1538 only the ruins remain. Some have been incorporated into the main fabric of the Battle Abbey School building which stands nextdoor. 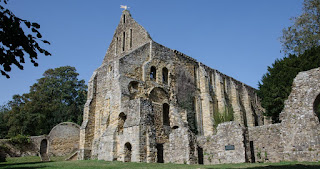 Before it passed into public ownership in 1976 this was a country estate for many years. Apparently this is an early 19th century icehouse. I have my doubts....surely I can't be the only one that can see it's a hobbit hole can I?!😉 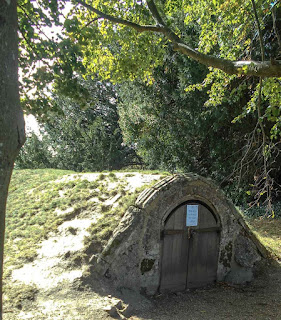 A few areas have been closed off due to safety issues. However, there were a few cases of items on display in one of the towers. This broken piece of slate started out life as a teaching aid for the choristers to learn how to sing polyphony [a way of singing with lots of harmonies I understand], but when it broke it became a note for some 15th century accounting reminders including the repair price for a pair of boots. 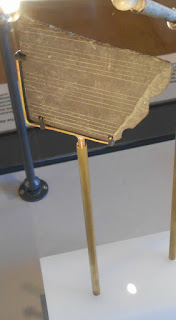 Seeing as all things gargoyle/grotesque have been severely lacking this year on my blog may I please leave you with this fellow who seemed to watching on at our antics with some amusement! When I get my act together I'll pop up some photos of the town too next week. 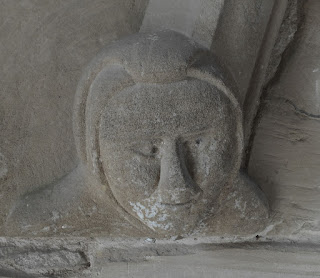