I was led to believe that the morris dancing white stag head was an inanimate object. I think I may have been misled if the following photos are anything to go by. The mask was left under the table safe and sound, whilst I went to dance in a set and was still there on my return. It would appear though, much to my amazemen,t that he had STAGgered off in my absence in search of his own amusement.

A spot of hide and seek for the museum visitors 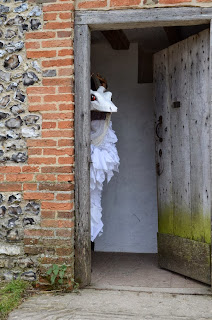 And a free lunch 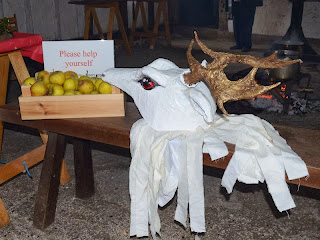 I strongly suspect that he may also have supped a mulled cider or three as one of his antlers is now set at a somewhat more jaunty angle than previously. He appears to have had a most merry time!