St Botolph's, Hardham, West Sussex is a small late Saxon church. Whitewashed, it is charming in its apparent simplicity yet it hides an amazing interior. It has one of the best preserved set of medieval frescoes in the country and apart from the 19th century damage, these are pretty much complete. It forms part of the so called Lewes Group because it is believed that four churches in total were painted by a single group of travelling artists and this one, along with one of the others, probably belonged to the Cluniac priory of St Pancras at Lewes. I fully intend to get along to visit the other ones in the series in due course. I have visited before, but this was a spur of the moment decision when I was out with my chum E and we just pulled off the road to give her a chance to enjoy them when we were en route elsewhere last week.

Here are a few shots for you to enjoy [that's not a command by the way!] 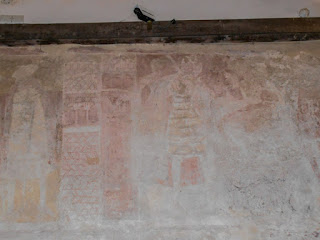 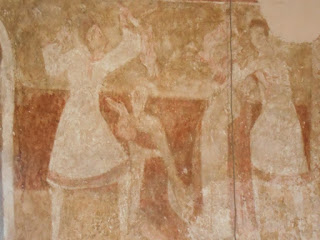 This is dear old St George on one of the crusades. 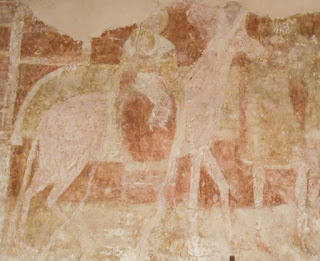 And Adam and Eve. How fab are they- definitely my favourite. They apparently mark a move away from earlier styles as they are less realistic with their elongated bodies and small heads. 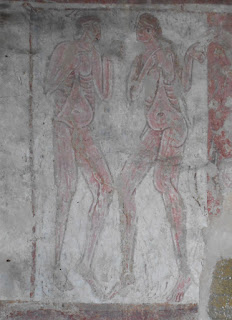