The Time of the Ancestors 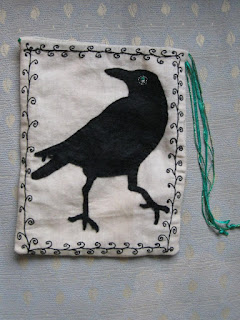 As the wheel turns again and we approach Samhain, my thoughts turn to  the thinning of the veil and to my own personal ancestors, both those known and unknown. Probably because it was her birthday on 19th October memories of my Nana have been at the fore.

Born in 1903 Nana was of the generation which saw great changes. She left school at 12 and always embraced new technology. Back in the 1980s she was the first in the family to have a microwave- anything which saved time and labour got her vote. For her having had to do everything manually it must have been a marvel- she was always one to drive rather than walk! I suspect had she been alive today she would have been up to speed with the internet and using a mobile phone.

During the 1920s she had her hair cut into a bob and shingled up the back. Quite what her parents thought I have no idea! The week was spent making a new Flapper dress for the dance at the weekend and Saturday morning practising her dance steps on a wooden floor with her friend. The noise they made must have driven anyone else in the house to distraction. If she wasn't overly keen on her current boyfriend she was known on occasion to arrange to meet him on the corner at a specific time but actually stand him up in order to meet another chap elsewhere.

Later on in life, after she had been widowed, she turned down the marriage proposal of an old miser she was housekeeping for with the famous putdown "I wouldn't marry you if your arse was stuffed full of diamonds". I would imagine that he knew where he stood after than particular exchange. Eventually she married for a second time- her husband had also been bereaved. They were the remaining partners of their best friends and had got to know one another because they had adjacent beach huts. Widowed again, at 77 she spent three months in Australia and New Zealand visiting family and friends. She died in 1988.