So there I was pottering around the high altar in our local church last week gawping at the artistry of the florists [see yesterday's post if you're wondering what on earth I'm wittering on about!] when I happened to glance up.....only to get the shock of my life.... this pair of eyes staring down at me. 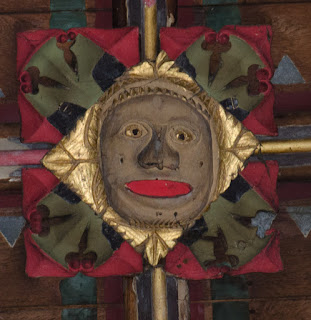 Now I should explain that I would have been far less surprised if I was in a church that was unfamiliar to me. As a church crawler you never know what to expect, but when it's on your home turf in a building you "think" you know [I got married there in 1993]. Well knock me down with a feather....I honestly thought I'd explored this place from top to bottome. I'd already discovered whimsical faces and grotesques on the outside and later on a crocodile and bear on the steeple which a friend pointed out to me. I really believed that the ceiling inside was just a mass of foliage, angels and flowers. All very pretty but not in the quirky category I favour and I had looked before. Clearly I hadn't followed my own maxim though...the one that states nose in corners and up against beams. In fact anywhere which is difficult to spot! A return trip with Mr GBT and his decent camera turned up trumps. I don't know how old they are but there was a lot of work done in the Victorian era so they may date from then. 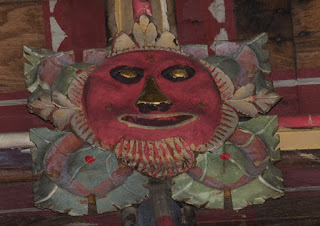 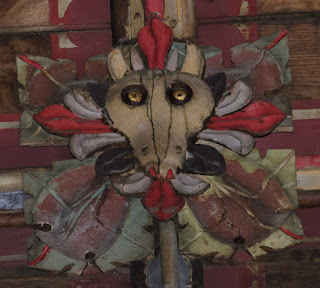 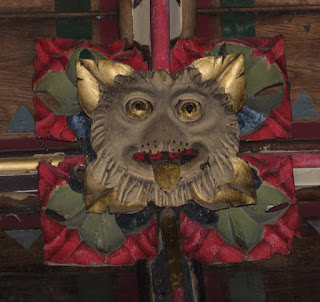 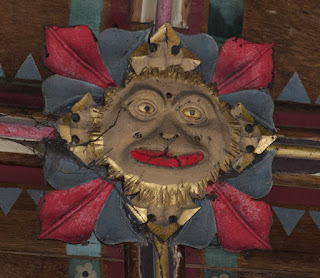 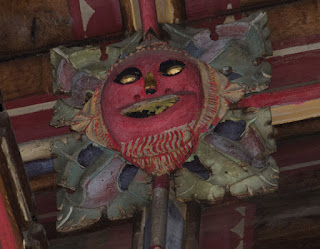 Some of them are a tad on the creepy side but I am still buzzing. Ever so slightly delighed..woohoo!