My Dad is a keen walker and leading many groups means he knows parts of West Sussex like the back of his hand. Having asked me last week if I'd be interested in seeing the banks of bluebells he'd shown others earlier in the week I didn't hesitate to say yes. Were there bluebells? Why yes as far as the eye could see in Fittleworth Woods, but there was a whole heap of other interesting things too! 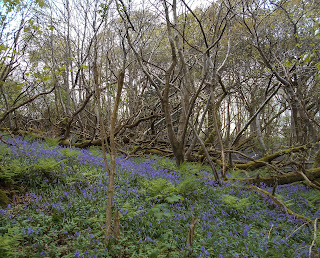 This is the Bedham Mission which was set up in 1880 by the Mitford family. It was a combined school/chapel and was originally intended to educate the children of the local charcoal burners. It hasn't been used since 1959 and judging by the fireplace full of human hair, I'm not sure that I want to know what's going on there now. Possibly not a place I'd care to go after dark. 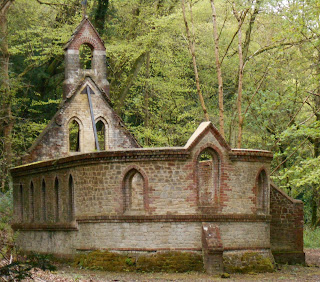 In spite of the blooming freezing conditions the Spring flowers have all come on in one great rush and the hedgerows were brimming. Here we have Cuckoo Flower, White Comfrey, Green Alkanet, White Deadnettle and Red Campion. It doesn't matter how many times I see these I am always excited by their return. 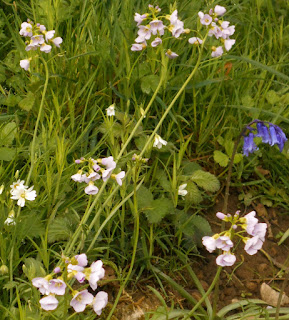 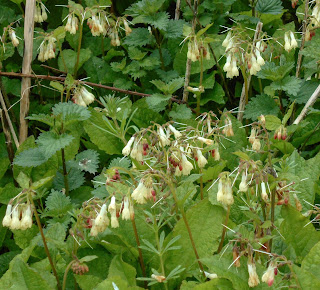 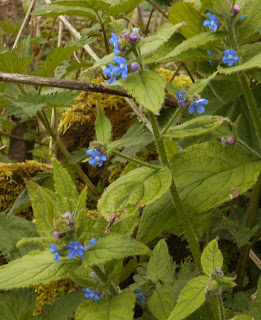 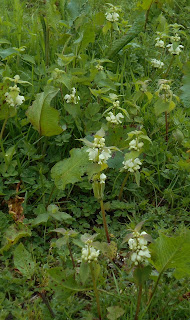 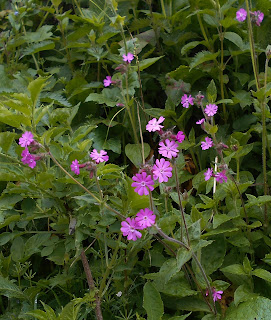 This rather erm unattractive fungus is known as Jelly/Jew or Judas Ear and it grows on the Elder. It was supposedly the tree Judas chose to hang himself from. 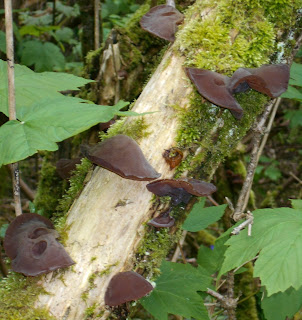 From the woods we passed into the hamlet of Little Bognor....this amazing garden belongs to the owners of the now private and non functional 12th century Crowsole Mill. If mills are your thing then I can tell you it was an overshot flour mill which stopped working in 1895 or so the brass sign said on the wall nearby! 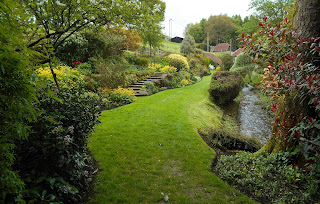 This owl weather vane across the road rather took my fancy...I like the fact that it is reversible. 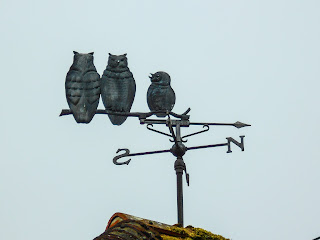 As far as I'm concerned all good walks [ours was more of a gentle amble to be honest] should end in a village with a good pub and church. This beautiful 17th century Flemish window [by an artist called Roelant] has been recently conserved and celebrates the union of the De Stopham and Barttelot families via the marriage of Joan De Stopham to John Barttelot in 1379. Incredibly there are still Barttelots living locally. Joan is one of the three daughters depicted. As for those strangely men/women images...don't ask me....no idea!! 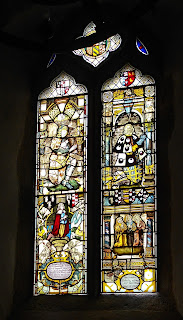 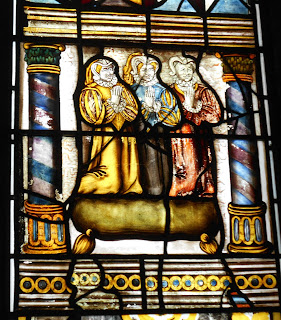 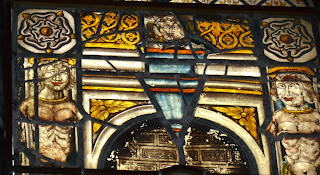 The White Hart at Stopham is right on the river and the 15th century bridge had to be raised later on in its life to allow taller boats to pass under. It's now a scheduled monument. 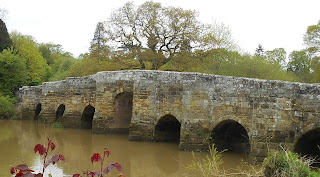 For me though the final delight was spotting what looked decidedly like another fairy door through the door of the bar. Curiosity got the better of me and I asked the barmaid about it...it fills a hole in the wall apparently and is the home of the beer fairy. Better still she kindly opened the door and invited me behind the bar to get a better picture. An inn with fairies and which serves my new favourite tipple....Strongbow cloudy cider is always going to get a big fat tick from me! 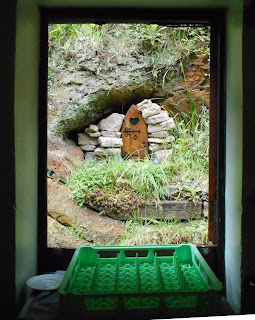