There is an excellent title called "Medieval Graffiti" by Matthew Champion which has opened my eyes to a world of hither to hidden scratchings on the columns and around door jambs in churches particularly. Once you start to find them it all becomes quite fascinating.

Champion suggests that most of the images would have been done with shears which were a common tool available to everyday women and men. They apparently wouldn't have been viewed as a desecration of a sacred space, but very much part and parcel of the body of the church, brightly coloured and festooned with visual images of all kinds as it would have been at the time. Some were in memorial to loved ones, others for good luck or just marking everyday life with the portrayal of musicians. Many, as you might expect, are of a religious nature. It's not a field I know a great deal about, but the book is well worth a read if you want to know more.

Expertise I may lack,but enthusiasm not! Despite it being a Mythago heavy weekend with our filming commitment and a full day at the Rochester Sweeps Festival on Saturday, I whipped into the cathedral during our lunch break and managed to get a few basic shots of some of fine examples of Medieval handiwork in there.

Ship graffiti. These are found inland, but mostly in coastal areas. 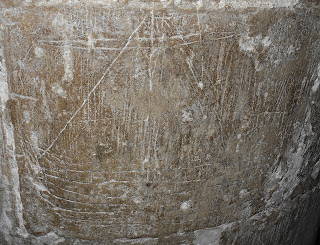 A rather strange human finger with legs. 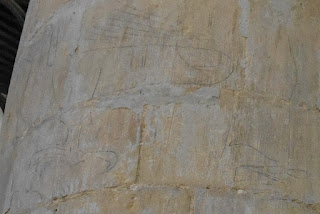 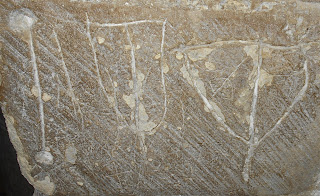 This is known as a hexfoil or daisy wheel. 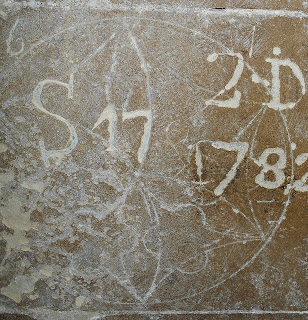 No idea what this is!

A face peering out of the gloom. 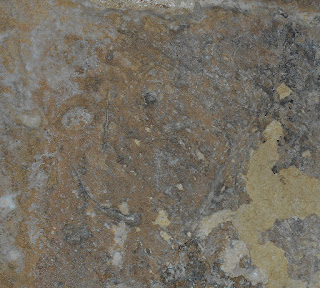 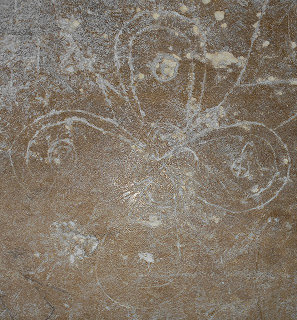 Poor old Mr GBT will be thrilled to hear there's even more I'm going to be looking out for in churches from now on!