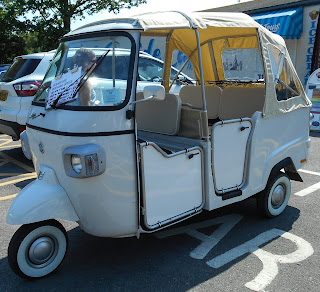 If you'd like to hop on I'll give you a quick tour of Arundel in the sunshine. Just on your left is the remains of the Dominican Priory and in the distance you can just glimpse the turrets of Arundel Castle. Our driver has danced in these ruins....lovely acoustics and a crowd materialising out of nowhere as they heard the insistent beat of the drums. 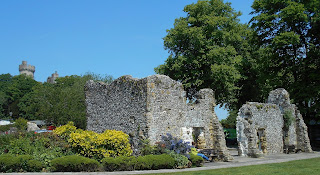 Up the hill here we have the epitome of quaint Britishness tea and biscuits. I will make a stop on the way down for anyone who cares to look further. 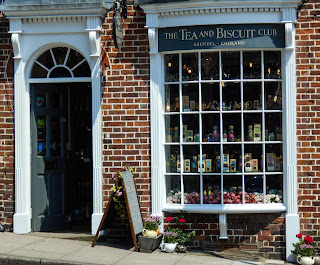 At the summit on our right we have the 14th century parish church of St Nicholas. Most unusually the far end is separated by a metal grille and denotes the Roman Catholic Fitzalan Chapel belonging the the Duke of Norfolk which can only be viewed by those who have paid to see the castle. The CofE end holds many surprises. Exotic bench ends with a rhino and a hippo, carved hexfoils described by some as demon traps, the purpose is not documented, but the likelihood is that they were there to deflect evil spirits and the "There but not there" installation. Twelve young men from the church lost their lives in WWI and their great sacrifice is marked by the clear perspex seated figures in the pews accompanied by a poppy and the name of the deceased. 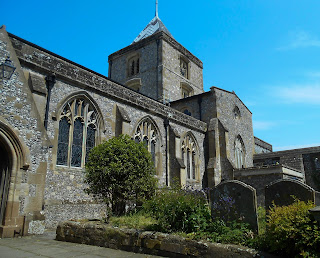 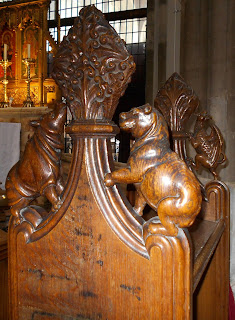 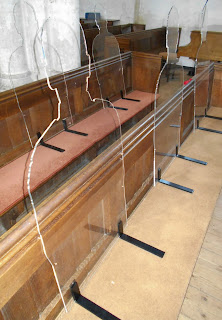 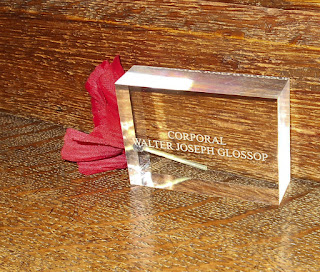 Turning round now and heading back down the hill I am just turning into Maltravers Street. Notice on your right hand side the decorated front doors. These are the handiwork of local artist Amy Fathers.

Just before we reach the end of the tour please allow me to finish with a small diversion along Surrey Street to show you a final view of the extraordinary wall seen here yesterday. 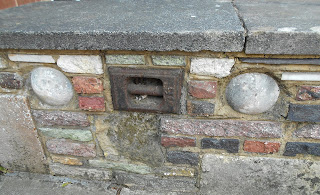 That brings your tour to an end....I hope you have enjoyed the sights. Your driver is off for a most welcome scoop of rhubarb crumble icecream.