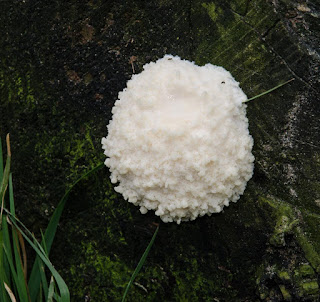 How can something apparently so pretty have such an awful name one wonders. This is my first introduction to the extraordinary world of slime mould which I now understand are neither plant, animal nor fungi. Instead they are protists. We encountered this one on a Sussex Wildlife Trust walk at the weekend. The current thinking is that this example is one called tapioca slime mould. Don't say I never treat ya!
Arilx