I'd made plans with my friend H to walk on Sunday weather permitting and all that. At the beginning of the year I'd found out about a bit of a hidden gem in the Surrey Hills which is a short drive from us here, but I'd decided to hang fire until we'd had a goodly dose of winter rain. Now that might sound like a contradiction in terms, but if you want to see one of these at their best then you need a good water flow! 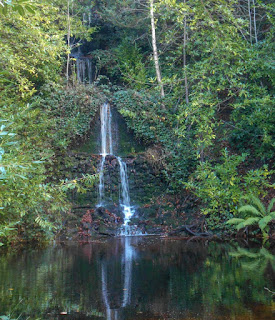 This is the Tillingbourne Waterfall which, although manmade and on private land, is situated right next to the public footpath. It's just north of Leith Hill which is always very busy with walkers and cyclists, but this area of Wotton Common which is just to the north of it is unexpectedly peaceful. We saw the one lady dog walker twice and that was it! In a wooded area you can expect to see trees and we weren't disappointed. 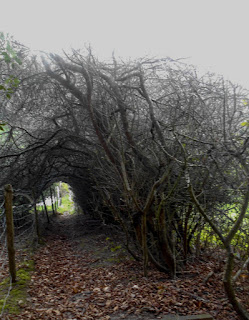 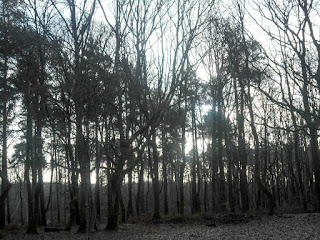 However, even factoring in the dotty speeding sign from yesterday it was like a gift that just kept giving and we stumbled across several other little immensely unusual and quirky details to please.

This is apparently known as a lamp box style post box. I've certainly never seen one shaped like that before and I don't seem to see the Edward VII ones all that often either for that matter. 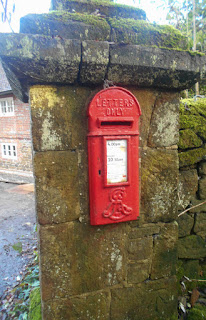 We came across this little family group of scarecrows along a deserted lane. Our first thought was that they were part of a competition, but the explanatory note on the gate made it clear that they've been there since 2013. If you double click it you can read the text. 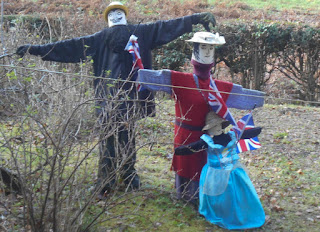 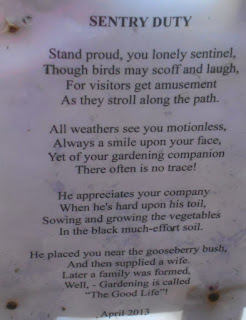 At last we get to the cartwheel...a literal cartwheel converted into a garden seat. The owner was actually in his garden at the time, but he very generously allowed me to take a photo when I asked him! 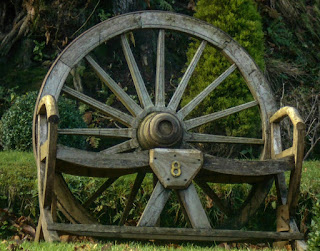 Loved every minute of our four mile wander!