The weather outside is frightful....

...But the light of the lamp delightful...yes we may not have a roaring fire here at GBT, but we do have this new light that my parents bought us for Christmas which casts the most beautiful sunset coloured glow in our dark, north facing room. 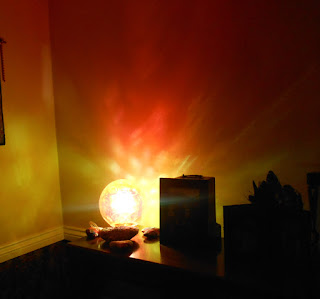 There is little doubt that the weather was veering towards the hideous yesterday, but it was my day off and I needed to get the barnet neatened up. Having checked the forecast, I set off dressed for the expected conditions and despite having caught the rain managed to miss the wind that blew in later.  For my own wellbeing I am doing my best not to write off days just because it's grim outside, so I carried out a little test to see if I could still come home feeling upbeat if I donned my home tourist head.

This Millennium mosaic is in one of the underpasses [done by Jane Sybilla Fordham and Lisa Finch] and hand on heart all I ever do is walk past it. Today I thought perhaps I should actually take a sec and look at it...one or two people who passed me gave me a rather strange look at this rather weird woman taking photos on a wet Tuesday morning! A welcome splash of colour in amongst all that grey. 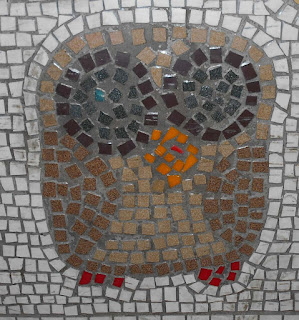 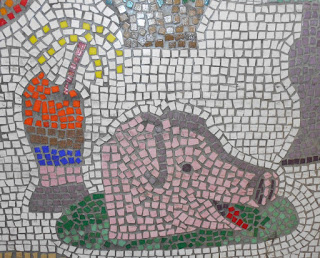 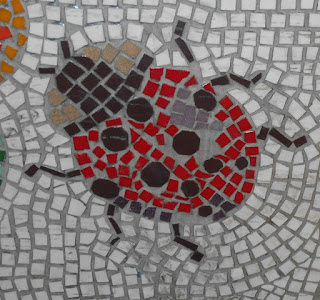 Once again I sought shelter in the museum [a favourite haunt of mine] and have apparently managed to walk straight past this rather large exhibit without seeing it. It's a sweet making machine and belonged to a local Victorian confectioner called Alfred Potter. 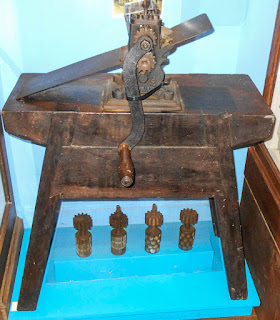 This is one of a set of earthenware figurines depicting the Sussex tradition of trug making. Little is known about the maker Alan Lainchbury. It dates from the 1970s 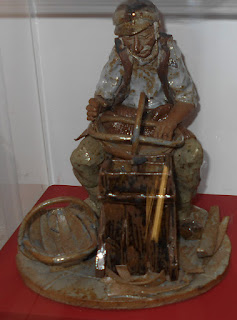 These two fellows were local pie sellers [painted by F Burstow in 1850]. The chap on the right is John Hamilton Smith and the one in the smock is Charley Price aka "Patch Price". 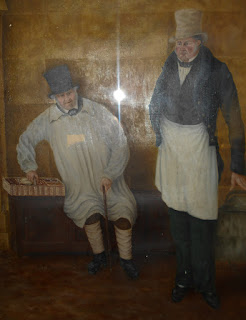 Let's just say Price was rather a notorious chap in our town back in the day. He spent his time flogging his wares alongside Charlotte Venn aka "Cherry Ripe" [her son was an infamous murderer] at the local fairs. The two of them spent much of their time drunk and he was the last person to be put in the stocks. According to a book of reminiscences by Henry Burstow Price would cause trouble for his well-to-do sister when he'd run out of funds by shouting drunken obscenities outside her house using words "hot enough to make Satan jump." She'd fling money out of the bedroom window just to get rid of the old devil. Not someone I'd want to meet on a dark night.

I think I was pretty successful in enjoying my day despite the wet stuff!