From this.....a page in a second hand book bought for a couple of quid two years ago..... 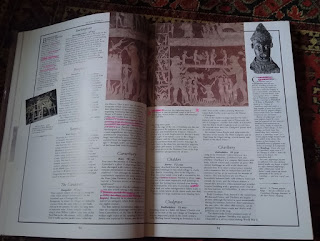 To this...... You know how sometimes when you've wanted to see something with your own eyes for a while and when you do it's somehow diminished and less impressive that you had imagined. This was the complete opposite. I was expecting something high up on the wall ahead of me....I wasn't expecting
something 17' x 11' starting at hip height on the back wall nose to nose with me. Those devils are about 3' high! This extraordinary mural claims to be the oldest doomscreen in England and was painted in red and yellow ochre approximately 1170-1200. It was whitewashed over and rediscovered in 1860. If you double click it you should be able to see more of the detail, but some of the highlights are the tree of life, the bridge of spikes over which all those naughty tradesmen are being led to their fate, the seven deadly sins depicted in various forms and the ladder of souls. 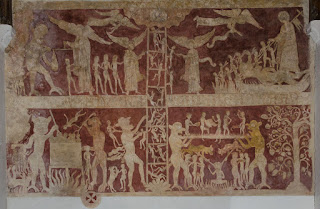 Actually the whole church is fabulous. It's very possibly built on a pagan site [many were] and was built in pre Norman times [it has retained some original Saxon features]. 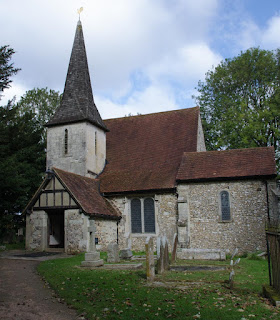 Hidden away up an isolated little country track I found it hard to believe that we were a stone's throw away from Coulsdon yet it has somehow managed to retain an ancient charm and an undercurrent of not following the mainstream way of doing things combined successfully with a modern outlook. As soon as it could this little church was back to being open 10-4 for private prayer [we made sure the church was empty before going in] and holding outdoor services. The yew is bedecked with ribbons and wooden discs with prayers, hopes and current day issues like Black Lives Matter. In the corner they have this moving cairn highlighting man's impact upon other species. 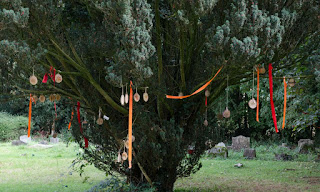 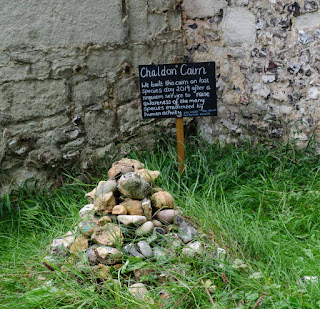 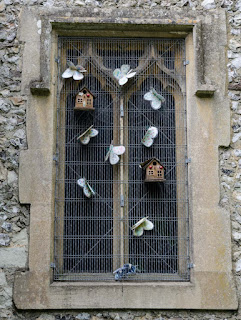 The charming window fragments are early and the intriguing solar faced detail on a Renaissance tablet from 1562. It's made from the local stone quarried at nearby Merstham. 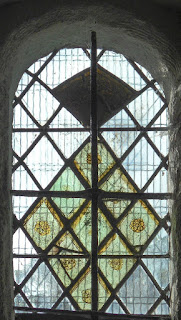 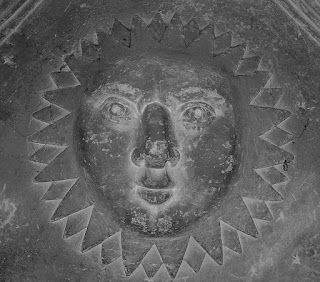 Finally this one I took as we were moving on. I wasn't even sure if I had bothered in the end, but I'm glad I did as I now understand this to be a bedhead memorial. The information would have been painted on and they would have once been a common sight in graveyards in certain parts of the country. I've learnt that there's a cluster around Croydon, so finding one nearby makes more sense. They were cheaper than stone, but for the same reason this is why most haven't survived out in the elements.

SS Peter & Paul in Chaldon has been added to my very modest list of all time favourite churches.  We popped a four mile walk on afterwards in Hope Valley which is really close to make a day of it and get the most out of the fuel used.
Arilx