In the late 13th century Anthony Bek, the then Bishop of Durham, bought Eltham Manor. It didn't meet his idea of a residence befitting his station so he rebuilt a grander affair with a moat. Upon his death it was bequeathed to his friend Edward I. He too thought it fell below the standards he would expect for his domestic arrangements as the Monarch so once again it was upgraded into a palace.

For many generations it remained as a Royal residence. The hunting was good, you could hold lavish Christmas festivities for 2000 and it could sleep 800. It also provided an excellent base for diplomacy. Henry IV holds the record for being the only King to have entertained a Byzantine Emperor in 1400. All the stops were pulled out for his visit....a joust held in his honour and even fire breathing dragons [now that is something I'd have liked to have seen!]. Henry VIII spent much of his boyhood here and I rather liked the detail that he had his own fool, John Goose, there with him. However, us humans like novelty and new shiny things. We also like whichever option is easiest and with the building of Greenwich Palace this one's days were numbered. The new palace was far easier to reach by river and Eltham was quietly abandoned. Cromwellian troops running amok in the 1640s caused damaged to an already vulnerable building and by 1663 it was being run as a farm. Little remains from this time bar a few old walls with their diapered decoration and the footprint of some of the demolished parts. The bridge is now the oldest working bridge in London 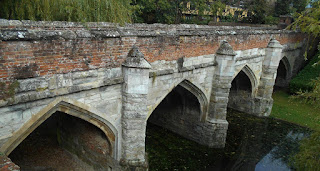 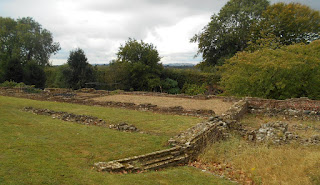 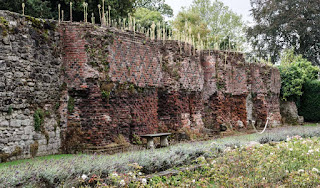 The most magnificent part though is thankfully still standing. This is the Great Hall which was commissioned by Edward IV in the 1470s. During the site's time as a farm this was used as a barn, but thankfully a few enlightened souls realised the merit of saving the ruins and restoration started in the 1820s. I'll cover the next chapter of this amazing place in tomorrow's post, but for now I'll leave you with photos from the inside of this imposing edifice with its hammerbeam roof and interior details. 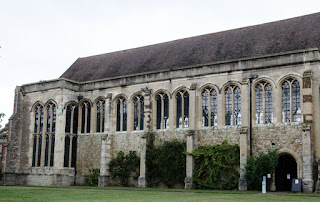 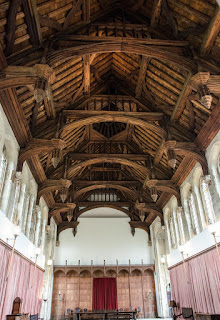 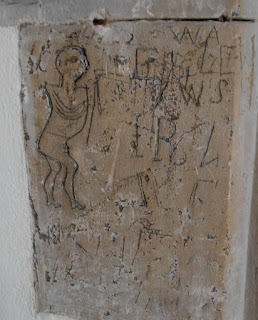 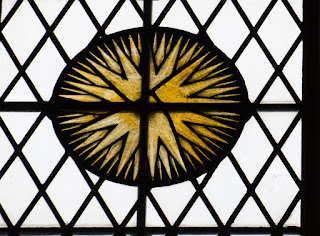 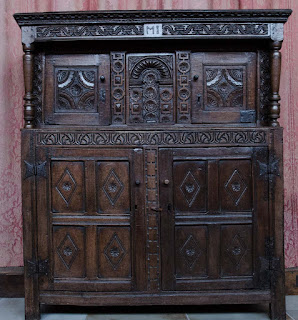 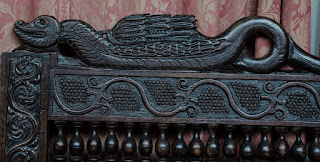