Prior at the Priory

We trundled across to East Sussex earlier in the month after Michelham Priory had reopened the parts it could to visitors. Firstly a brief potted history.... It was established as an Augustinian priory in 1229 and disbanded in 1537 [cheers Henry VIII] and spent the next several hundred years with different owners operating as a farm with tenant farmers in residence. By 1896 it was in a sorry state, but the then owner James Gwynne restored it. During WWII it housed evacuees at one point and then was used by both British and Canadian troops at various points. Its time as a farm came to an end in 1957 and in 1959 Stella Hotblack [the final owner] gave it the Sussex Archaelogical Society which brings us up to the present. Look I even remembered to take a couple of photos outside which I thought most noble as it tiddling down at the time.... you can still see the undercroft and there are some details remaining which tell of its earlier religious origins. 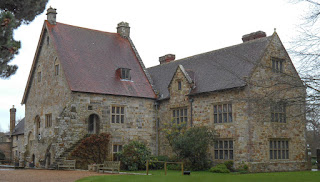 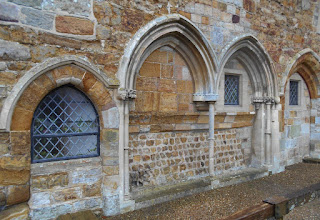 Throughout the property all the rooms had been decorated in historically appropriate Christmas styles. However, I think I've done enough Xmas themed posts so I thought you might enjoy some of the other things on display instead.

This is the devil's chair which I have written about previously. It's early and came from nearby Friston church. The only thing that's known from the archives is that it was donated in the 1960s. Due to such low visitor numbers the room steward very kindly let us get nearer to it to take some close-ups. The face on the seat is from where it gets its name. 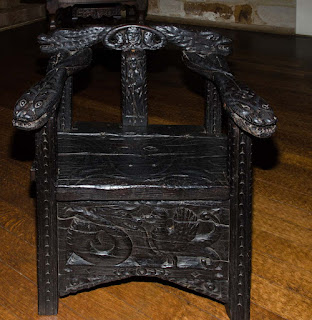 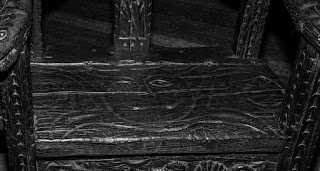 I do so enjoying chatting to the people who volunteer at these places as they are always such a fount of knowledge. This particular lady is involved in the Sussex graffiti project....gleefully we exchanged notes and she gave me another easily missed apotropaic mark to go back and look for. These ones were the most easily visible on one of the fireplaces. 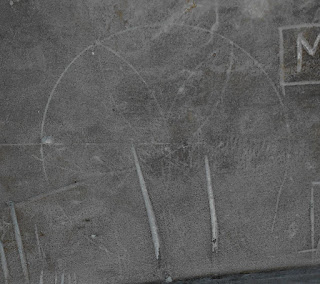 Whilst on the topic of fireplaces I was trying to imagine the faces of the Canadian officers when the legs of a female ATS appeared all of a sudden in this fireplace. The two naughty ladies had decided to surprise the chaps by coming unexpectedly through a hidden trapdoor above them, but it splintered and one of them got stuck. She had to be rescued and they both got charged and probably fined! Their jape certainly backfired! 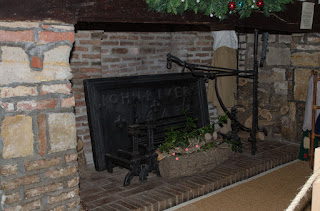 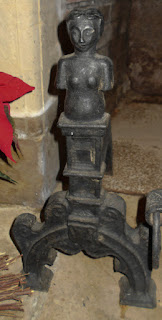 I thought these posters "interesting" and certainly of their time. There are things on the boys one which I think would be useful if everyone could do them frankly! 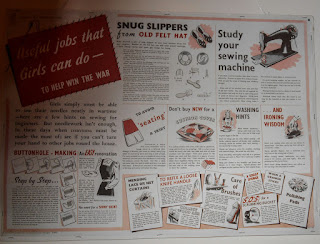 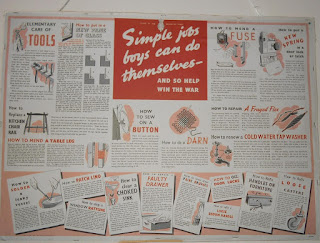 This final one is the witch bottle which was discovered in 1973. It started out life as a 17th salt glazed Northern European jug which would have stored wine or something similar. They have a variety of bearded faces which seem to have been influenced by the woodwose [wildman] figures that feature in the earlier folkloric traditions of the same area. When it was found it had been buried in an upright position concealed from prying eyes so that it's protective qualities couldn't be disturbed. It was full of pins and possibly a wax heart effigy pierced by pins. Not many have come to light. 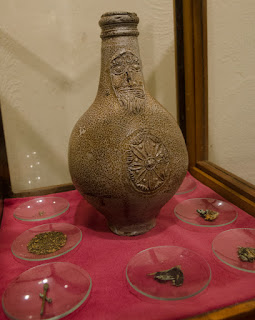 This is the first time we've visited without having to dash around at high speed [previously I've been dancing there] so we both enjoyed being able to explore more fully and take it all in.
Arilx 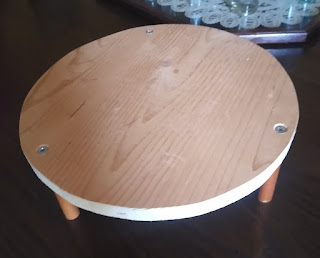