Seeing as Mr GBT works from home all week he does like to cross the drawbridge every once in a while and have a change of scene. As exploring is confined to "under your nose" I floated the idea of another of the local heritage walks. This time we chose one in nearby Southwater.

I often wondered what this sign represented. Seeing it again spurred me on to find out. This is the winner of a competition in 2005 to create a design that represented the village's past. The big wheel represents the wheelwright business that closed in 1950, the smaller one the railway that closed in 1966 [the old line is now part of the Downs Link which is a public footpath network]  and the chimney is from the brickworks that stopped in 1981. 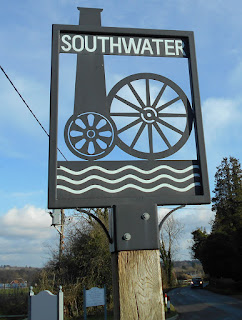 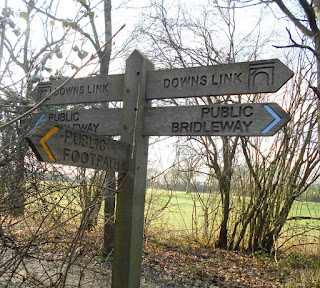 These two lovely cottages are some of the oldest buildings and are from 1500. The one on the left is where the wheelwright lived [you can't really miss that massive pair of bellows standing in the front porch can you!!] and the family still live in it and has done since 1823. They paid for all the beautiful stained glass windows in Holy Innocents parish church which depicts the rural life in the village before it became an industrial area. 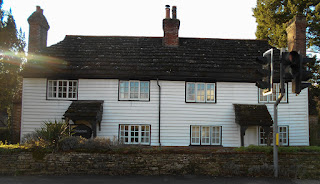 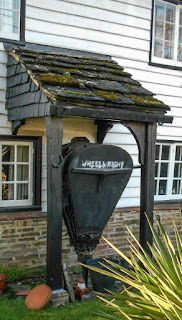 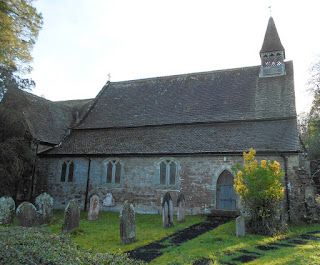 This sign is a new one. I've not seen them depicted with the poppy on like that. 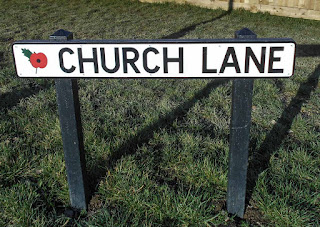 The cessation of brick making by the Sussex and Dorking Brick Company must have been a real blow at the time, but the district benefitted because the old works have now been transformed into a very popular country park which is hugely popular with all ages. The old gate has been reused as part of the war memorial site. That in itself is notable because of how recent it is. Very few have been built over the last few years and this one was only put up in 2008. Some of the locally made bricks have been incorporated into its plinth. 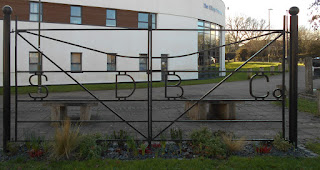 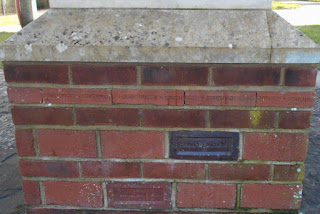 There have been a couple of finds of iguanodon bones and one lot turned up in a brick pit. SDBC adopted iggy as their company logo. This fabulous sculpture is the work of Hannah Stewart and was unveiled in 2006. He sits proudly in the centre of the village square. 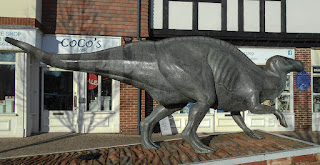 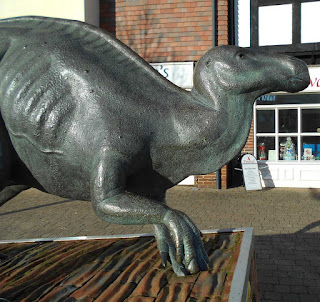 These bike stands are so much more exciting than their usual functional, but rather dull counterparts and the repro mile stone stands outside the former Victorian school house. 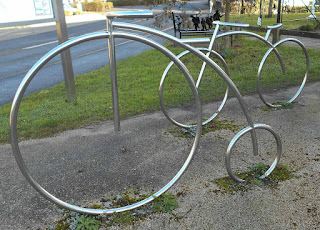 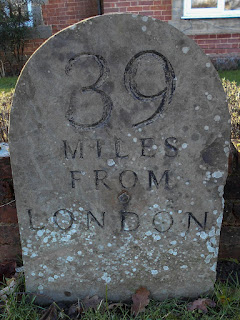 I had no idea Southwater had so much to offer! This was a couple of weeks ago, but have only got round to writing it up this week. Slack Alice reigns supreme!!
Arilx