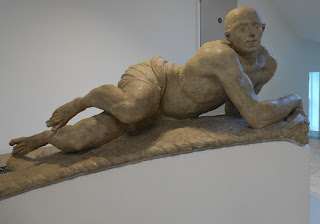 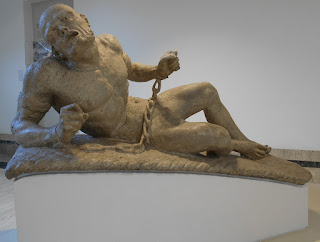 These two disturbing figures are Raving and Melancholy Madness and were created by the sculptor Caius Gabriel Cibber in 1676. For most of their lives they were on display near the gates of the Bedlam [now Bethlem] Hospital as some sort of grim advertisement for a place where those who had lost their mind could be hidden away from society and a terrifying warning of what might befall you if you became of one of those lost souls.  Although Bethlem still exists these days, it's very much at the forefront of the treatment of mental health conditions and we can only hope that an enlightened/empathetic attitude continues to grow so that the help people need is available to them. The statues now sit in the foyer of the Bethlem museum which is sited within the grounds of the hospital.

Walking last week I photographed this rather grand looking property and the brick detailing on the back wall. I knew nothing of its history prior to this, but have subsequently read that this house was once the stables of a much larger place called Chestnut Lodge which has since been demolished. 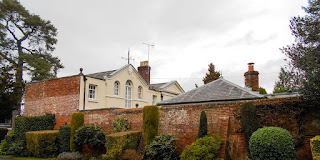 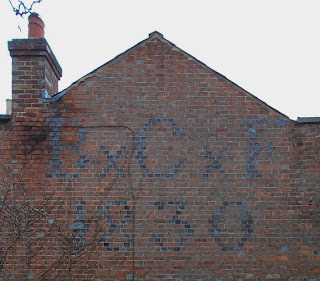 The very existence of Chestnut Lodge is down to the tragic tale of Katherine Fox who was born in 1811 and classed as an "imbecile" meaning at the time those of "weak mind". The initials and date are those of her father Benjamin C Fox who made his money as a lace merchant and he had the house built in 1828 as a private asylum for his daughter to live in. The care of Katherine after his death was obviously of great importance to him as he had another house called Sussex Place built elsewhere in the town. It was to be let out and the income from the rental used to continue to meet both her and her cousin, Elizabeth Hepworth's needs. Elizabeth looked after Katherine until her death in 1869. Elizabeth herself died in 1886 and touchingly the pair of them share a plot in one of the graveyards.