Am paying a final visit to my weekend walk with E as we packed a lot into our few hours out [plus it means I can write more blog posts.....if I reach drivel point I will shut up until something decent comes along again I promise!]. It wasn't all WWII and beer you know......

E has found great solace in watching kingfishers over the last year and we were hoping that we might catch a glimpse of orange and turquoise dart past us. Alas it wasn't to be....we even checked in the reeds where they often hang out, but common sense tells me they must have been up the other end of the pond fishing because they weren't going to catch anything where we were standing. Those "bubbles" you see are trapped in sheets of ice [it had thawed at the other end]. The pond itself is one of so called hammer ponds and is left over from the Wealden iron industry. Once there would have been a clay dam known as a bay there and as the water stacked up behind it [the levels were operated by sluices] the water pressure was used to drive the overshot wheel of the nearby forge.  The lovely Wealden cottage opposite is called "Hammer Cottage". 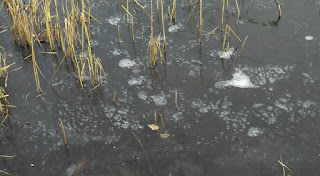 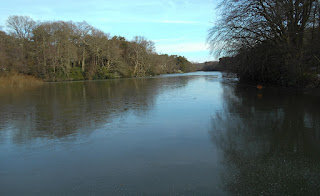 All was not lost though in the wildlife stakes....despite the cold conditions we were just about able to make out the small group of fallow deer underneath the trees and we were treated to several flocks of fieldfare feeding on the fareway. The course does rather look like somebody's been at it with a flour shaker! 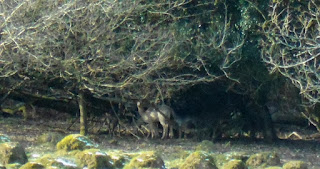 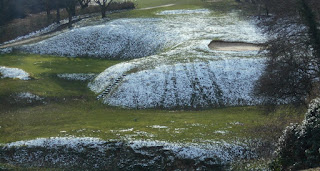 These weird hump things are ant hills we decided. Much too big for moles and they look like they've been there for quite some time. 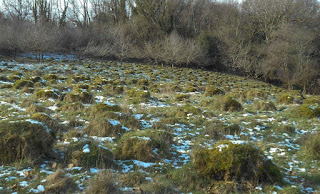 Nothing gladdens the heart quite like coming across Snowdrops. Mind you go back a few generations and they were thought to be dangerous things in Sussex. Supposedly they looked like a corpse in a shroud [can't see it myself] and because they grow so close to the ground this meant that they were harbingers of death. If you went off visiting the householder would not have welcomed you into their home if you arrived with a bunch of them for this reason. 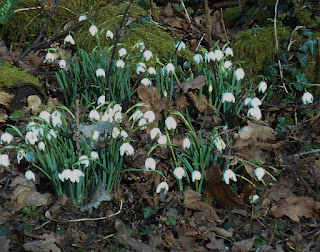 The final part of our walk brought us into the nearby small village of Mannings Heath. This former Wesley chapel [built 1869] closed in 1973 and has now been converted into a private dwelling. I took a photo of the little plaque above the central window in the hopes that it would give me some information about the old chapel. It didn't.....instead it reads "Peter's Fable of the Gable 1990". I am baffled by what it means! 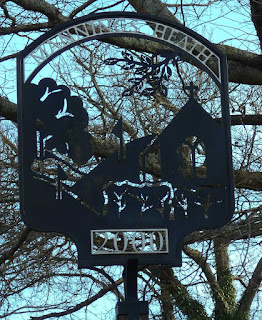 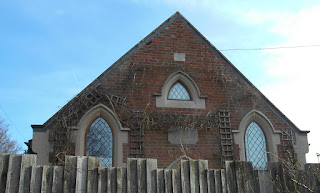 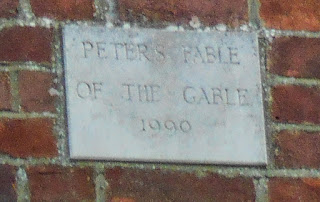 This finger post was fully restored in 2012 for the Queen's Diamond Jubilee...the chap who did it does this as his full time job. How brilliant...these things need to be treasured and maintained. 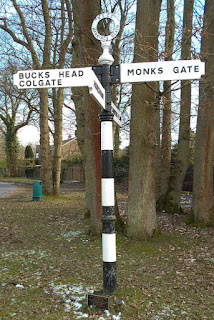 This is the Church of the Good Shepherd [built 1881] and I learnt that it's what's called a chapel of ease. They were built within the same parish as the main church, but were for members of the congregation to attend who lived too far away from the parish church itself. The porch has these simple war memorials. Again I don't know why the WWII dates are 1939-1946...another mystery that maybe one day I might be able to solve! 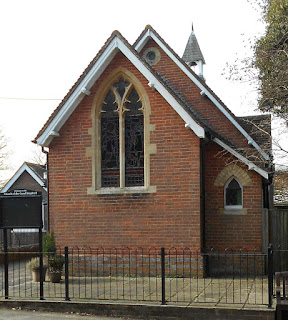 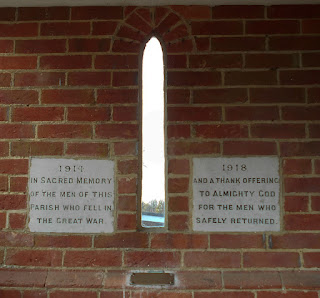 Every day's a school day!
Arilx