Reuniting over a jaffa cake. 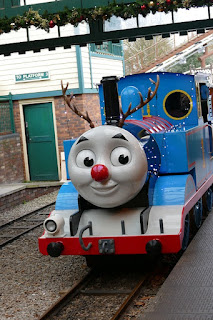 Back in mid March 2020 we had one of my closest friends and her partner over for lunch. It's a standing joke that we always buy a ready made pud [she's the sort of friend who doesn't stand on ceremony] and on that occasion we tucked into a Tesco Jaffa Cake Mousse. It went down a storm and so for old times sake I unashamedly repeated the exercise this time round.

J and I were room mates at college and further on down the line she was one of my bridesmaids. This year has been very tough for her, but she's not one to wear her heart on her sleeve. She much prefers to roll her sleeves up and just faces head on whatever is thrown at her. My role has been to quietly keep in touch with her and offer support without making a fuss. That's the way our friendship has always worked.

Nowadays she has a very responsible job, but when you've known somebody that long there is always a good fund of stories to be had. On one occasion when we were first year students we rashly decided to take part in a three legged pub crawl for rag week. For reasons I can't remember we decided to go as Neil and Vyvyan from "The Young Ones". I scoured the charity shops for a pair of flares and spent hours making the appropriate hippy wig. J meanwhile sprayed her hair orange and borrowed a sleeveless denim jacket. We were stumped though when it came to sorting out the punk chains to adorn it [the thought of going to an ironmongers simply wouldn't have entered our 18 year old heads], but we managed to come up with a solution. Basically we pinched all the plugs out of the bathrooms in our hall of residence which seemed like a good idea until you get sozzled and then liberally sprinkle them around the pavements of Winchester never to be seen again. Our cleaner was very unimpressed when she came in the next day, but neither of us breathed a word! By the second year we were living out and sharing a house with a delightful landlady called Mrs T who treated us incredibly well. J was always rather more considered in her drinking than me and never really showed any sign of being tipsy except for one occasion.....I came down the stairs after a rather good evening out to find her chatting very "sensibly" to Mrs T. She would have got away with it had she not had her Thomas the Tank engine cushion balanced on her head at the time🚆😄

I'm not a great one for looking back, but when it's daft memories like these it's fun to do so.