Come Fly With Me.

It is my friend E's birthday next week and I wanted to treat her to a cuppa and a slice of cake by way of an early celebration. I asked her if there was anywhere she fancied going, but she texted back to say she was happy to go whereever. After an initial headscratch I suggested the cafe in Shoreham Airport [now called Brighton City Airport]. It opened in 1936 and still has planes flying from it. Whilst the Art Deco decor and building is a big draw I made my choice on a slightly different basis. Before E had her family she was cabin crew and loved it....she tells some great stories from that time. She's never lost her love of planes and even to this day she has an app on her phone against which she can check the route of any plane she spots flying overheard😀 As luck would have it she's only ever driven past the airport and I'm glad to say she thought it was fabulous. The weather even ignored the forecast as it was due to be cloudy with possible showers.....we got beautiful sunshine and blue skies. 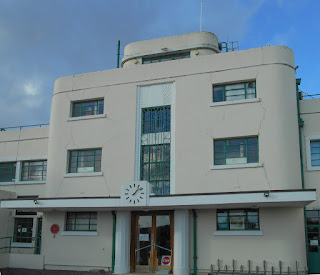 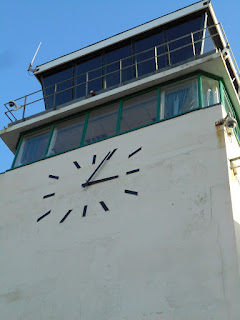 That huge building in the background is Lancing College chapel. 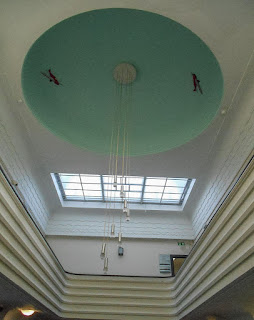 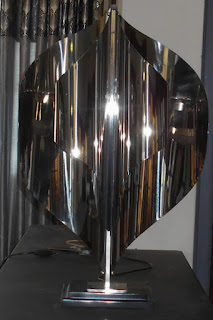 There is a small room of memorabilia and this type of flying hat was all the rage with the female pilots of the 1920s....genuine leopard skin. Not something you would thankfully see in this day and age. 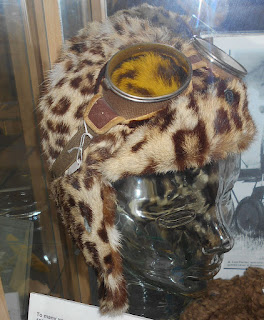 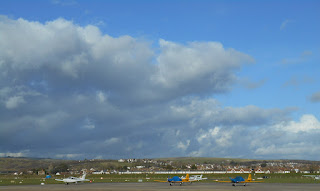 I last visited here in Feb 2015 when it was all covered in scaffolding. I always intended to come back, but not entirely sure what took me so long. We made our way back cross country and passed the Churches Conservation Trust church of St Botoplph's which sits at the base of the South Downs. E asked if we could pop in [I've been before https://gnatbottomedtowers.blogspot.com/search?q=the+grumpy+trout+went+out] but it's always good to revisit these places. It's utterly charming. We both agreed that we are definitely Downswomen at heart as we watching the clouds scudding across the big skies. I am very lucky living in this little part of the world. 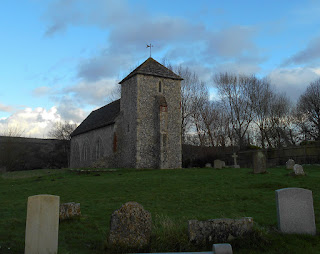