Falling back on the familiar

I had "thought" I would be writing about an outdoors event I was meant to be going to with Guiding J over in East Sussex, but then Storm Eunice with all her repercussions happened and it was rightly cancelled due to safety concerns. So hope it's ok one and all, but I'm falling back on another weekend wander from home a couple of weeks ago for this post.

These two are only a few metres apart and like everyone else I just walk over them. If you asked me what they were I'd have said drain covers. However, I think that they're more likely to be coal holes. Seeing as the patterns are different I shall have to see if I can spot anymore. It's rather nice to notice that something so mundane has such pleasing decorative details. 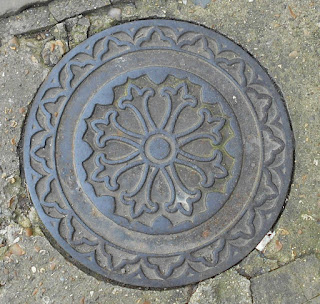 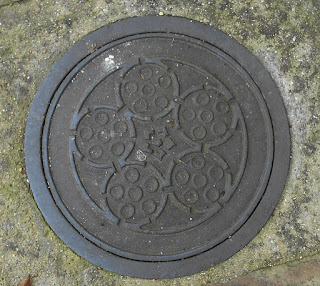 There are some lovely daisy wheel carvings on an ancient wooden chest inside the parish church which are echoed in the later more modern [probably Victorian] pews. It's a design which stretches way back in time. 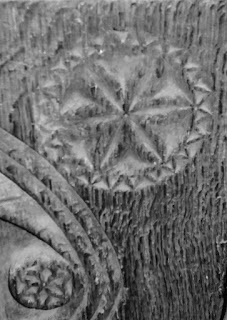 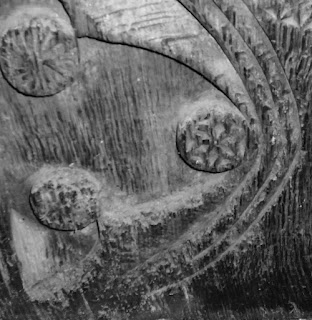 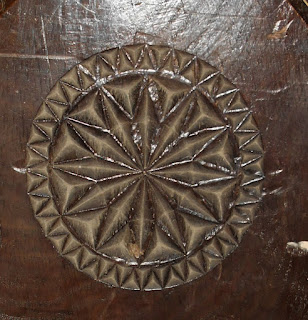 I have to say this lion's expression of forbearance does rather make me smile...it's had to put up with Thomas de Braose resting his feet on his back since 1395!🦁 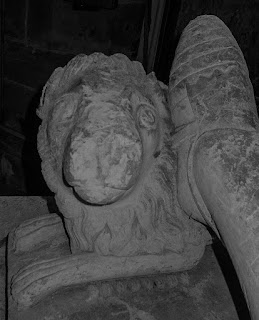 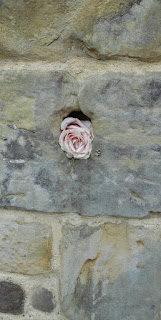 I can only think that this gorgeous door is normally covered by the blue curtain. I know it's tucked away behind the organ, but I'm sure with those handmade nails and gloriously wonky arrangement of metalwork, I'd have seen it. Be still my beating heart! It leads to the vestry, so I must have gone through it when I went to sign the register the day I got married... 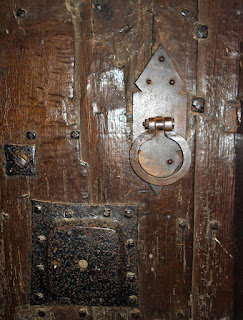 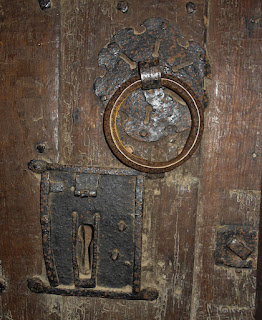 This GPO post caught my attention for the broad arrow mark [or crow's foot as it's also known] on it. Initially I thought it was the OS benchmark, but it's lacking the line above it. I have only ever this in the context of military equipment, but apparently it was used to denote any government property. More info here https://en.wikipedia.org/wiki/Broad_arrow 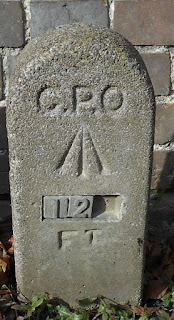 A bit of imaginative upcycling going on here...one of the local businesses has repurposed a couple of old chairs into its planter instead of trellis.

And this one...just because. The local Italian deli always does its windows in such an eyecatching and innovative way. This time they've got this beautifully painted Indian bike . Hard to avoid the reflections, but just gorgeous. The roads would be a much cheerier place if our lorries had a similar style of paintwork🌈💜🧡💛💚💙 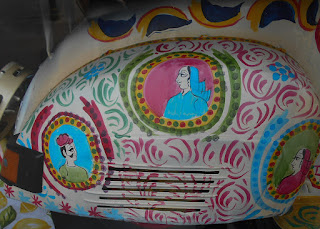