Well it certainly isn't superman, but these two are definitely an eclectic mix of all sorts of things including a plane. These and the other images are from our visit to the extraordinary houseboat community in Shoreham [Sussex]. There have been boats here since the 1920s, but the numbers were greatly increased at the end of WWII when several more decomissioned military ones were left along the tidal mudflats. They sat unloved for many years until a homeless chap called Hamish McKenzie and a few of his friends set up home in some of them. Over time more people have joined them and nowadays it's quite the place to go and have a nose. Some residents want complete privacy, but others are happy to have their boats on full public view. During the arts week there are even guided tours and some offer Air B&B. 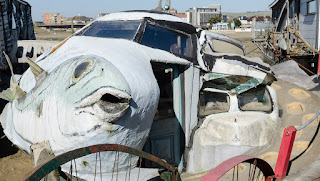 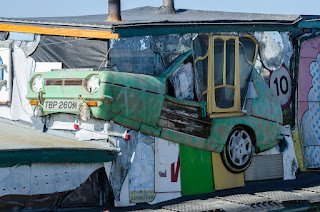 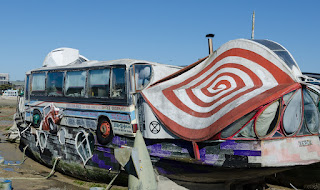 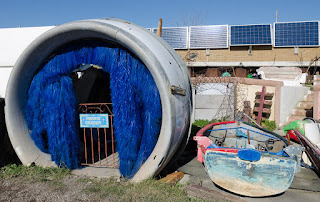 This one is a decomissioned German Minesweeper Fische made in 1960. It was taken out of service in 1990 and sold on as a restaurant and then to be used as a radio station. None of the plans for it worked so it was faced with being scrapped. The current owners saved it and had it towed to its current location in 2003. 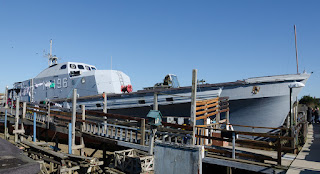 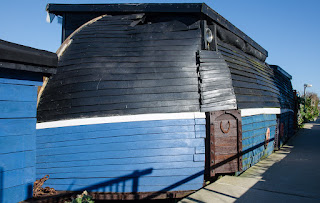 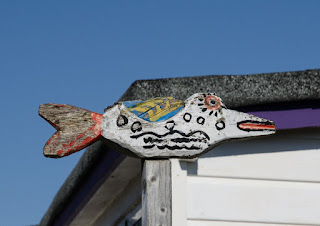 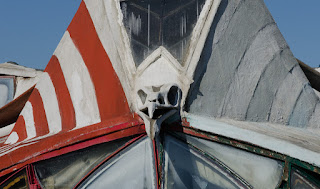 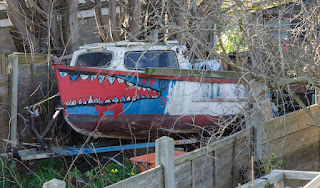 Well worth a visit if you're passing💙💚💛💜
Arilx