A few more from our recent trip to Shoreham. Whenever I visit I'm always very taken with this Sussex town. Parts are a bit run down, but it's a place vibrant with life and an independent spirit. There's a lovely pebbly beach with summer wildflowers that are on a par with Dungeness, the tidal river Adur which was busy with kayakers when we were there and oodles of history.
This beautiful structure is the memorial to the Shoreham Air Disaster by Jane Fordham and David Parfitt. In August 2015 a Hawker Hunter crashlanded onto the nearby A27 and killed 11 men. The artists liaised closely with the victims' families and each arch represents one of them. It's beautifully done and sits in a tranquil location by the river. 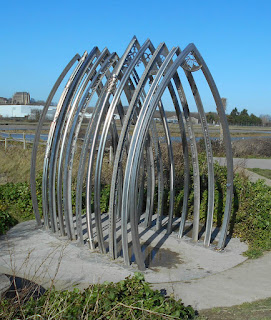 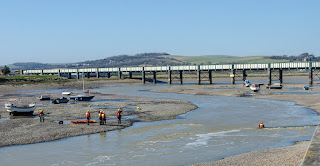 Walking towards the town we crossed the Old Tollbridge. It was opened in 1781 and restored in 2008. It's one of several bridges that cross the Adur.

I've often been able to see this thing poking up in the distance when we've driven past, but never been able to establish what it is....now I know it's a stork built from drift wood by Rob Demel and the children of Heron's Dale School. It looks like a sentinel keeping watch over the area. 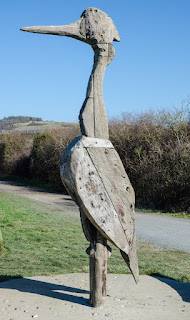 How about this for an eyecatching decor? It's a beauty salon and won an award from the Shoreham Society for "Conserving the Built Environment"...well it certainly grabbed my attention with all those red roses🌹🌹 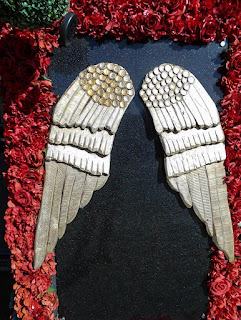 Included here because I simply liked the play on words...it's one of those flea market type outlets full of all sorts of treasure [or junk] that you never knew you needed until you crossed the threshold...fortunately for the GBT purse it was shut!

Having parked Mr GBT on a nearby bench with the flask and cake, I earnt myself a five minute gallop around the churchyard of St Mary de Haura. Tempting as it was I had promised that I wouldn't wander into the church itself as I have been round it before and we were on a limited timescale [guests joining us for a meal later]. True to my word I stuck to the bargain, but still managed to turn up a double skull gravestone. Weirdly chuffed with that one💀 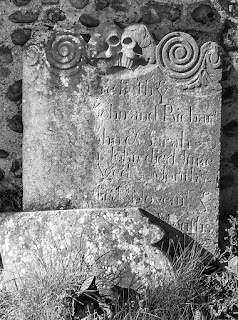 Now Mr GBT loves being near water and the lure of both a river and the sea just proved too tempting for him. Whilst he happily watched the waves crashing on the shore I shot off on beach hut duty and general nosing about. Amongst various lovelies I came across this extraordinary bench decorated with mosaic pieces. As you might imagine I took lots of photos, but am limiting myself to just one close up of part of the seat and some of the tiles set around it. 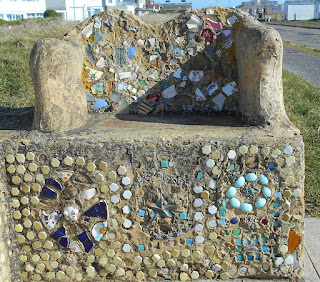 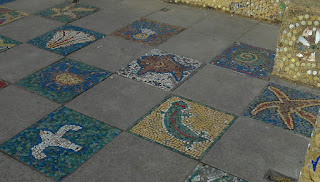 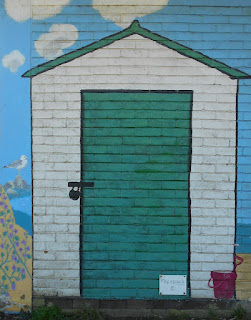 With my need for colour thoroughly sated there was only one thing left for me to hunt down. A couple of years ago I had got wind of the "Forgotten Russian Princess of Shoreham." Her grave is in St Nicolas's church in Old Shoreham. In her lifetime Lydia Yavorska was a world famous actress who was also known as a suffragette and for her fundraising for the WWI refugees. She married a Russian prince, but opposed the Bolsheviks and after a warrant for her arrest was issued following the Revolution she was forced to flee to England. She died in 1921 and passed into obscurity. Thankfully a local couple have researched her story and brought her back out of the shadows. More of her fascinating story is here https://aprincessinshoreham.org/