If you go down to the woods today...

Pareidolia- the phenomenon where humans see faces in inanimate objects. Yes it was a new one on me aswell. I have more than a passing suspicion that I have predisposition towards it. The evidence is stacking up below!

Oh but I do so love to spy a face in the trees.....
The first one was taken many moons ago at Herstmonceux castle- his is a friendly face, almost Ent like. 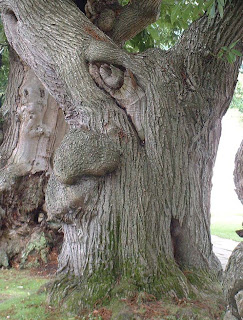 This next one I spotted near my home as I was walking past earlier this year- I've nicknamed him Harold as he rather looks like he's been shot in the eye with an arrow. He has disappeared for now under the green mantle of summer leaves. 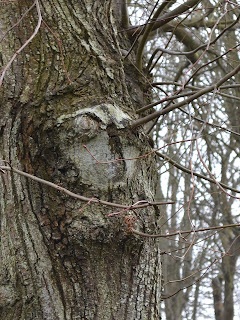 The final one is my most recent find and frankly a little on the spooky side. I think it looks rather akin to the a skull. Do you agree dear chums? 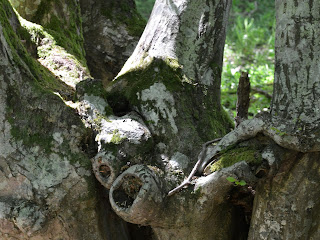 Or perhaps I am just suffering from a case of overimagination...never been known honest guv!!