Ooh er I've have gadding across county borders all the way over to deepest darkest Hampshire- my old stomping ground to meet chums. I'll be honest- I am a super fan of all the different farm series that Alex Langlands, Ruth Goodman and Peter Ginn have recorded and purely by chance, have been lucky enough to visit all the locations that they used  except Manor Farm which was the Wartime Farm base. This situation has now thankfully been rectified!! Glad tidings- a new series called Tudor Abbey Farm is currently being filmed at the Weald and Downland museum for release in the autumn. As it's a bit on the photo heavy side I'll split this jolly into two posts.Warning if you are not a fan of photos that make you go aww look away now!

The first one is of the farmyard itself. The dark wooden buildings to the right are the cart shelter and the milking stall and the redbrick one is the hatchery where Peter was filming using an original incubator. 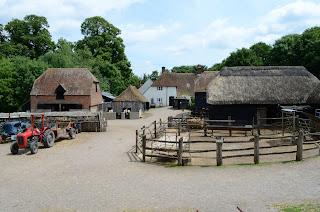 The tractor on the left is the one the team had such problems trying to start during the series! 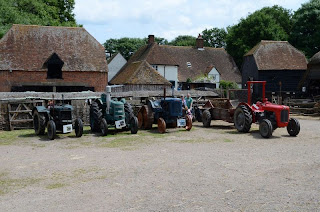 Lots of cute fluffy baby things- lunchtime and a nap was definitely on the agenda for many! 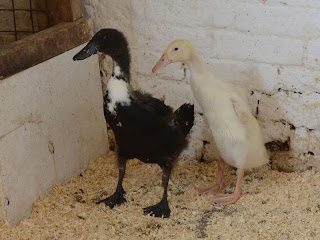 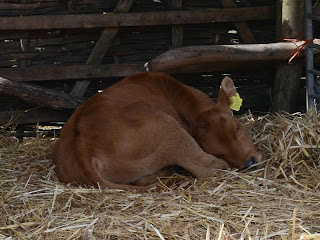 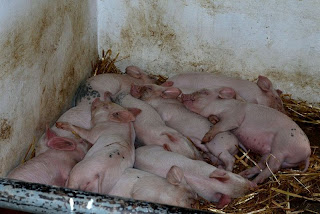 And frankly the silliest looking chickens I've ever clapped eyes on- I guffawed heartily and think I may have offended them! The breed is called, I believe, a Polish. 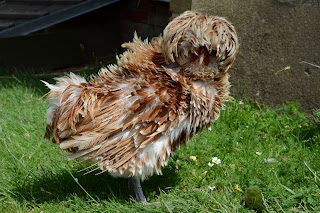 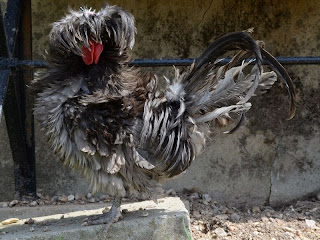