A Riot of Colour or a Colourful Riot?

I am most definitely a multi coloured square peg in a black hole. I wear lots of strong and often bright colours. I am naturally very pale and the last thing I need, especially at this time of year, is to be wearing palid colours to further enhance my wan appearance. My home too is a testament to my love of colour from the choice of colour on the walls to the treasures I have filled it with. It lifts my mood and I don't give a fiddler's flute what anyone else thinks. Imagine my joy when I encountered this visual delight yesterday 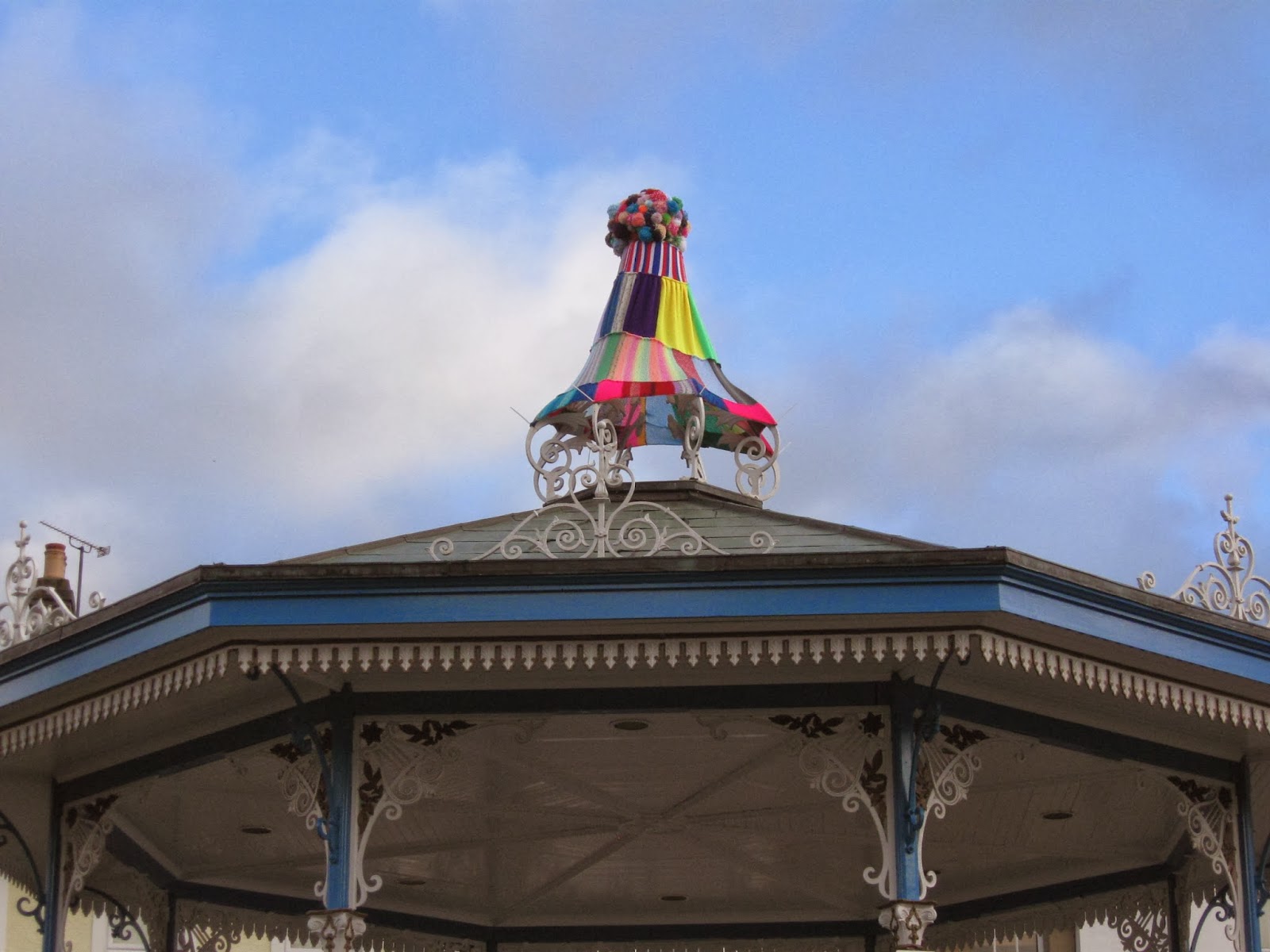 Yippee our town centre's bandstand has been yarnbombed! I do so love it when people do something slightly off the wall. This I understand has actually been done to advertise National Bobble Hat day which is Friday 7th February. However, the whole concept of yarnbombing serves to brighten up our environment in the most wonderfully jolly yet random way. Perhaps the yarnbomber's inspiration has come from this? 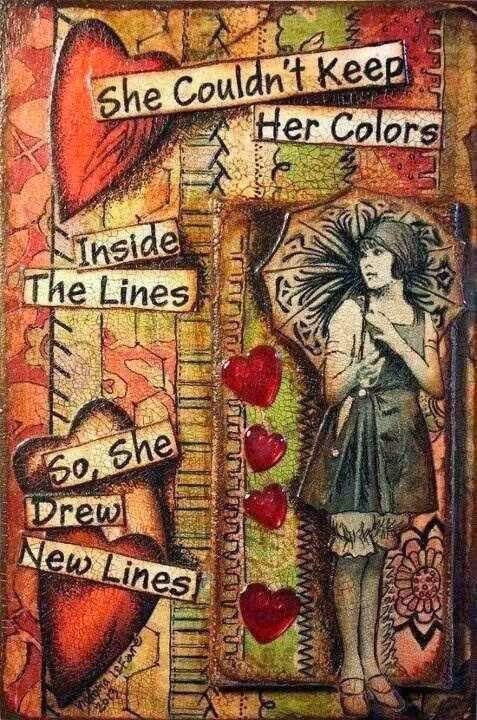 Fabulous sentiment. I don't think I draw new lines nearly often enough. However, thankfully many do like this 64 year old gentleman in Istanbul who decided to paint the crumbling steps near his house a rainbow hue. The municipal authorities took great umbridge at his actions and quickly repainted them grey after nightfall. Thankfully a group of like minded souls began a quietly colourful riot and not only returned them to their eye catching state but it started a revolution and many staircases and doorways in other cities across Turkey have received the same treatment. 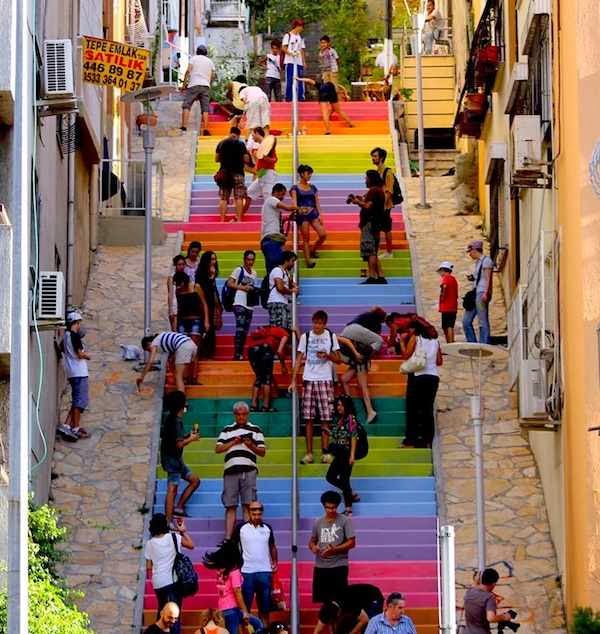 The full story is here http://www.goodnewsnetwork.org/civics/brightly-painted-stairway-in-turkey-starts-color-revolution-against-drab-gray.html 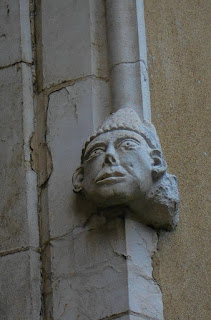