In years gone past I have to be honest I've struggled with certain months of the year...November's always been a hard one but for the first time ever despite the odd small blip I've had a ball this year. Originally I wasn't a superfan of January or February either but these days I really enjoy the peace after the frenetic pace of the run up to Christmas and the small signs of Spring peeping out all over the place which are there for me to see when I open my eyes and look properly. The beauty of blogging is that having derived pleasure from these small things which make me so content I get to extend the enjoyment by taking the photos and reliving the moment. Keeps the old happy tank topped up for longer.

Today we were beetling about running errands in the car, so as to make best use of the fuel, I thought it a good idea to take a stroll along one of the waymarked walks in one of the local woods which is on the same side of town. This particular wood is an ancient one with mixed deciduous trees and is called Leechpool. It does what it says on the box so to speak...literally at one time people collected leeches from the pools in the wood and sold them to medical practitioners for use in surgical procedures. A practice I gather is once again being used.

Weatherwise it was cloudy with the sun breaking through. Virtually all the leaves were down and it was a bit of quagmire in places. Enjoyable but not a lot to see or so it appeared until I started to look properly. For once both of us had our cameras with us so it's been interesting to compare photos to see what the other one noticed....it was all about fungi for Mr GBT and all about shape and form for me today. With the trees backlit against the sky you could really appreciate the different textures and colours of their trunks which are normally hidden away under the canopy. Anyway a few shots to give you an idea of what I'm wittering about! 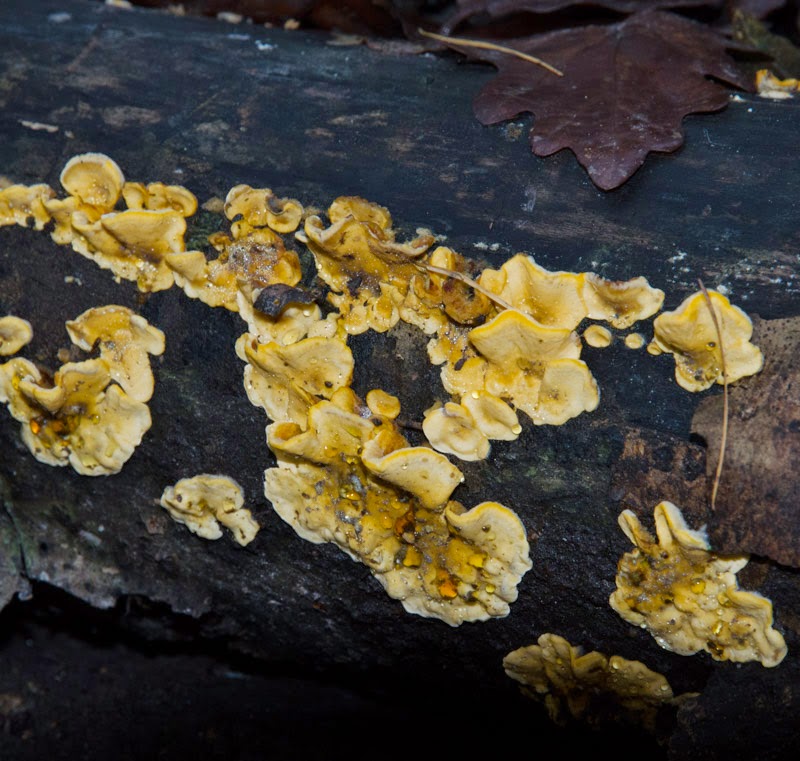 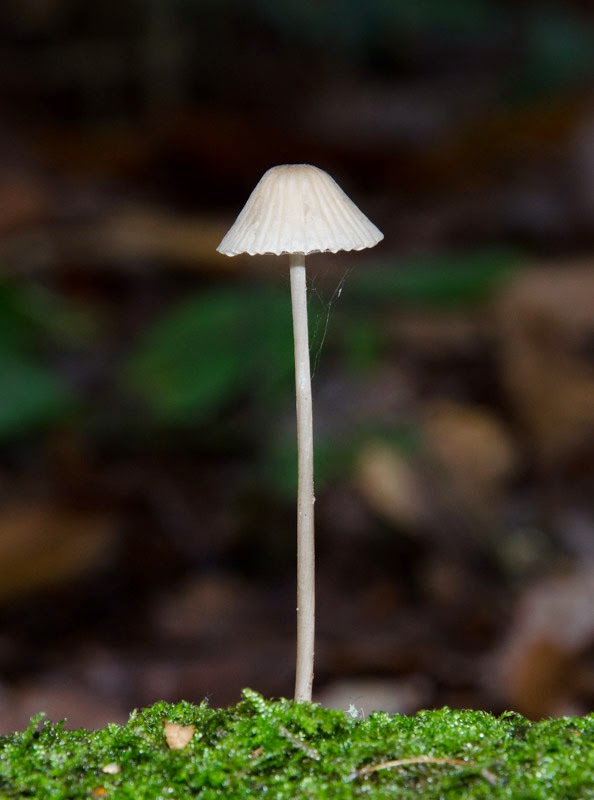 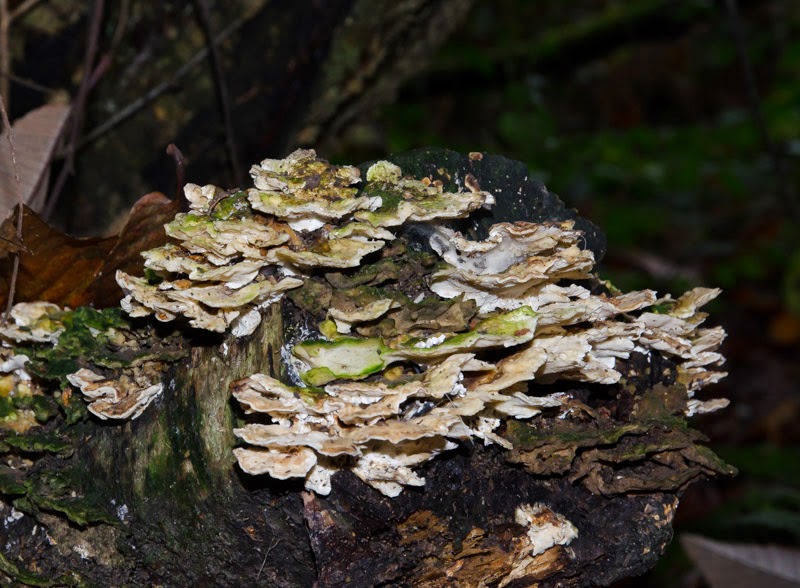 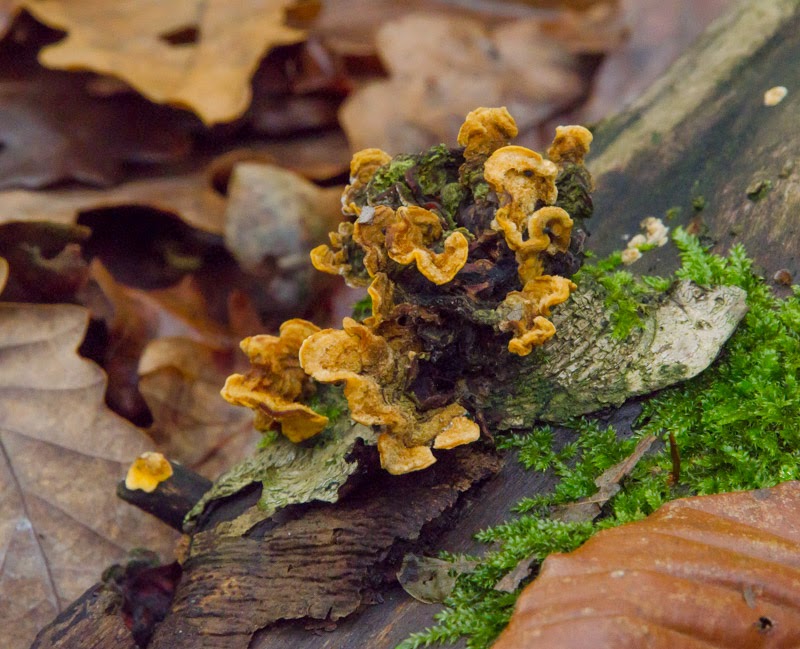 These are my shots of the textures and patterns I saw which rather took my fancy! 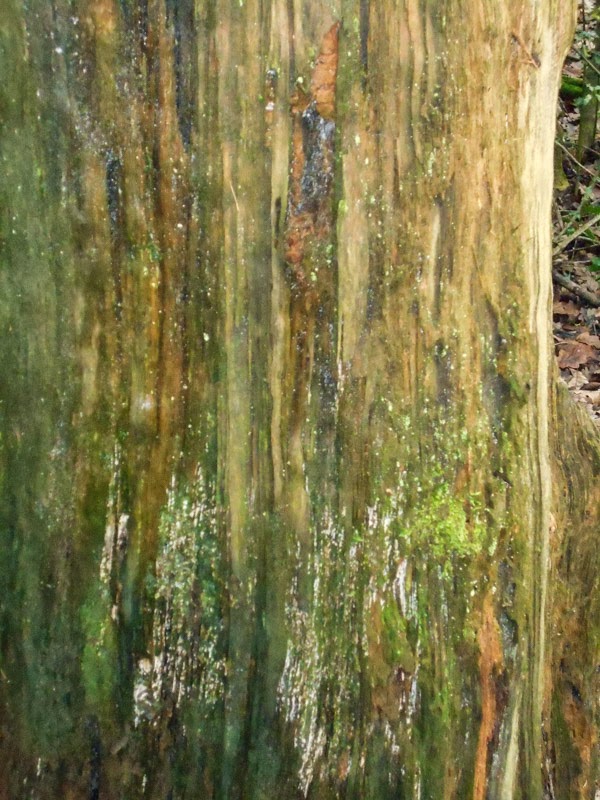 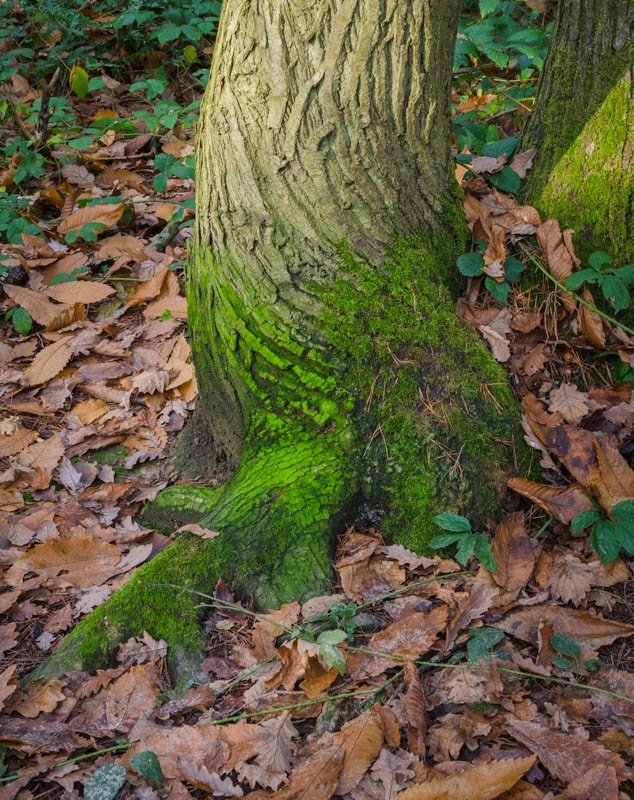 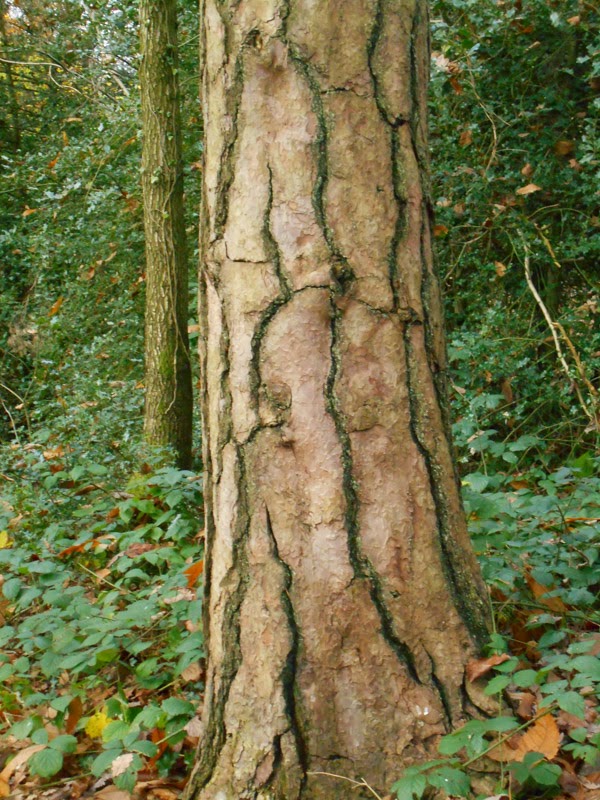 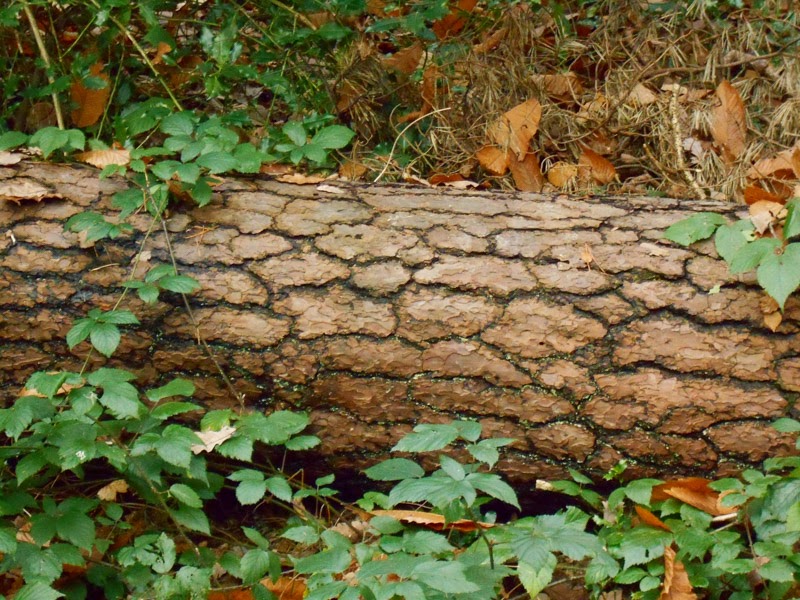 And how about this one- the fence surrounding the picnic area. I'm not entirely sure what's caused the white patches but we think it might be something to do with the fungi not growing where the wire fence behind it comes into contact with the wood. 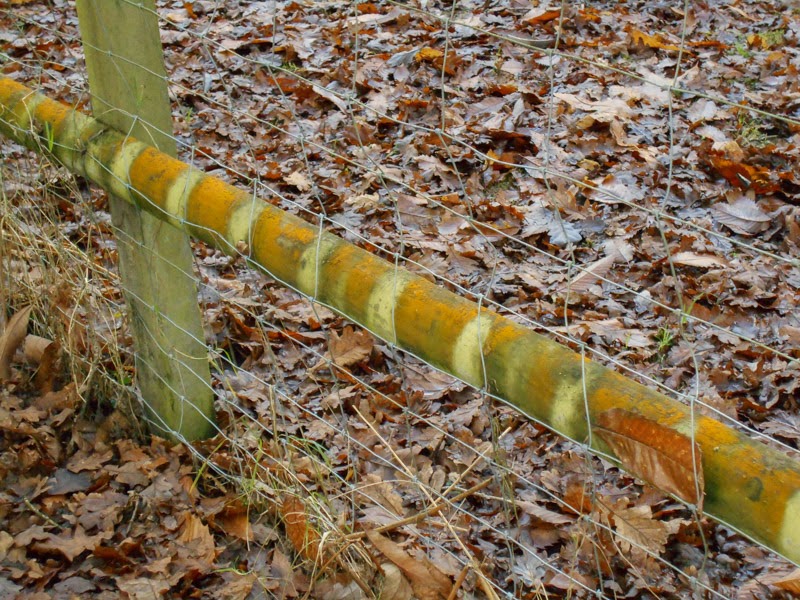 I was really most taken with how the foresters have reused the materials lying around to build a path boundary. Once upon a time they'd have just bunged a fence up but this is so much more eco friendly and provides a haven for wildlife. 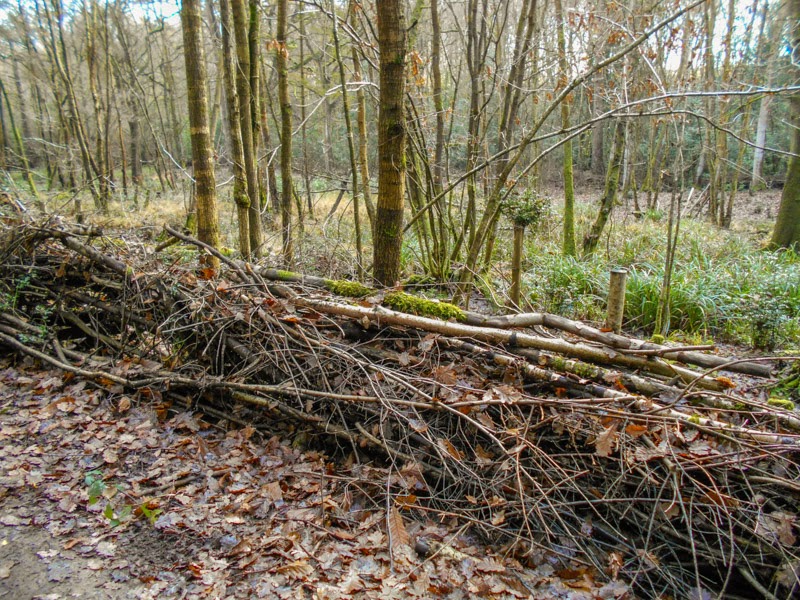 Perhaps not the most exciting photo granted but this style of rail and post fencing is very common throughout West Sussex. It's cut with the pointed end facing up so the rain runs off and doesn't rot the wood as fast as other types. 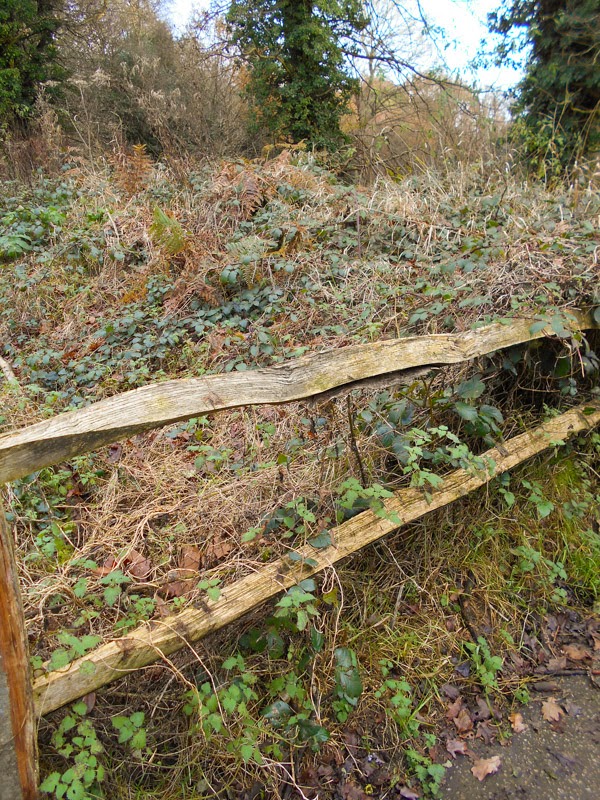 As we were heading back to the car I passed a Mum and her two young daughters who were chattering excitedly about finding fairy holes...I really must take my middle aged dame head off next time I go and put my enchanted one back on so that I can join in the hunt!