New Sights At The Weald and Downland Museum.

As you may have gathered from yesterday's post I was out dancing at the weekend for the annual tree dressing event. Usually Mr GBT comes with me to take his lovely photos but sadly he was a poorly bunny so I shot out before our first set and took a few quick shots with my new camera [bought with the money from the cancelled Culture Club concert] so apologies that they're not up to the usual standard! 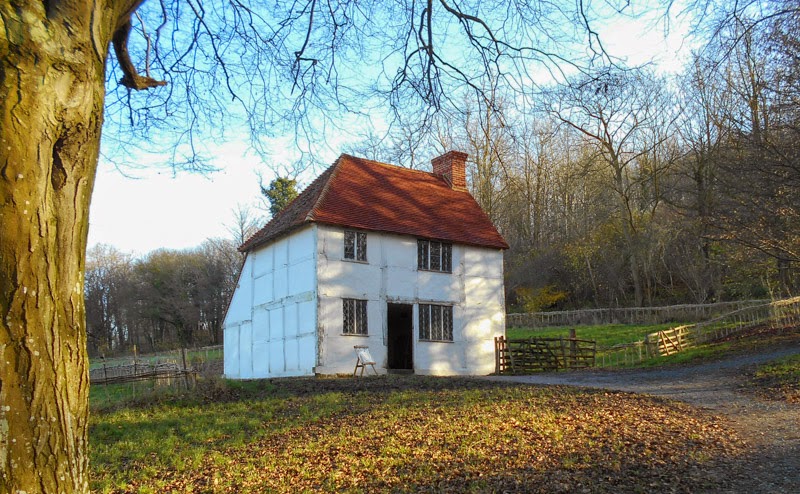 This is Tindalls cottage which is the newest property on the site. It dates from about 1700-1725 and is named after the family who lived there from 1748 to 1806. I managed to get a few shots of the interior whilst the museum was still relatively quiet. 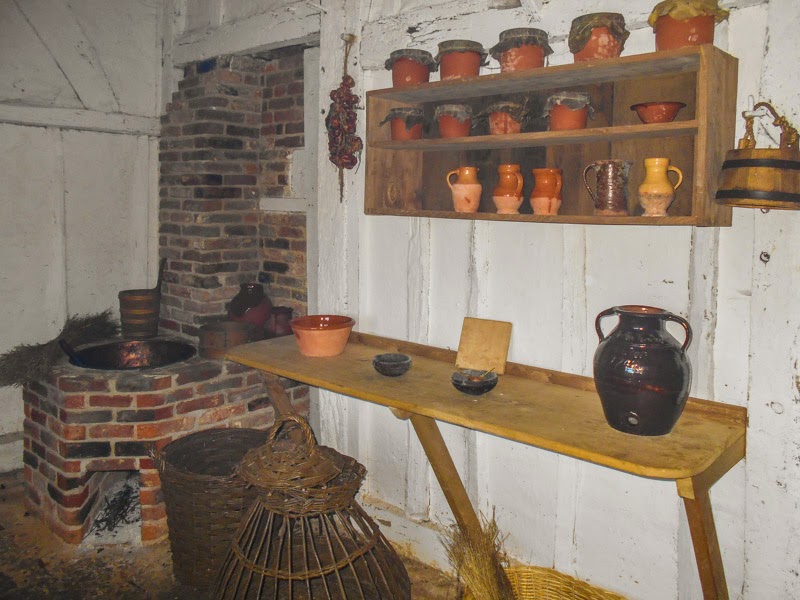 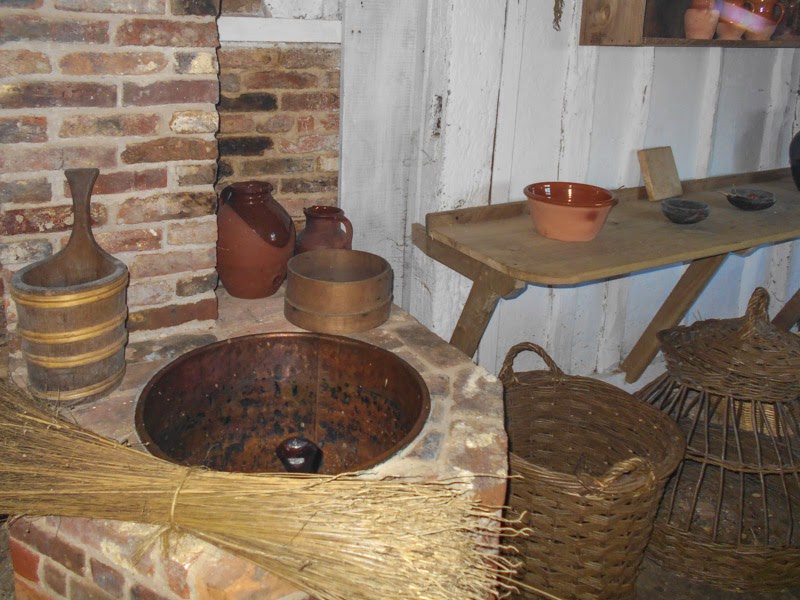 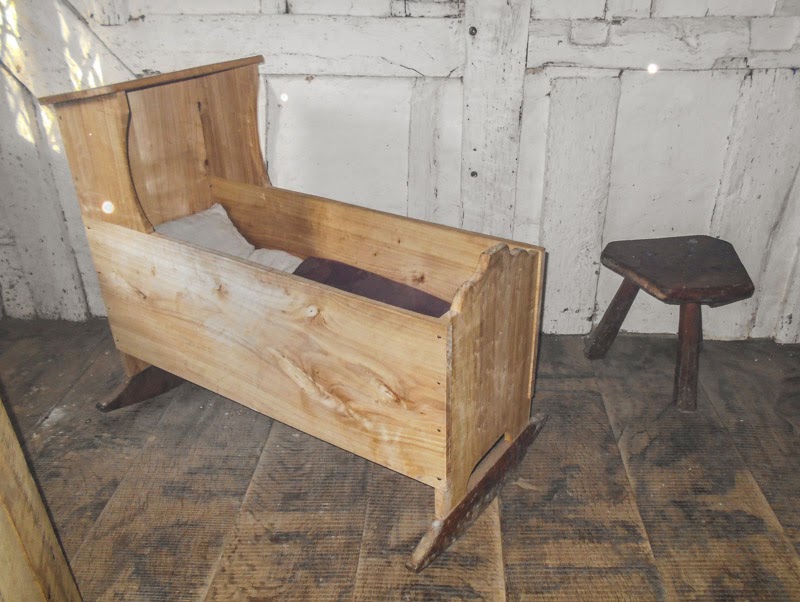 One or two photos from another couple of things that caught my eye as I was in hot pursuit of my quarry.... 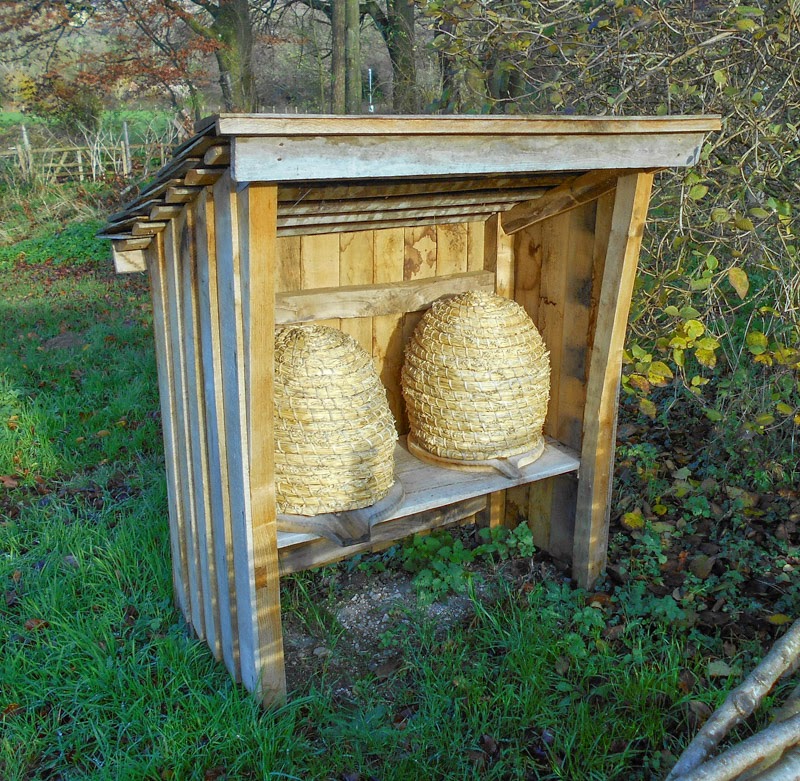 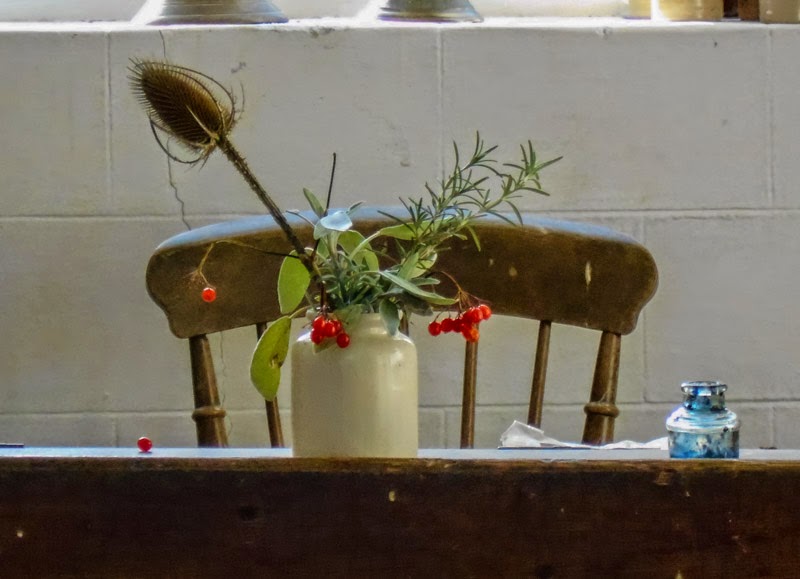 And the object of my photographic desire...why this the new painted wall cloth in Bayleaf that I had read about in the most recent magazine. 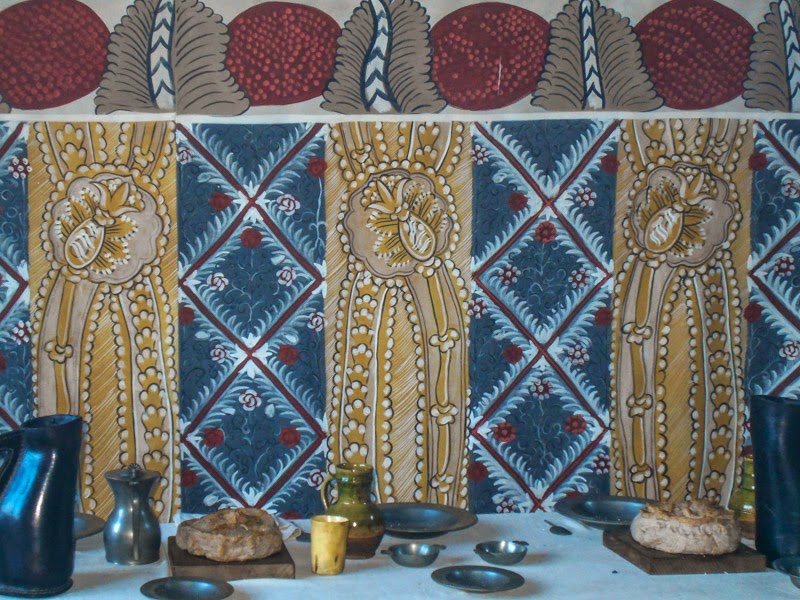 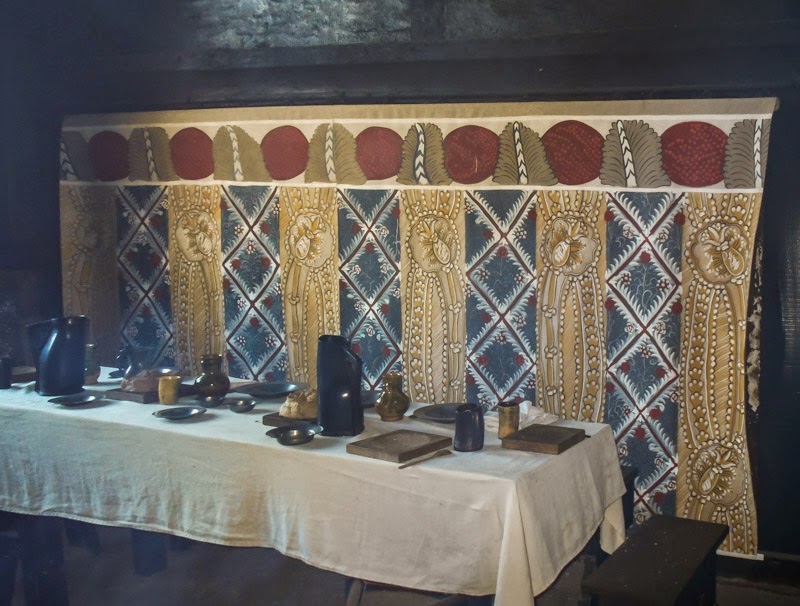 A combination of bright sunshine filtering through along with with smoke from the fire didn't make for the clearest of shots I'm afraid. It was painted by Melissa White and based upon a surviving wall painting discovered in Althrey Hall Flintshire. They were found not only in the homes of the wealthy but also the lower status houses for not only did they make a statement piece they were also important for insulation.

Painted onto linen Melissa used natural pigments including yellow and red ochre, lamp black and whiting. The close up shots show the pomegranate and rose motifs. 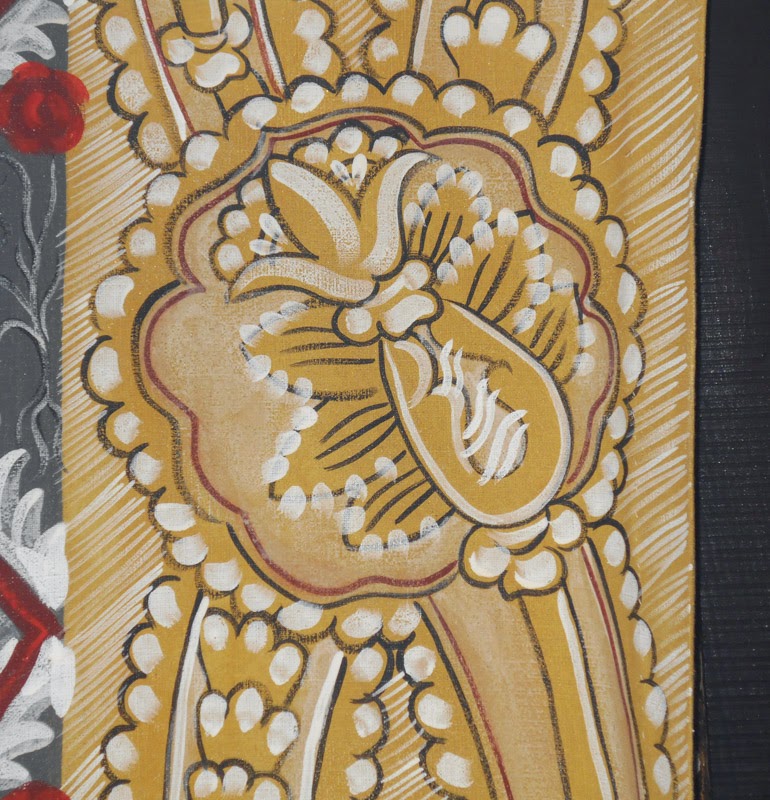 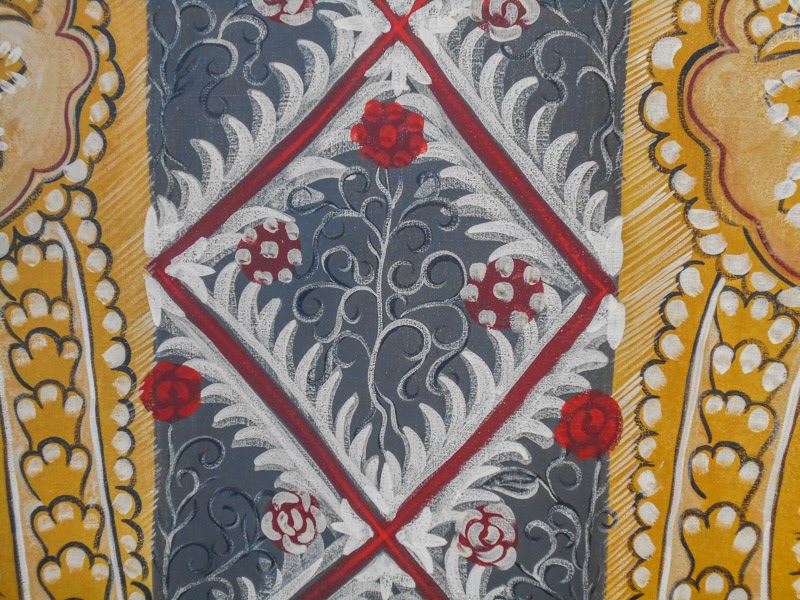 Such additions to the house give us here in the 21st century a glimpse of some of the colour of the world surrounding people in about 1540 which is so often lacking in the dry husks of the house structures we see from that time today.