Well it's not often that one gets to put that in a sentence but tis the truth! Near Arundel is a place called Lyminster in which it was once reputed there lived a dragon. Now this dragon wasn't the friendliest of fellows. He lived in a large pond called the Knuckerhole and had rather a nasty habit of not only snacking on the local livestock but also on the locals given half a chance. Over time he became the bane of everyone's life and it was decided that Something Had To Be Done. How this came about varies depending on who's doing the telling. In the one version it's said that the beast was dispatched by a knight who conveniently just then happened to marry the King's daughter. This is however, not the version that I partook in today.

The next contender in the tale is one Jim Puttock who hailed from Wick, a nearby village. He took to the dragon with poison and then cut off his head with an axe which finished him off good and proper. Rewarded by the Mayor Of Arundel he lived a hero's life and was buried in the graveyard. 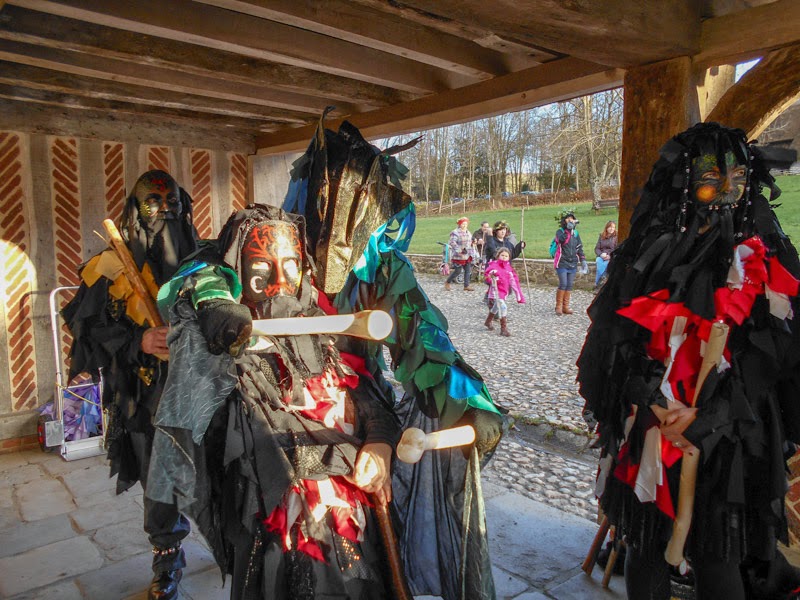 Sadly our telling of the myth does not have such a happy ending. One Jim Pulk a local farmer's boy decided to take on the challenge. He cooked up a huge poison pie which he took to the pool on a horse and cart. The beast, being frankly a bit of greedy guts, gobbled up the pudden with great gusto and expired with equal speed. Sadly Jim had not noted any health and safety policies so by handling food without wearing gloves he too got poison on his hands...yep you've guessed it....brown bread. Supposedly you can still see his gravestone in Lyminster church but I am sorry to spoil the party by revealing that the actual stone is a medieval one person unknown. It has a herringbone pattern which some say are left by the dragon's claws. One child in the 1930s used to leave snapdragons upon it.