As threatened ta-da part two! Dover Museum is a very manageable size but they have managed to pack in a lot of fascinating artifacts.

Always of interest to me are pre Christian burials. I still have really mixed feelings about whether we should be putting our ancestors out on display in glass cases but then I'm one of the ones viewing them so hands up I'm totally hypocritical on that score. Ah well moving on....

Some of the glorious grave goods and other pieces of Saxon jewellery that have been found in and around the Dover area. 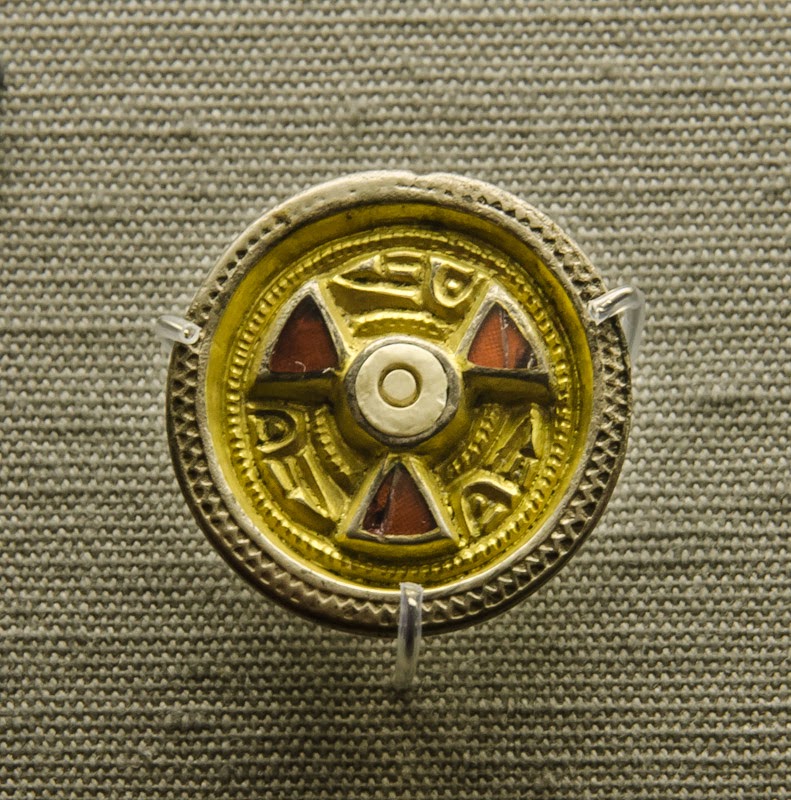 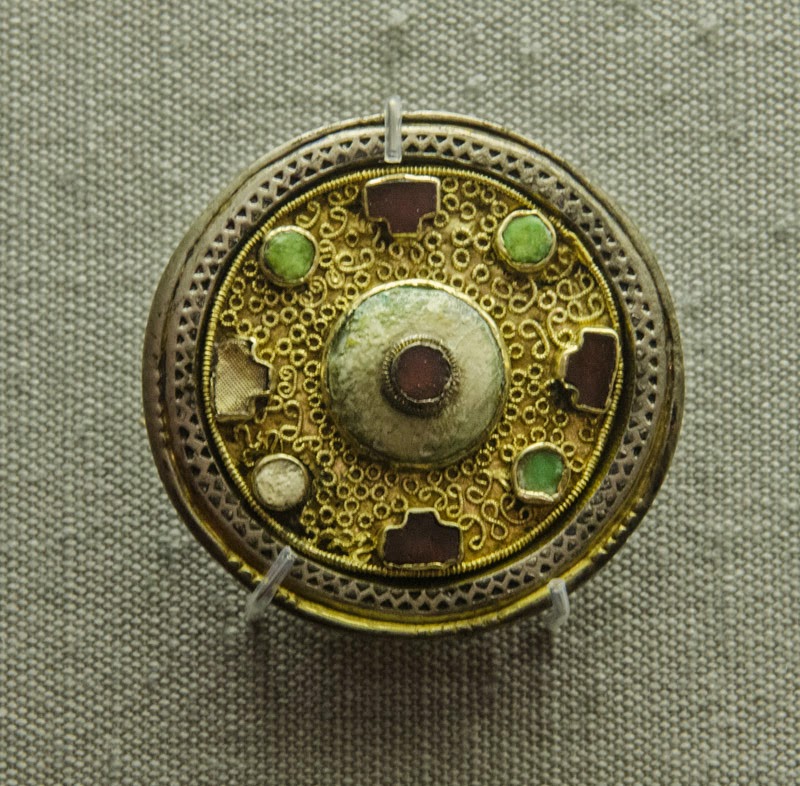 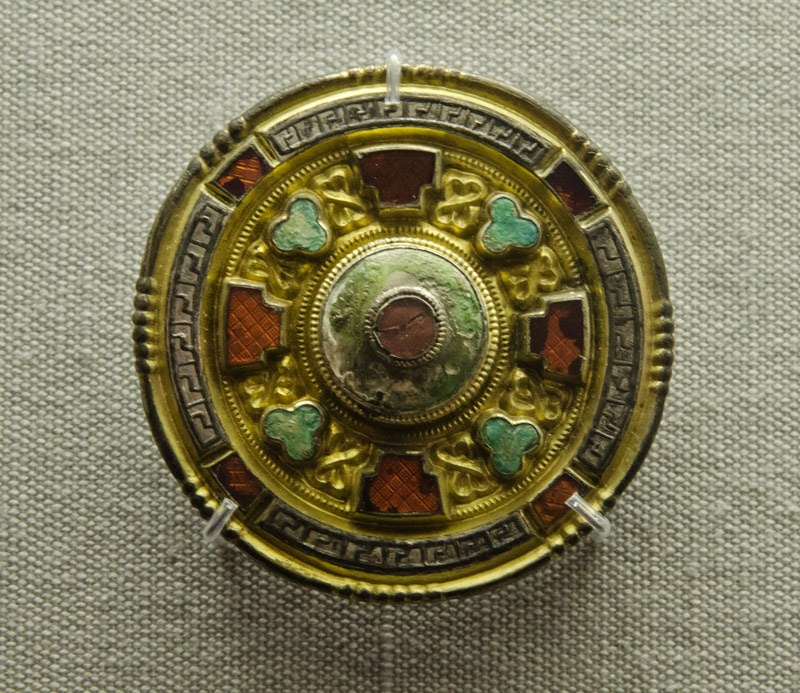 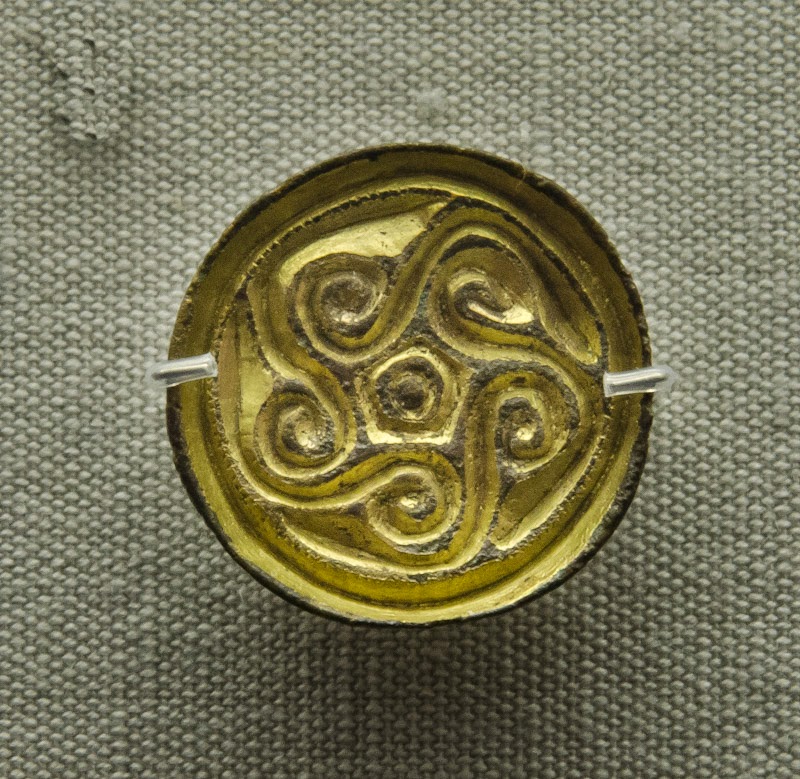 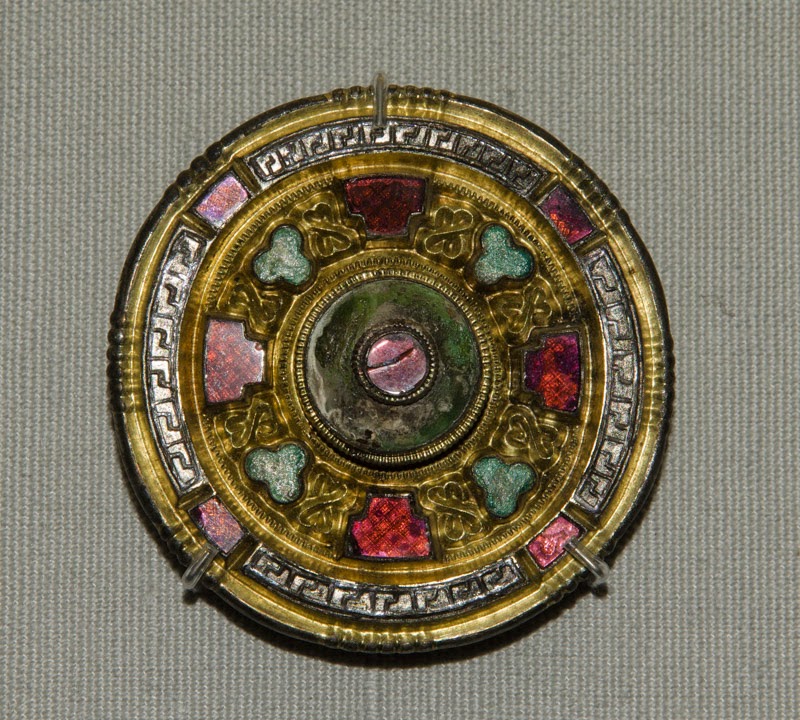 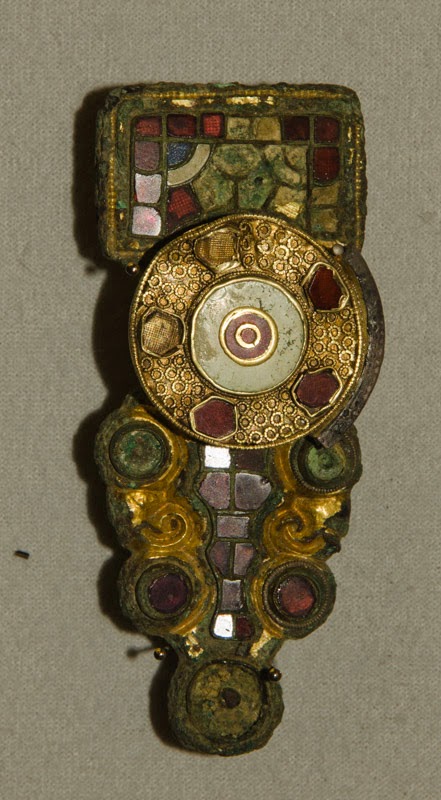 You can view both the Buckland burial which is the remains of a 6' Saxon male and this one the Wolverton burial which is a highly unusual double burial of two males. It's been laid out as it was found and had used an even older grave site. Interestingly bones and a skull had been brought in from elsewhere to embellish the top grave. 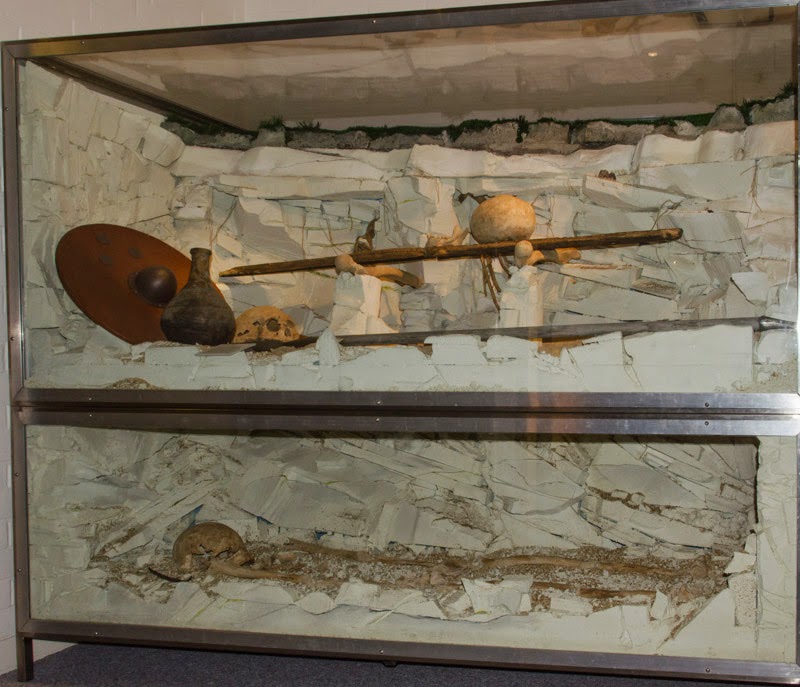 This is an Anglo Saxon gravestone which was found in Dover. Dated pre 650 AD it shows the crossover from Paganism to Christianity with the cross and the runes present. 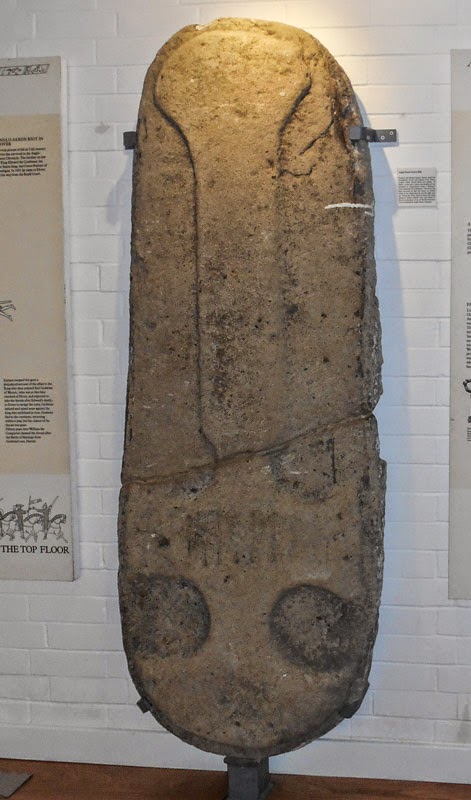 Amazingly this is a fossilised tree trunk. 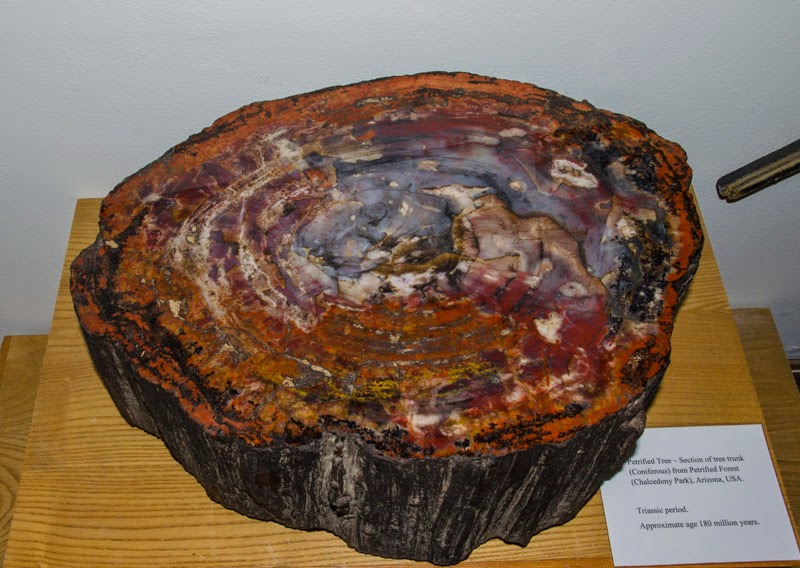 A drinking cup for those gentlemen battling with facial hair. 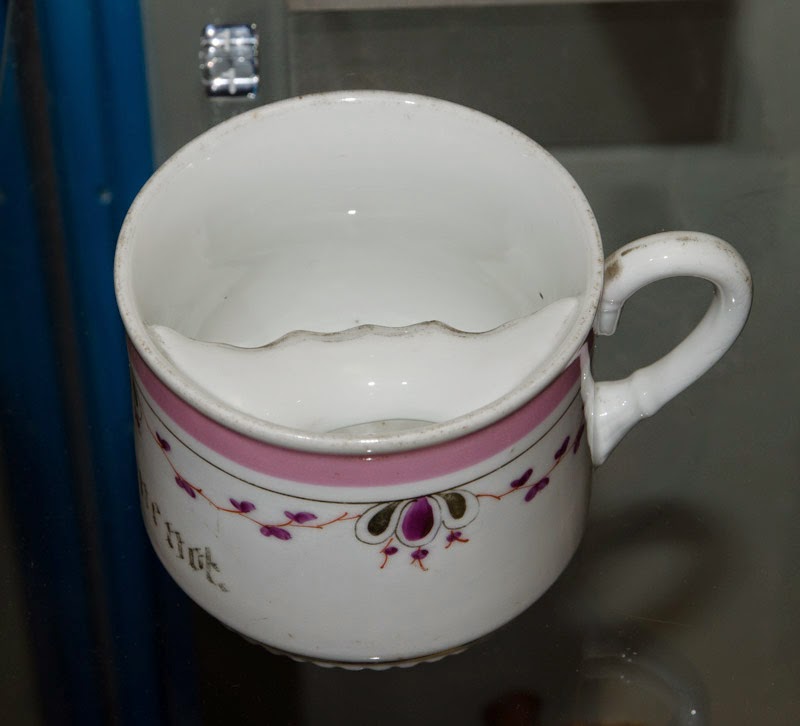 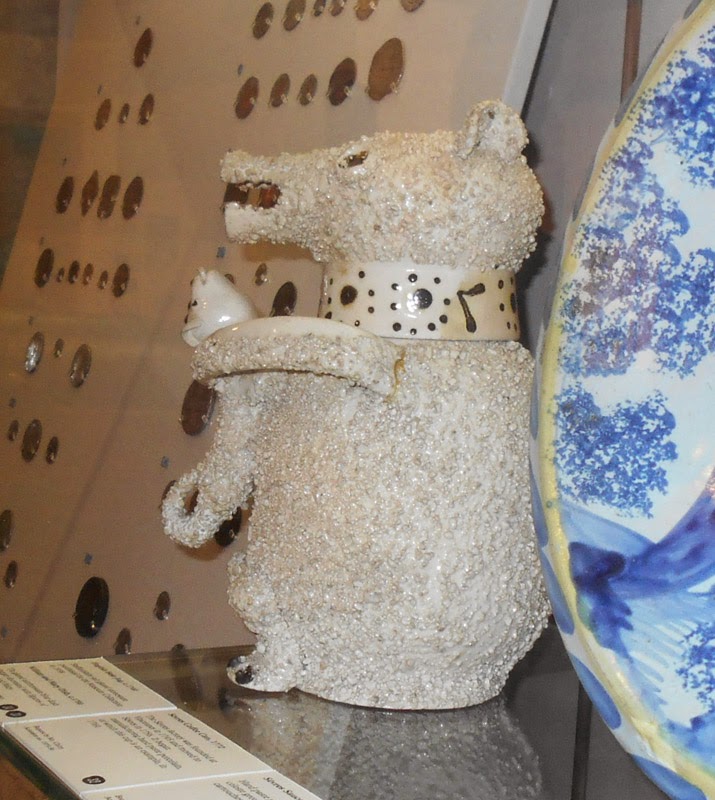 And this selection of eyecatching pieces. 1600 baby cap, 1630 French gambling purse, 1650 male embroidered glove [bit creepy....still looks like it's got a hand in there!] and a man's night cap. 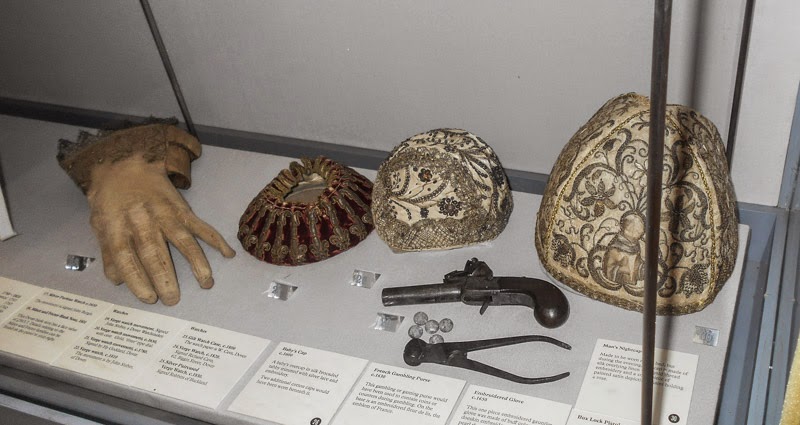 This is only a taster of what I saw....we took many more photos. If you are in the area and this is your kind of thing I highly recommend it. We parked in the carpark up the hill which is cheaper than the town centre ones.