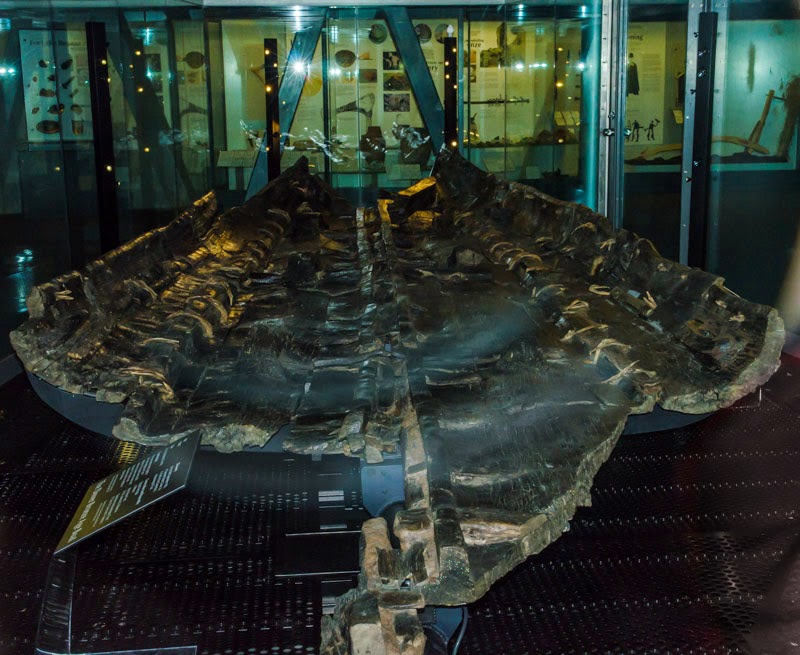 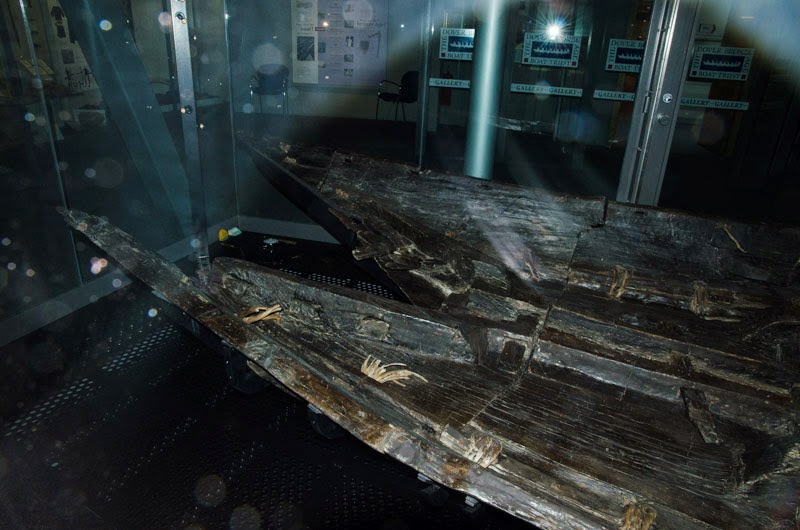 These two shots are of the 3600 year old Bronze Age boat found in Dover in 1992. Made from four oak planks it's held together with oak wedges stitched in place with yew withies. You can see the original stitches in the shot below. 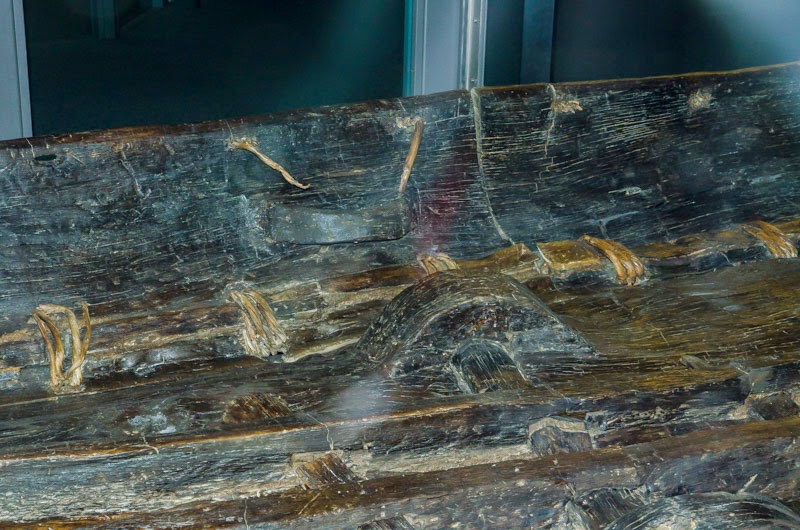 To make the craft waterproof the seams and stitch holes were packed with moss and beeswax.

Such a survival is incredibly rare but it is interesting to note that unlike the Mary Rose [the updated exhibition for that is equally fascinating] it didn't sink. Instead it was abandoned in antiquity and it seems likely that the missing timbers were retrieved and used elsewhere....reclamation Bronze Age style! Sand in the bottom suggests it was a sea going boat rather than a river one as the simpler log boat construction would have been far easier to construct and more than suitable for the inland waterways. Other Bronze Age boat finds on the seabed prove that there was cross channel trade in multiple goods.

An important part of archaeology is testing out theories so in 1996 a team went ahead and built part of a reconstruction using the same tools available at the time. Using chain saws to fell the trees it still took them six weeks but they found that the tools used were far more effective than they had anticipated. 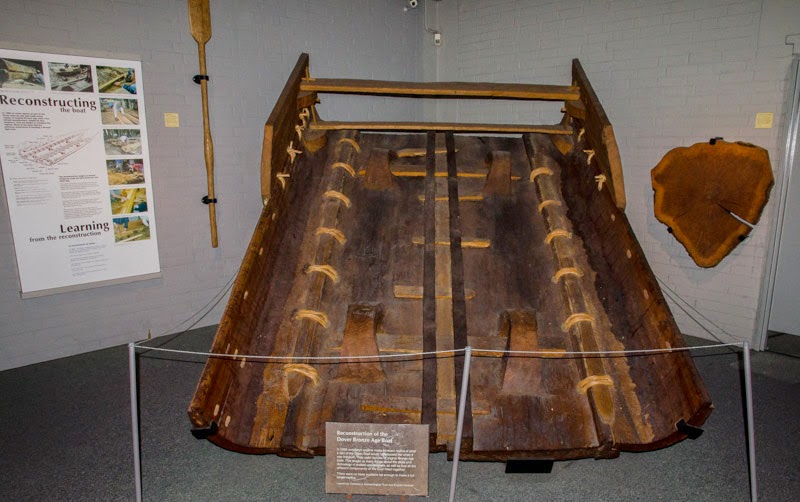 The boat gallery is one of a number of well laid out rooms at Dover Museum. Personally I found the information was presented in a very accessible way and was absolutely fascinating. At only £4 entry it's brilliant value. More about what I enjoyed on my visit in the next post.