You may just have noticed that I enjoy visiting churches. Although not a Christian [I respect the chosen ways of others so long as it doesn't harm them] there is a familiarity of being in a church. For me they are the most amazing time capsules and the sheer length of time some of them have stood is quite mind blowing. Nearly every visit adds to my historical knowledge of how the ordinary folks lived their lives and my latest mini vacances to Kent didn't disappoint.

To the best of my knowledge I have never seen these innocuous stone carvings before or if I have, I've certainly never paid them any attention yet as with buses you don't see any and then they all come along at once. These are mass dials and I saw them at two different churches. 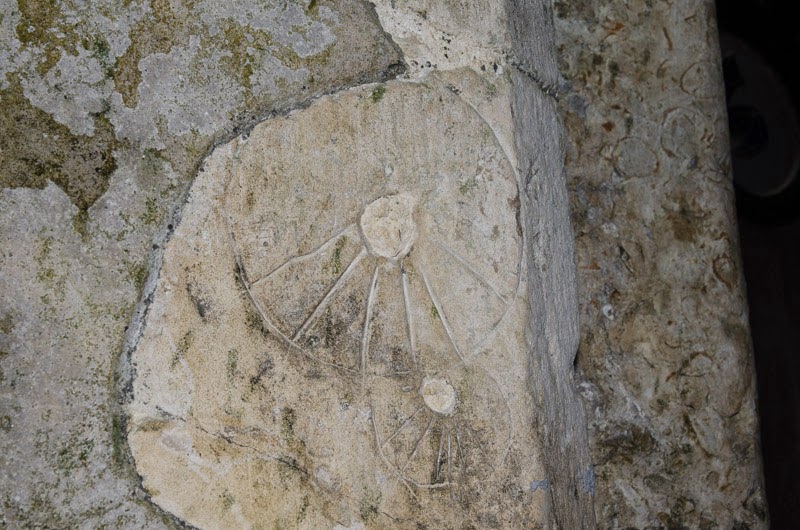 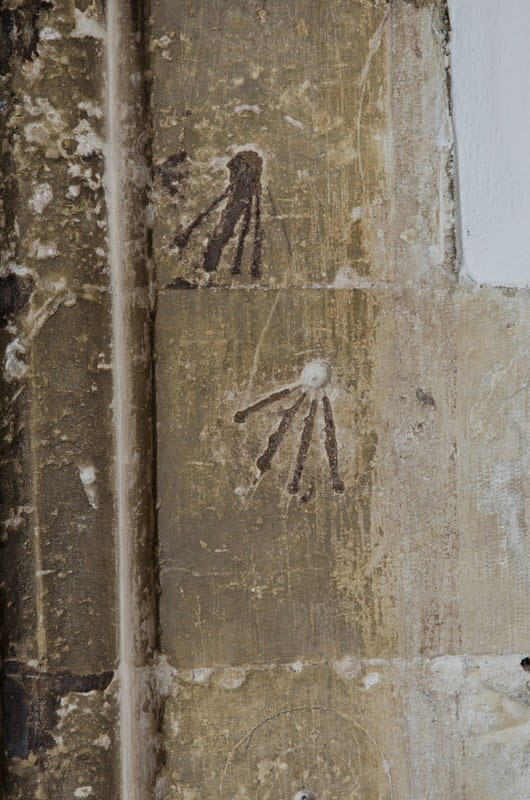 Seen on the door jamb they were a rudimentary form of sundial but designed not to tell the time but to show when it was time for mass. The earliest forms are Saxon but these examples are Medieval. At this time faith played a huge part in the lives of everyday people. It informed the choices they made and how they interpreted the experiences in their everyday life. Attending church and as part of this the prayers spaced throughout the day formed a major part of this daily ritual. Most were illiterate so were reliant upon the visual records of the mass dial to show them when to come. Prayers were set at the fixed times of Matins [pre dawn], Prime [3am], Terce [9am], Sext [12pm], None [3pm], Vespers [sun set] and Nocturnes [after sunset]. The simplest ones had three lines. Set into exterior walls at eye level the scratch dials had wooden pegs [called gnomon] would cast the sunlight against the appropriate line. Perhaps if it rained you just missed the prayers! The ones I saw no longer make sense in their current positions as later alterations have seen porches added which have covered them up.