The church of SS Peter and Paul turned out to be a bit of a stunner really. My heart always sinks when I read that the Victorians have meddled with the interior in their obsessive drive to "improve" [call that sanitise] everything, but for once they left well alone. Treasures abound- whether it be the early 14th century brass of a priest which is one of the oldest in the country, the recumbent tomb of Sir William Fitzwaryn with his crossed legs showing he was a crusader [this is a theory only] with his wife Amica alongside him [they were the grandparents of Dick Whittington's wife] or crusader crosses etched into the column bases there is much to please the eye.

However, it is the much more bonkers stuff that holds my attention. Bearing in mind these images would have been ordered and paid for by the church it makes all of the strangeness and at times downright bawdiness even more confusingly head scratching. Those who viewed them at the time would have understood them one assumes- whether they were a visual joke or a dire warning of the consequences of immoral conduct who knows. Some are hilarious and others I find somewhat disturbing.

The wooden ones are roof bosses and are not easily seen with the naked eye. Judging by the amount of dust it's been many years since they've been clearly visible, but some retain traces of paint so must have shown up a great deal more originally.Other than them being old [the hammerbeam roof is 15th century]and fairly crude in execution the information in the church makes absolutely no mention of them which is rather bizarre in itself. 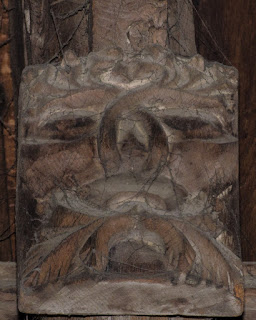 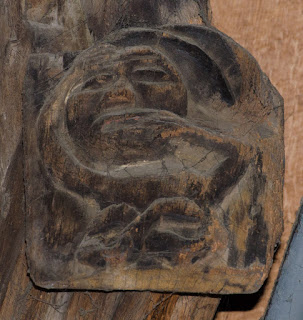 Couple of feline type of creatures. Interestingly the cat doesn't feature in the Bible but I'm sure many churches would have had them if only to keep the rodent numbers down. 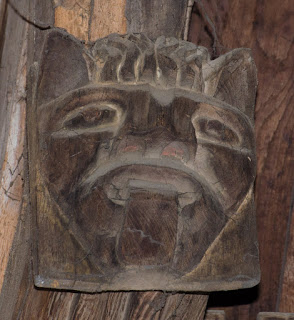 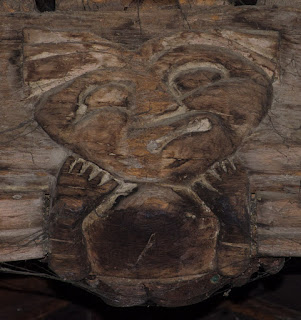 As for these....haven't the faintest idea except one figure is apparently swallowing a human. 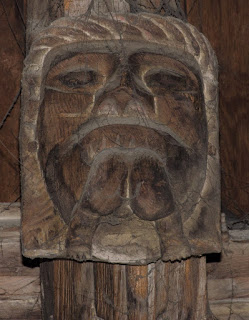 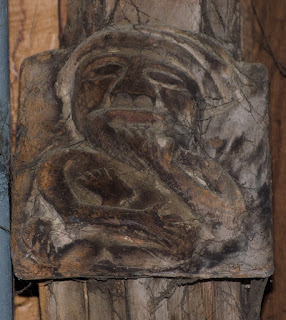 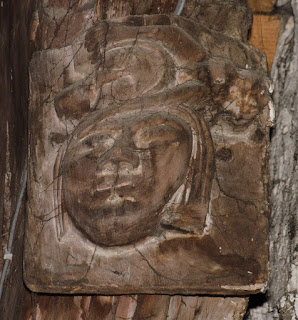 These meanwhile are described as "lively 15th century corbels". These are at eye level and are great fun with their hilarious expressions. The first chap probably has tooth ache poor soul. 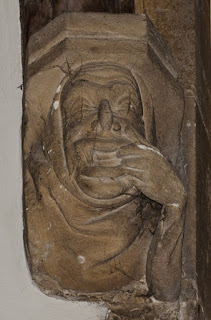 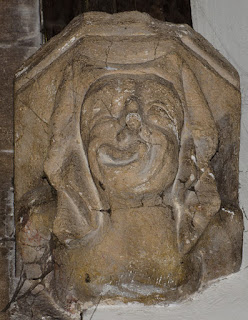 This final one though....well I was absolutely clueless so I sought advice from online chums who are far more knowledgeable about such matters. The verdict was that he was scratching and this was most probably down to him having worms. Ewww! 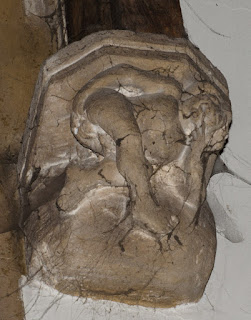 You've got to love a bit of church rudery now and again and this one certainly delivered!