Treatment of the Dead- Please don't read if squeamish!

Frankly, despite knowing diddly squat about the Pitt Rivers museum, I had low expectations [how I reached this conclusion despite not having done any research is anyone's guess really!] of what I was going to see. Memories of dusty items with yellowing labels stuck in cabinets like the museums of my childhood was just about it. Thankfully, I was wrong....very wrong. Yes, the collections are old but the displays are dynamic and new items are being added all the time.

This one was a bit of a shock and not one I was quite prepared for on a dull Wednesday morning!

Shock, revulsion, beautiful, fascinating...these were all the words that went through my head as I viewed the exhibits that the collectors had brought back from all over the world. Initially seeing what had been done to some of the remains of their enemies by different cultures it seemed barbaric but then I remembered that similar things have happened here and are still happening. Such acts may seem dark but the act of taking a head was socially approved and there to keep order. The processes of creating the shrunken heads [known as tsantas] was incredibly complex. Many were not actually human but those of sloths and monkeys. The examples shown are a mixture. The heads were worn on a string around the neck of the man who had taken it at three ritual feasts in order to transfer the soul within it to the tribal group. After that it served no further use and was then often traded. 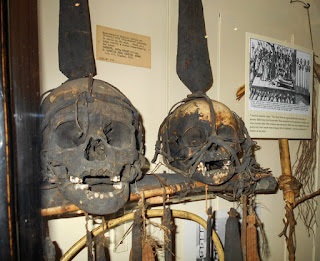 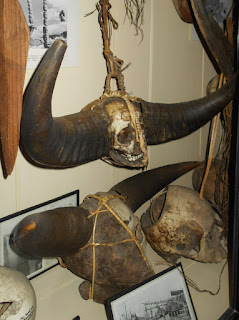 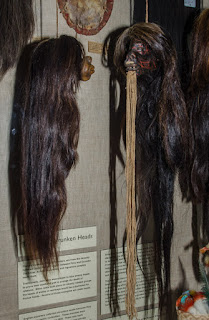 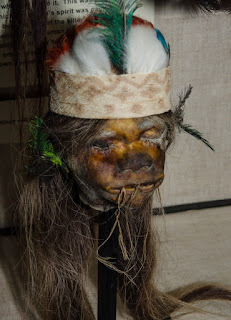 To keep the balance there are also cases of beautifully decorated skulls carefully prepared before burial. The hats were to be worn by the skull of a female on the final night of the memorial feast. 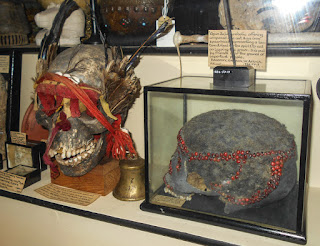 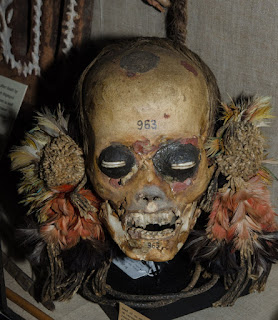 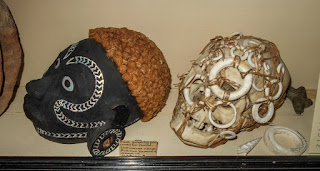 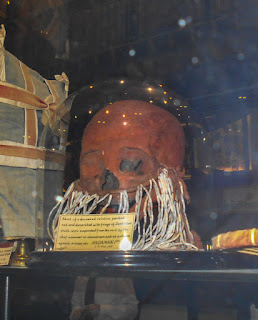 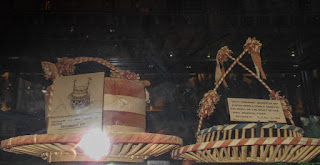 There was an alluring beauty to some of these which left me feeling surprisingly moved. The museum has presented the remains very carefully and reading its website it regularly review its displays. Maybe one day these will be returned to their original owners- recently an aborigine was returned on request. I shall be interested to see how this develops over time.