Not Found Wanting At Wantage

In my 'umble opinion Wantage is a rather splendid place to have a pitstop and a mooch about for a couple of hours when travelling. Lots of attractive buildings, plenty of coffee shops, free two hours of parking and a church full of many visual treasures [more of that tomorrow] There is a familial connection with the place as my inlaws lived here briefly before their passing but as ever when we did visit we a different agenda.

Reputedly the town is the birthplace of King Alfred in AD 849 but the exact location is unknown. If the truth be told the whole business is a tad shaky but hey if you've got a claim to fame why not flaunt it with a bleeding great statue right in the centre where nobody's going to miss it. 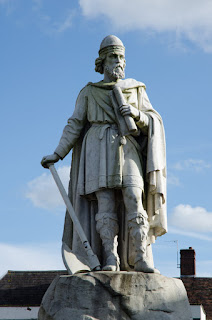 This was commissioned and paid for by one Colonel Loyd Lindsay and whilst he was at it he also selflessly posed for it. Well you can do that sort of thing when you're Lord Wantage can't you! To ensure Queen Vicky remained amused [it was such a disappointment when I learnt that she never uttered those words for which she is most famous] the work was done by her sculptor nephew Feodore, Count Gleichen of Hohenlohe.

I always appreciate the randomness a flying visit produces. These are a selection of shots which we took between us we as strode out purposefully to track down a suitable establishment for the procurement of victuals. I think that there might have been a bit of fun being poked at the Health and Safety rules...according to the sign just off the edge of the last picture one of the Christmas Elves had decided to stay on in a new capacity! 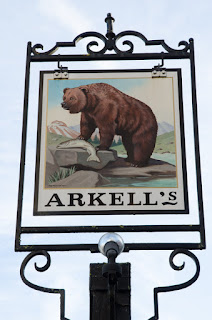 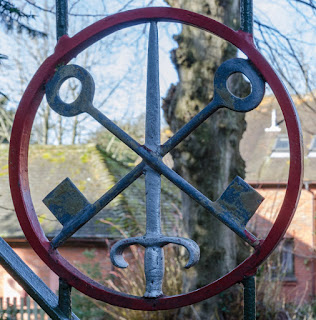 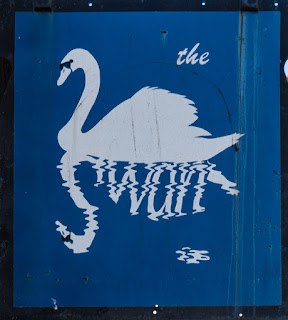 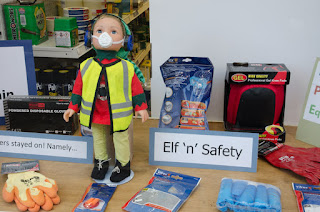 In the end we plumped for the cafe within the free museum. It's well laid out with many eye catching exhibits. At the moment it is running a small exhibition about the Temple Dig at Trendles [trendle is old English meaning circular] in nearby Marcham. I was staggered by the state of preservation of this Roman willow basket- it was possibly used for carrying medicine for healing ceremonies or votive offers. 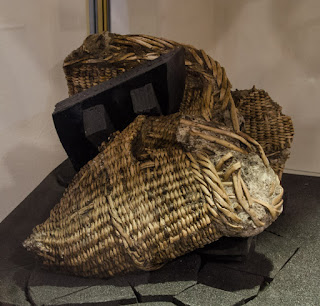