The Many Faces of Leominster

A quirky place with a good atmosphere and a plethora of free things to keep one old bird with a short attention span and a low boredom threshold happy is always going to get my vote.

Besides a good quality local museum with tales of its own to tell we popped into Grange Court. 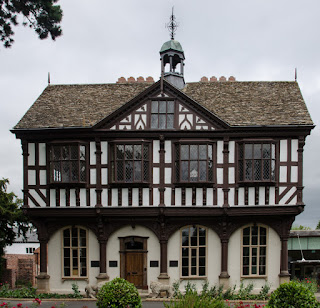 It was built as a market hall in 1633 by John Abel [the ground floor would originally have been open plan] and is now used for civic functions. If you want a quick run down on the history of the town then the exhibition and the embroidered panels [no photos allowed] bring you quickly up to speed. For me of course it's the kooky characters on the outside which gaze down at you which I spotted. There's definitely a prototype for Darth Vader up there and a couple who look like they've had a major spat amongst the glories. 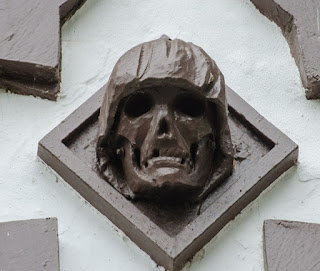 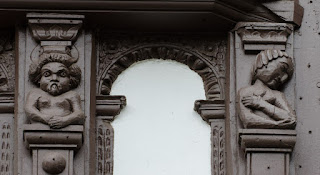 The place was moved to its present location at the edge of the park in 1859 and looks across to this rather strange fellow pushing a roller in the flower bed. The dog owners were just across the way. The figure is a stone's throw from the war memorial and my final glimpse of this bench next to it I thought was a moving final touch. 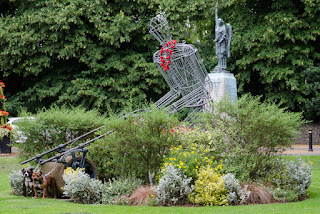 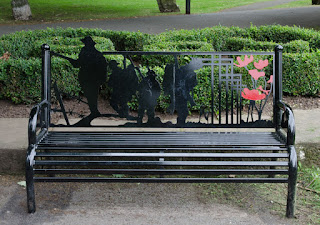 Phew that's me caught up now.....can I lie down in a darkened room with a small sweet sherry now please!!