It's not often that I repeat a walk, but with the practicalities of things like toilets being shut I'm not tempted to go too far afield. At the moment I have every other Monday off work as my client is not in a position to restart at the moment so might as well make hay while the sun shines eh. Perfect excuse to catch up with friend E....working on the assumption that a fresh pair of eyes will spot different things it was definitely the case here! We redid the Lake Vann walk round Ockley from a couple of weeks ago and as before we virtually had it to ourselves all the way round.

Wild cherries and a  pink poppy at the field's edge.  You never know what you might encounter on your way round....we clocked a treecreeper, a roe deer and the remains of various dinners including a rabbit's leg which was likely to have been dropped by a bird of prey like a kite. I resisted the urge to take a photo of that particular example in favour of this rather prettier broken shell. 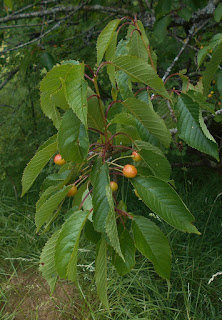 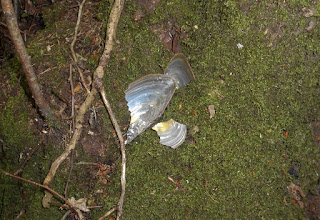 Ockley is blessed with some lovely architectural details...these are a few I missed the first time round. In my previous post I swore I would go back and get a picture of the village well. Accomplished! It was paid for by a former governess, Jane Scott, who also paid for the school. She wanted the poor inhabitents of the parish to have access to water during the dry months. 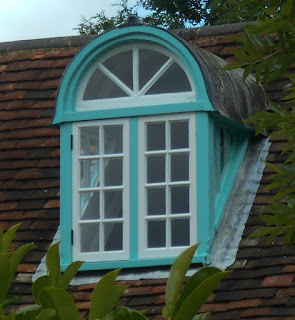 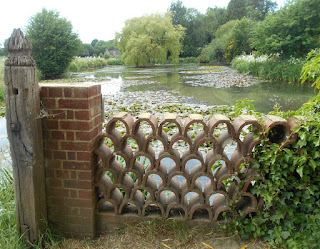 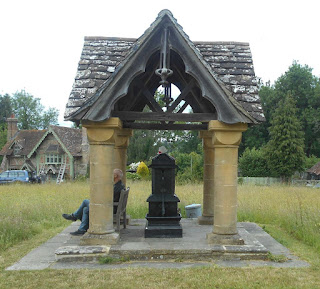 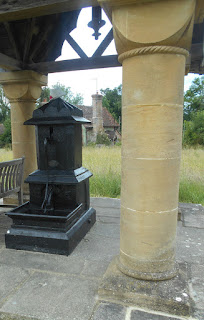 It was E's first foray out of her village since we went into lockdown So good to see one another and recommence our adventuring, even in its current scaled back form!