Up And About Early

Mr GBT and I have made a mutual decision to get going that bit earlier than we normally would for a weekend walk now that we can take unlimited exercise. It hopefully means less people around.....on Sunday we saw two people with their dogs on the entire route, but I'm not convinced it would have been that busy later on to be honest....I'm just working on the basis that if lots of people are talking about visiting anywhere locally at the moment then I'll give it a miss for now!

The Vann Lake Nature Reserve sits behind the Surrey village of Ockley. It's a piece of ancient woodland with the manmade lake at its centre which was originally dammed to form a hammerpond for a mill that was never built. We glimpsed a few butterflies and enjoyed the antics of a grey wagtail at the water's edge, but nothing was staying put long enough to be photographed. Supposedly it's very good for fungi so another visit in the autumn sounds like a good idea. 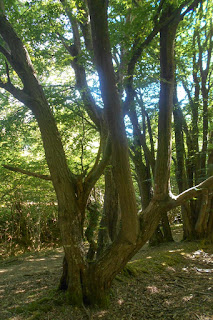 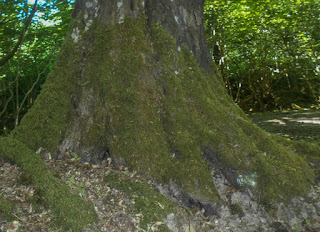 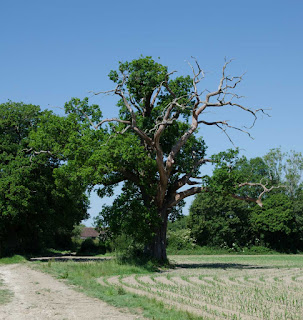 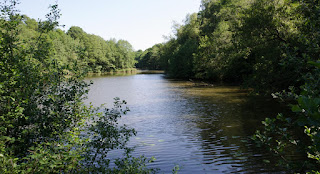 Our walk took us back into the village itself on the loop back to the car. Ockley is a long thin village strung out along either side of the Roman Stane Street rather like washing hung out on the line. We didn't see all of it, but took a pleasant meander around the extensive cricket ground and green. Some lovely buildings to be seen and enjoyed.

The original windmill was built in 1803, but after 150 years only the brick plinth remained. In 2005 it was taken on as a restoration project and is now a private home. The decision has been taken not to put the sails back on. 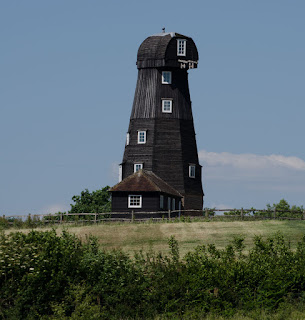 Another project...this time a derelict barn that is being rebuilt. I would imagine this is going to be another home when it's finished.

A quintessentially British building...the cricket pavilion. I wonder if the sound of leather on willow will be back with us by the end of the summer? 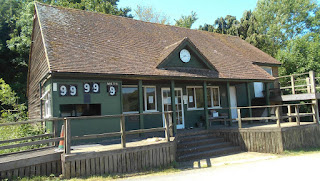 This Victorian school and a well [lots of people around it so no photo of that one I'm afraid] were donated to the village by a retired governess called Jane Scott. I can only presume the porch was put on at a later date as her name has been rather obscured! 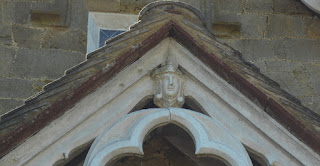 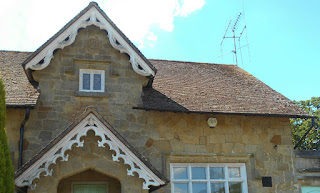 The village pond [private fishing only.....I suspect the local heron ignores that particular rule] and one of the stunning older properties. 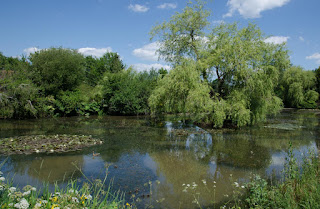 This one is my favourite though.....fabulous details on the exterior. 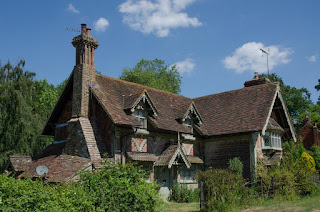 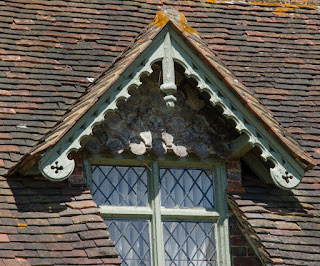 More plans afoot for under our nose type discoveries hopefully this coming weekend!