We're still sticking to our locality, but it's always good to have a friend with you who's lived here all her life [she can trace her family back 400 years in the same village!] so you learn all sorts of scraps.

One thing you can almost guarantee when you head out into the Wealden countryside round here is a slew of gorgeous timber framed farmhouses. When you consider that they were thrown up and not really expected to last how the original inhabitents would be scratching their heads in amazement that so many are still standing. 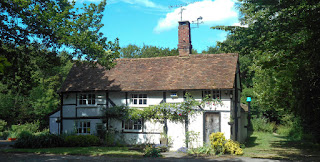 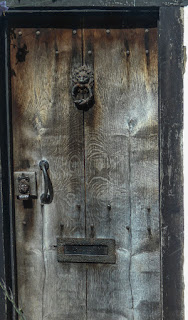 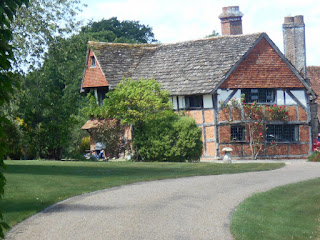 Not everything was in such good nick sadly . The door may have been padlocked... 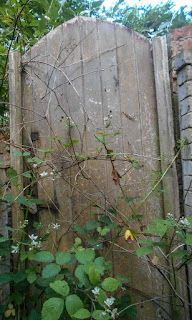 but, as you can see, security's not a big issue these days with this particular building. 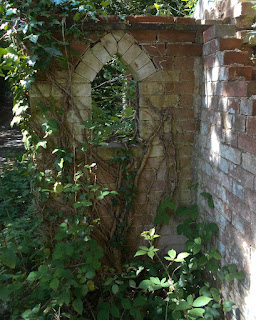 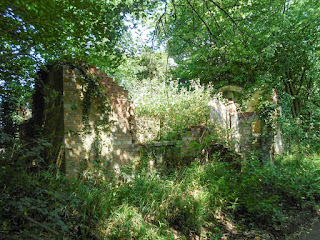 It started out life as a school in 1874 for the tiny village of Rowhook [designed by a local architect called Gordon M Hills] and later on was converted into a mission room. It remained in use until 1948 when it then was passed back and forth between various tenants. Sadly it wasn't maintained and had fallen into disrepair by the 1960s. There was talk of the parish council who own it selling it on to be converted into a private house at some point, but it transpired that under the 1841 Schools Act the site could only be used if the money was put towards building a school elsewhere. The law has changed since then, but for this little forlorn pile of bricks its fate had already been sealed and there it sits quietly being reclaimed by Mother Nature.

However, elsewhere we encountered historical remnants from an earlier era being put to good use. 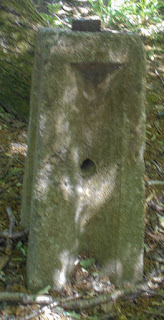 These looked for all the world like bollards except each one was rather oddly numbered. They started out life being used for rail track alignment and are called monuments. Seeing as dear old Dr Beeching did away with this line back in 1966 it's good to see someone has given them a new lease of life.