We repeated much of the walk we did a couple of weeks ago, but this time we were able to join our very good friends P & C and started from the village where they live. It gave me a whole different perspective and new things to learn!

This house has a false window which I would never have noticed had C not pointed it out. I wondered if it was to do with the old window tax, but the property is early 19th century so is too late. It's grade II listed and may originally have been two cottages. As soon as I shared it on our local FB group somebody told me that the brickwork is called rattrap brickwork. 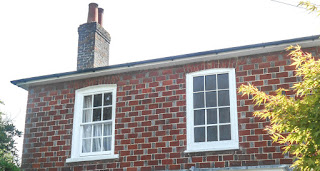 I asked specifically if I could be shown this as I've developed a mild obsession with pillboxes since being restricted to my locality. I knew of a couple of local ones, but there are many more which were built in a long line to defend the local river Arun. This one was constructed in 1940 or 1941, but is on private land so can only be admired from a distance. 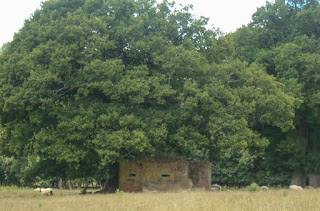 In truth I didn't expect to have anything to show for this fellow bar a brown smudge. This rather dull brown dragonfly settled at quite a distance away and I had to use my full zoom on my little press and point camera. My hands were shaking so it didn't bode well....I was rather surprised to realise it was not only in focus, but had also picked up the beautiful iridescent wings and the colour on the body which I hadn't been able to see with the naked eye. A call out on social media for help identifying it has provided me with the information that it's a male Broad Bodied Chaser. A first for me. 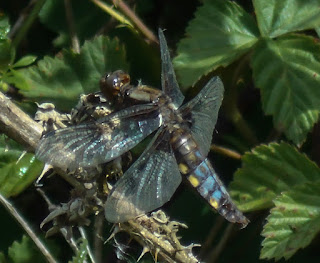