A date from so many years ago might seem like a funny thing to use as a blog post title. I don't recall what happened during the daytime except I was pretty fed up by the late afternoon [probably tired with looking after an energetic little boy] and my friend WW's car had broken down. At that time I was a member of a now defunct group called Positive Living which used to have monthly speakers on a variety of spiritual topics. That month it was by a stonecircle builder and frankly I thought I'd probably give it a miss as I had visions of a slide show of naff things this chap would have made for your garden. At the last minute WW and I had a change of heart and decided to go. Arriving there to be met by a bloke in a purple cloak with a dog and long grey hair surrounded by crystals didn't do much to change my mind.

Then this chap spoke and I was mesmerised from the word go. In front of me was a person who managed to be erudite, charming, magical yet refreshingly grounded, funny and real. His name was Ivan Macbeth and he was indeed a stone circle builder [amongst many other things], but full sized ones including the one at Worthy Farm where they hold the Glasto Music Festival. He described the camps they held and the tales of how he and the volunteers built them.....you know the photo of the proud angler with the biggest fish...his equivalent was the biggest stone from the quarry. More importantly still he was a Druid and in those couple of hours he brought together all the soul searching I had done to find out which spiritual path I should be on. I had tried and discarded various things knowing that they simply didn't align with my personal beliefs and from that moment on I found my tribe. He literally gifted me a life changing moment and set me off on a different course. I might not remember much of what he said, but I do remember I was so excited I didn't sleep that night and I was tingling with excitement for the next couple of days. Anyone who knows me in real life will know that I am usually a very measured person who keeps their emotions tightly in check so it really was a huge thing for me. For once I actually committed my feelings about the experience to paper.

Since that day my Druidry has presented itself in a very different form that suits my personality and I am perfectly happy with the idea of my being a Solitary Druid rather than being in any groups. I haven't kept up with Ivan MacBeth until recently when I was sorry to learn that he died suddenly in 2016. However, I did find out just a few weeks ago that one of his circles was within half an hour of here and so I made it my mission to visit it as soon as we could travel further afield again. Yesterday was that day....the quietly impressive Dragonstones in Hascombe. They might be modern in the sense of only being erected a few years ago, but the stones themselves are ancient and come from Portland. We had the place to ourselves and without a doubt I shall return many more times. 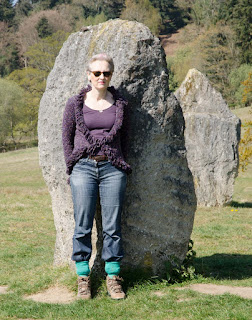 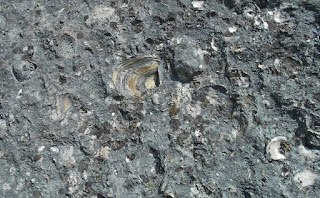 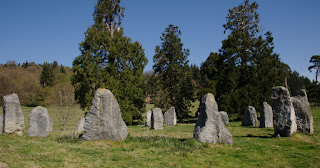