Living both in Sussex and in Hampshire as a student [with friends and family still there] has meant that I have travelled along the A272 many times. It runs from Heathfield in East Sussex all the way over to Winchester and for large stretches it's a very windy affair that forces you to slow right down as you get stuck behind the inevitable horse boxes or tractors with few passing places. One chap was so taken with it that he even wrote a book in its honour called "An Ode to a Road" by P Boogaart [of course I have a copy...its's fascinating just what you can stop off and see along its route].

Having got through the grunt work quicker than anticipated I floated the idea of our own very mini A272 tour [all of about 5 miles of it] which would get us just beyond the town, let us see something new, but stay local. Mr GBT is a good sport and was happy to have a little Sunday drive in the sunshine.

Now it certainly isn't everyday you encounter a lifesized replica of the Vickers Supermarine Spitfire MK IX in a pub garden, but this is no ordinary pub. The Selsey Arms is next door to the Coolham Airfield [this post is from when I visited http://gnatbottomedtowers.blogspot.com/2019/10/every-four-days.html and already has a lot of WWII memorabilia. It was taken over relatively recently by new landlords and then we went into the first lockdown fairly shortly afterwards....this is what the landlord did with his spare time! It's incredible and has a 10m wingspan! 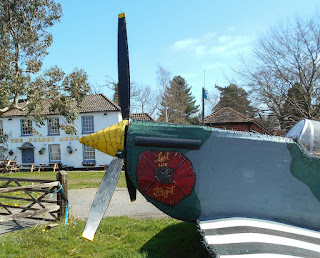 This rather splendid fellow has appeared very recently, after a tree came down near the Blue Idol Quaker Meeting House http://gnatbottomedtowers.blogspot.com/search?q=blue+idol a few weeks ago. I wish I could attribute the carver, but it's an unknown...so lovely that somebody has already breathed new life into the fallen branches. 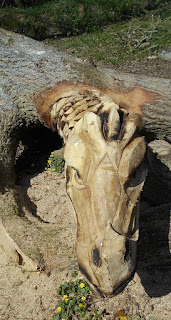 Below is my third target....the remains of a Sussex smock mill called Hammond's Mill which has been restored and now sits in the middle of one of the huge housing estates that are springing up all round the edges of a nearby village called Billingshurst. It was built in 1825, but was damaged in 1895 when the apprentice allowed the sails to be tailwinded by gales. For a while it continued to be used as a hen house. Imagine my delight when I found out only yesterday that a windmill specialist is called a molinologist. Talk about perfect timing! 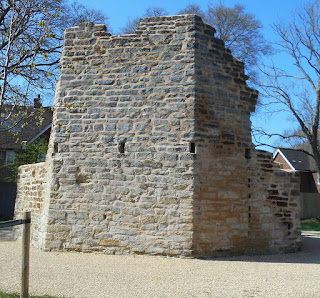 It's simply amazing to be able to go just that little bit further.
Arilx