The trouble with library books I find is that they send me down all sorts of rabbit holes....all it needed was one comment about a unicorn to get me out of my front door and into the sunshine. Perhaps you'd like to grab an icecream and join me on my quest.

Whilst Banksy might have been busy paintings all sorts of thought provoking art work on his holidays in East Anglia this has appeared near here....perhaps not quite on the same level. More of a "room for improvement"! 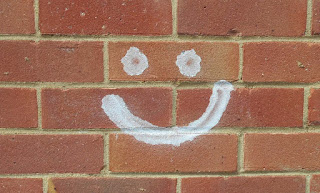 The borders running by the side of one of the town's surgeries have been planted up with wild flower seeds. It's caught my eye several times and finally managed to have my camera with me to capture its transitory beauty. 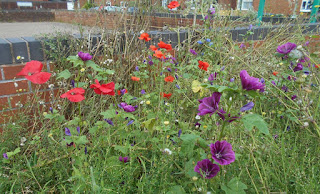 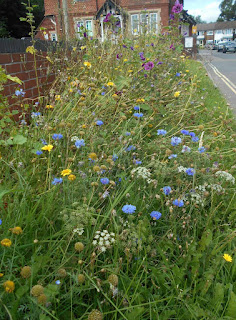 The Victorian Provender Mill. At one time it ground corn and was powered by water. It sits tucked away behind foliage in a corner and I haven't really looked at it properly before. It's now been converted into flats and has the first of today's sundials on its front. Restored in 1990 [so some other kind soul told me]. 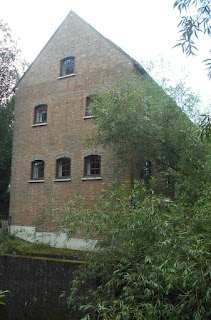 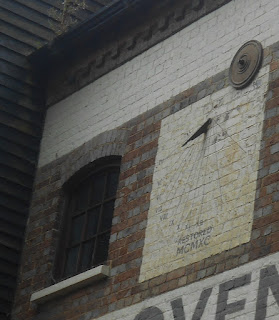 This next sundial is my personal favourite and is one I've shown before http://gnatbottomedtowers.blogspot.com/2015/09/our-local-sundial.html This was why I was so surprised to learn that there was not only a unicorn that I'd missed but also a dragon. Well I did find them this time but they're right at the bottom and only 2" apiece. Hardly surprising really is it then.   That even diddier looking chap sitting up in the tree [how huge is that hedgehog in the foreground👀] is meant to be St Leonard who gives his name to one of the local woods and was reputedly a hermit...I told his legend here http://gnatbottomedtowers.blogspot.com/2020/11/saturdays-stroll.html 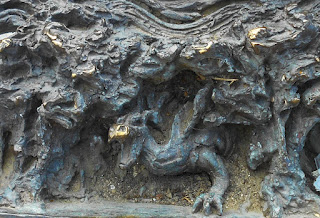 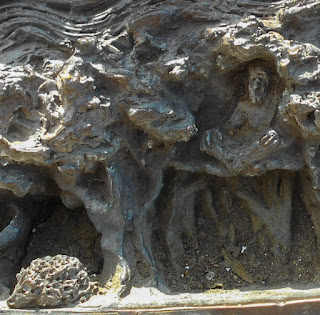 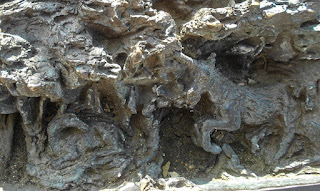 Feeling rather smug with myself at having hunted down my prey I headed off for the conservation area. Put that camera away Aril you know it like the back of your hand...so why the heck is there some plastic lizard nailed to the clapboard frontage on one of the houses that I've never seen before. Apparently it's been there since the late 1970s when the fellow who was lodging there brought it back from his holiday in Greece. At the time he worked for the RSPCA whose headquarters was across the road back then [it's moved to new premises on the outskirts of Horsham now]. The chap is now deceased but was quite a character by all accounts and there is stays in memory of him! 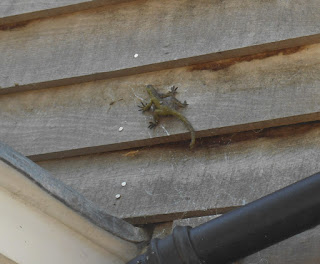 I love a cheery painted door and if it has some panes of bullseye glass all the better. It's a lot more exciting than some of the modern office doors we've got round here. 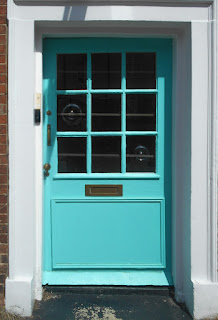 This is a new and very much welcomed initiative in the town. It's been permanently set up in one of the empty retail units and offers all sorts of free services around healthy eating and lifestyle aswell as taster exercise sessions. The community fridge operates out of here too. 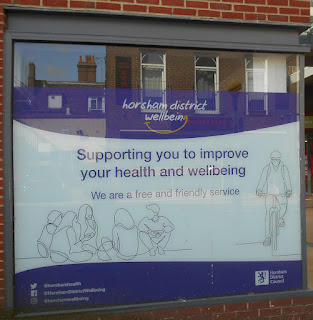 When compared to some of the medieval buildings you can find in the town centre this one may not have any great age to it [mid 19th century], but its form is imaginative and rather pleasing with all the curves. 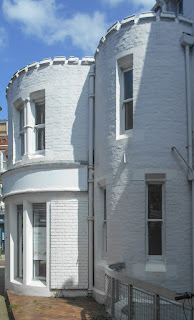 Out of the town centre and onto the local park to revisit my final sundial on the walk. This fellow sits slap bang in the middle of the Park House Garden which was opened in 1991 by Lord Snowdon. It's more commonly known as the sensory garden as all the beds are of a height and planted thoughtfully in such a way that everyone who visits including those who are blind, partially sighted or disabled can enjoy it. Recently it's undergone a makeover and so now he sporting some rather natty gold highlights in his beard. 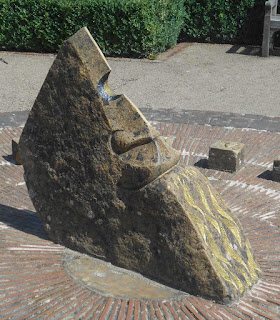 Some years ago our registry office moved out of our old town hall [now a restaurant] and into Park House which was once the home of the well appointed Hurst family. Nowadays it's council owned and their former garden a public space. My friend's daughter got married recently and this was where she had her wedding photos taken. With a few shots of the flowers currently blooming it's a gorgeous spot for any celebration. As for me...well I have totally fallen for those double hollyhocks. I had no idea they even existed! 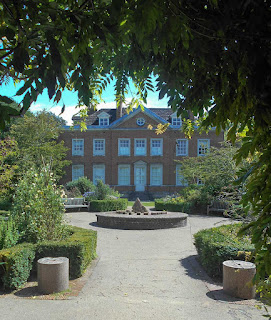 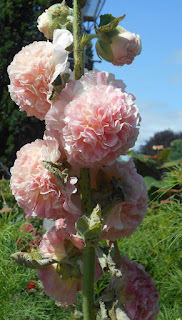 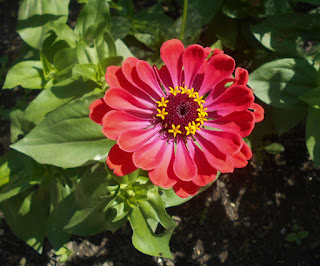 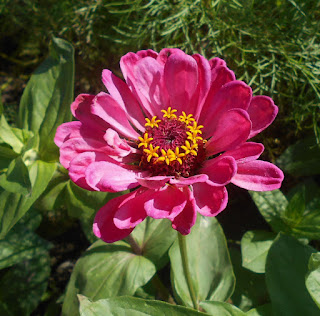 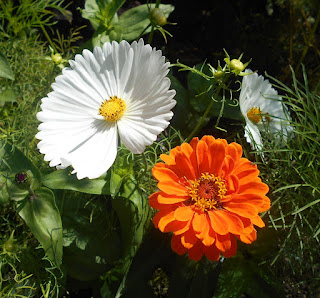 Hope you enjoyed my latest mini tour of my home town.
Arilx
PS The next post is likely to be of a more gruesome nature as I'll be touching upon an historic murder. Please feel free to give it a miss if you don't like photos of human body parts!