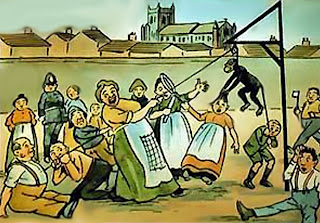 This is one of the most well known tales associated with Hartlepool. The story goes that during the Napoleonic wars a French ship was wrecked off the Hartlepool coast. There was a very real fear of French invasion and thus, when the only survivor, a monkey dressed in military uniform, emerged it was believed it was a spy. Following a beach trial it was hung and since then the good folks of the town have been known as monkey hangers. More than likely just to be a jolly good yarn the event has been recorded in "The Monkey Song" which is performed by the folk band The Teeside Fettlers. 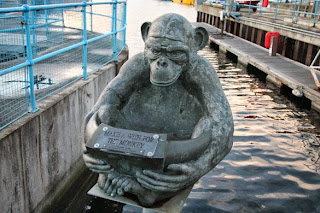 I initially came across this curious episode with my Morris side, Mythago, as they too perform a dance inspired by this probable folktale. It is simply called Spank the Monkey- it is one I have yet to master!