No don't worry you're not about to receive a lecture on insurance or anything sensible like that...this is more to do with how people protected themselves from The Evil Eye in yesteryear. The more I read the more apparent it becomes to me that the fear of witchcraft was a very real one and people took many steps to try and keep both themselves and their surroundings safe. These are some of the snippets I have come across in various wonderings and wanderings in recentish times.

Domestically I've seen the evidence of old shoes and a mummified cat at our local museum which were found between the walls and in the roofs in local homes and the witch bottles filled with pins, human hair, urine and other lovelies buried under the doorstep or within the house structure where it was believedwitches could gain access. This is a Bellarmine jar which was often used for this purpose and there are many examples on display at the Museum of Witchcraft in Boscastle. 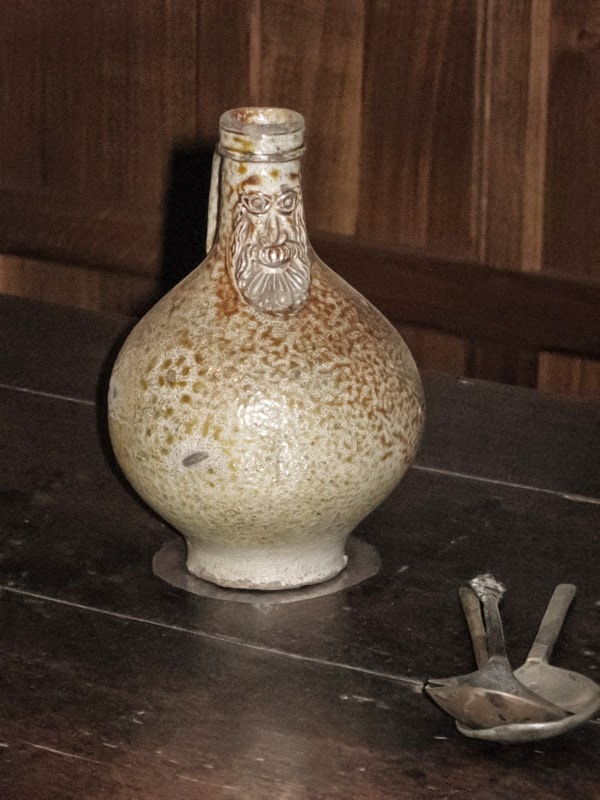 I mentioned in a previous post the possibility that this farmhouse at St Fagan's may have been painted red deliberately to ward off evil but interestingly it also had a rowan tree growing next to it which is known as a protective tree. 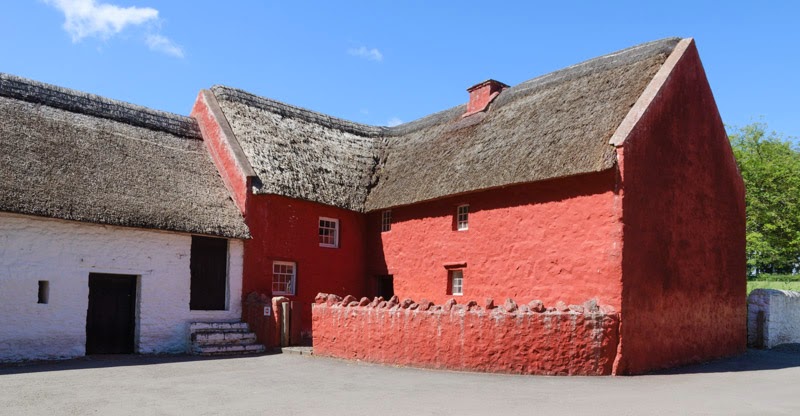 Even mundane household items could be used as talismen. Iron firebacks were decorated with apotropaic symbols to stop evil spirits from coming down the chimney. Today many of us take a more rational view of such perceived dangers but if you have a horse brass or a horse shoe within your home these are still seen as protection amulets in some quarters.

When I visited the Geffrye Museum http://www.geffrye-museum.org.uk/ [a free museum in Shoreditch and well worth seeing] I noticed that one of the cots they had on display had an eye carved on the headboard. Later on I found that was to keep the child safe. I now understand why I saw an eye on St Bartholew's, Benthall Hall in Shropshire as this is representing the eye of God. 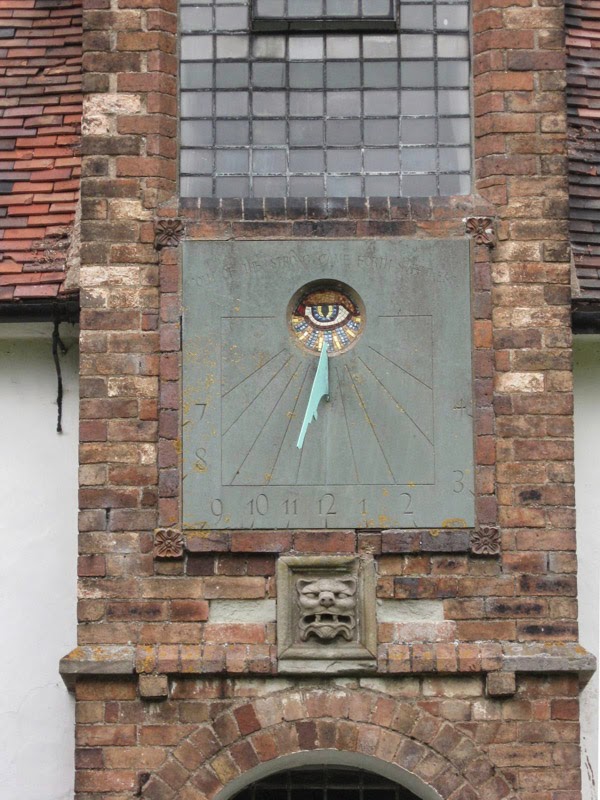 In its heyday some of the folkloric suggestions ran to putting food on your doorstep for witches, putting salt in your keyholes or killing a cockerel and hanging its tail feathers on the stable door. A more modern take on this is black salt which W and I made last week. I have been told that if you sprinkle it across your doorstep an unwanted visitor will take it out on their shoes and not return.
Fear not though for us this was just a fun exercise in using some of the black food dye I recently bought and I only intend to use it in some dotty Halloween cooking. Thankfully I don't have such callers!

PS For anyone interested the term "threshold" comes from the thresh [ie the left over gubbins from the harvest] that used to be spread over the floors pre carpets. Fine until you had your door open and a gust of wind blew it all out. Solution- piece of wood across your door to hold in the thresh. Well you knew I wouldn't be able to resist didn't you!